The latest from the creators of Fluxx

Following the massive Kickstarter success of 2016’s Pyramid Arcade compilation, Looney Labs have released a quartet of both complementary and stand-alone additions to their Looney Pyramid catalogue.

Nomids acts as an entry point to what Andy Looney describes as his ‘gaming system’ -  à la a deck of cards - which utilises his unique playing pieces as key components for over 500 games. Included in the small, retro-inspired box, courtesy of graphic designer Eileen Tjan, are ten sets of uniquely coloured pyramid ‘trios’ and a single die. Accompanying them is a brief introduction to the system and its history, alongside rules for Nomids and a further three games, including Treehouse, a classic from the earlier days of Looney Pyramids. 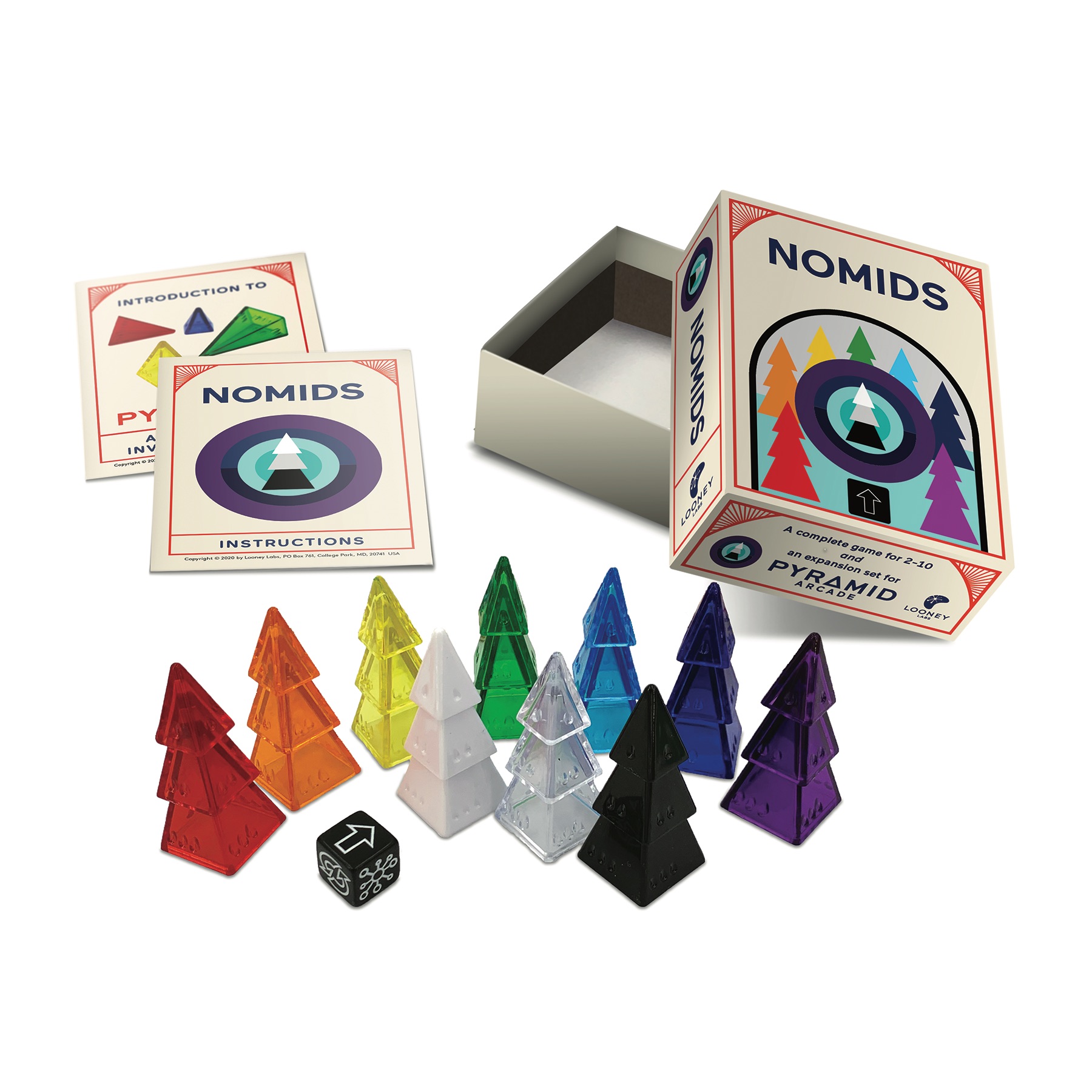 The titular game is a simple race, which sees two to ten players aiming to get rid of all of their pyramids. Each player will start with a multicoloured trio which will be added to or discarded from according to the roll of a die. Die results can range from depositing single pyramids to the central ‘bank’ or another player, to withdrawing pyramids and swapping between players. Any time a player holds a trio of a single colour at the end of their turn, they can discard the lot in what’s referred to as ‘monochrome liquidation’.

It’s very simple stuff, but addictive and tactile nonetheless, thanks in no small part to the pyramids themselves. These stackable, ‘nest’- able curiosities are a joy to manipulate, and Nomids’ simple, introductory mechanics can set the brain whirring with potentials for home-brew designs.

As an entry point to this curious corner of the tabletop hobby, Nomids is a perfect fit. Thankfully, even if the unavoidable urge to expand this modest stash of pyramids is resisted, there’s still enough scope here to keep players and budding designers busy.