Nanga Parbat is the kind of game that sneaks up on you in terms of its complexity and strategy. The game consists of a few small boards, a couple of tracks, and a mountain of animal meeples to climb. Players set out the main mountain, which is broken into six discreet areas, containing a similar triangle of six discreet animal locations. The animals are set up randomly into each of the locations and players place the guide next to one of the areas on the board. Players then take turns trapping animals and removing them from the board from the location where the guide is, replacing it with a meeple of their colour, and adding the animal to their board.

Scoring is a mix of animal collection and creating a large swathe of contiguously owned areas. You can replace your sherpa meeples that are next to one another (occasionally across different zones) in a Connect 4 kind of way with camp meeples. This then scores on the camp track, pushing you along the main scoring path.

Equally, you can trade your collected animals in sets of the same type, or ‘one of each’ – or they can be used individually for their powers, which can mix up the board slightly, flipping the positions of animals, sherpas or the guide. When players score, they place one of their scoring cubes into the matching area based on the number of camps or animals – blocking it for the other player. This means only one of you can get the eight points for five matching animals, or similar.

And all of this sounds very straightforward, so much that you’ll be wondering for your first turns where the game is. And then it happens. The board starts closing in. You see your opponent’s opportunities loom in front of you – and it suddenly the fact that only one player can score per number of animals or camps becomes a bit of a gamble. You want to get in there before they do, and that might mean trying to send them the wrong way.

It’s a two player game where the conflict is hidden, until it’s almost too late. When it clicks however, you’ll be attempting to send your opponent elsewhere on the mountain to do their trapping, or moving what can only be described as ‘an important yak’ uphill. These movements start to feel more like a wrestling match, which, with the theme, suggests you’re tumbling up and down the mountain in comic style.

It feels great when a clever move puts someone in the wrong place, and the risky strategy of waiting a bit too long to get the biggest payoff being blocked is something the drives fun anxiety on the table. In that, Nanga Parbat gives players a two player experience that feels fairly unique.

A strong two player entry into the field, with less a sense of a tug of war, and more a feeling of taking turns throwing one another over your shoulder. A great game in a little box.

TRY THIS IF YOU LIKED Kahuna…

If the bridge building-and-burning of Kahuna worked for you, then Nanga Parbat will be an enjoyable ascent. 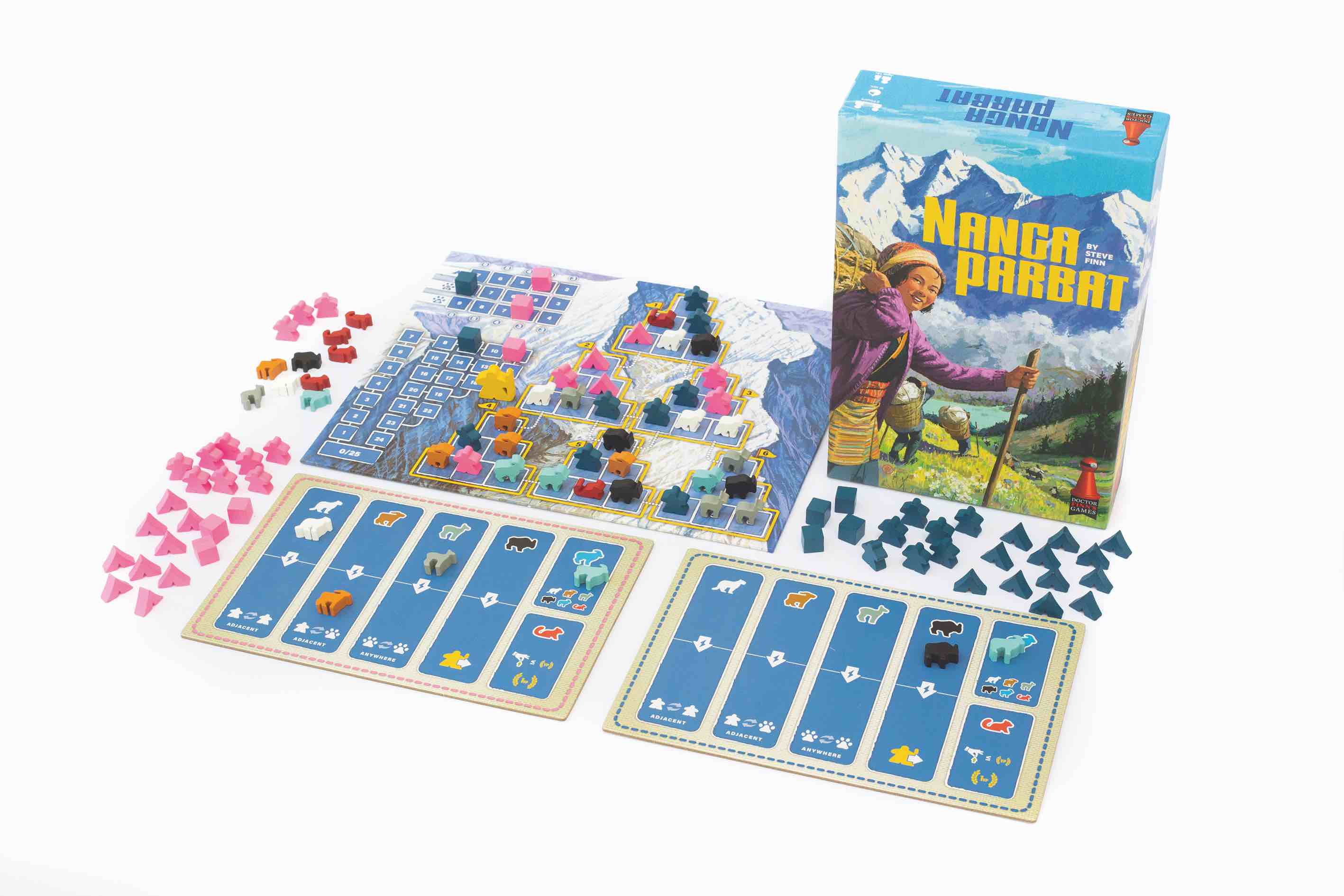