For a niche audience

Is there anyone who hasn’t at least once after watching a movie thought ‘if I wrote this script, I would make this better by…’? Perhaps, there was a twist too obvious, or an underdeveloped character or a plot hole as deep as the ocean, and you figured out how to right all the wrongs. Well, now you have that chance. In Million Dollar Script, a storytelling party game about coming up with a movie script, you can be both a member of a writing team drafting an Oscar-winning epic and a judgy executive deciding which movie idea will earn millions.

One player always roleplays as an exec, judging the movie pitching chops of the two (or sometimes three) competing teams. The exec will also have a secret (from the other players) list of totally biased things they like about the movies. These are supposed to help the player who is role-playing as an exec judge the pitching teams. Most of them are a take on the usual movie tropes, for example one exec likes flashback sequences, while another wants ‘manly men being manly’… However, occasionally their wants are so specific it would be a miracle for the script writing team to guess it – for example, wanting an exec’s niece to star in the movie. Perhaps, this would be covered in a ‘pointed questions’ part of the pitch meeting...

The writers have a much harder job – they must come with a whole movie. A set of randomly dealt cards help to determine their hero, villain and sidekick characters and the exec will outline the rough structure of their movie, the rest, however, is up to the writers. They can choose the genre, the details of the twists and turns of the narrative and, of course, the dramatic end that should leave everyone in awe or in tears (optionally from laughter). The character descriptions from the cards are designed to give players that initial inspiration or a base on which they can begin to build their story. They are meant to be quite simple and humorous, so naturally (and purposefully) are steeped in movie tropes, which in most cases are fine, but perhaps should have taken a bit more care in a couple of instances where mental illnesses are involved. Players present their movie over the five rounds, covering the plot from start to finish and the exec makes the final decision on which script will make it to the screen.

Despite the boundless opportunities that storytelling games offer, Million Dollar Script manages to be quite prescriptive. There is some randomness in character creation, however the exec’s briefing determines the structure of the whole movie and remains the same no matter the genre. You are introduced to the main characters, the villain does something bad, the hero tries to fix it, but something goes wrong, then a hero gets an epiphany and after overcoming the odds wins the day in the epic showdown during the last ten minutes of the movie. Details, names, locations change, but the substance remains the same.

This makes sense as a comment on the state of the modern cinema and an idea of what is perceived as ‘money-making’. However, as a game or an exercise in creativity it is less successful. At times it feels too much like a school project where you prepare a presentation and assign tasks and parts to different team members based on their oratory strengths. Million Dollar Script could be a hit with the right group of people, who are ready to roleplay, come up with silly skits and voices on the spot. Yet without that extra bit of personal effort and enthusiasm, it is likely to flop. 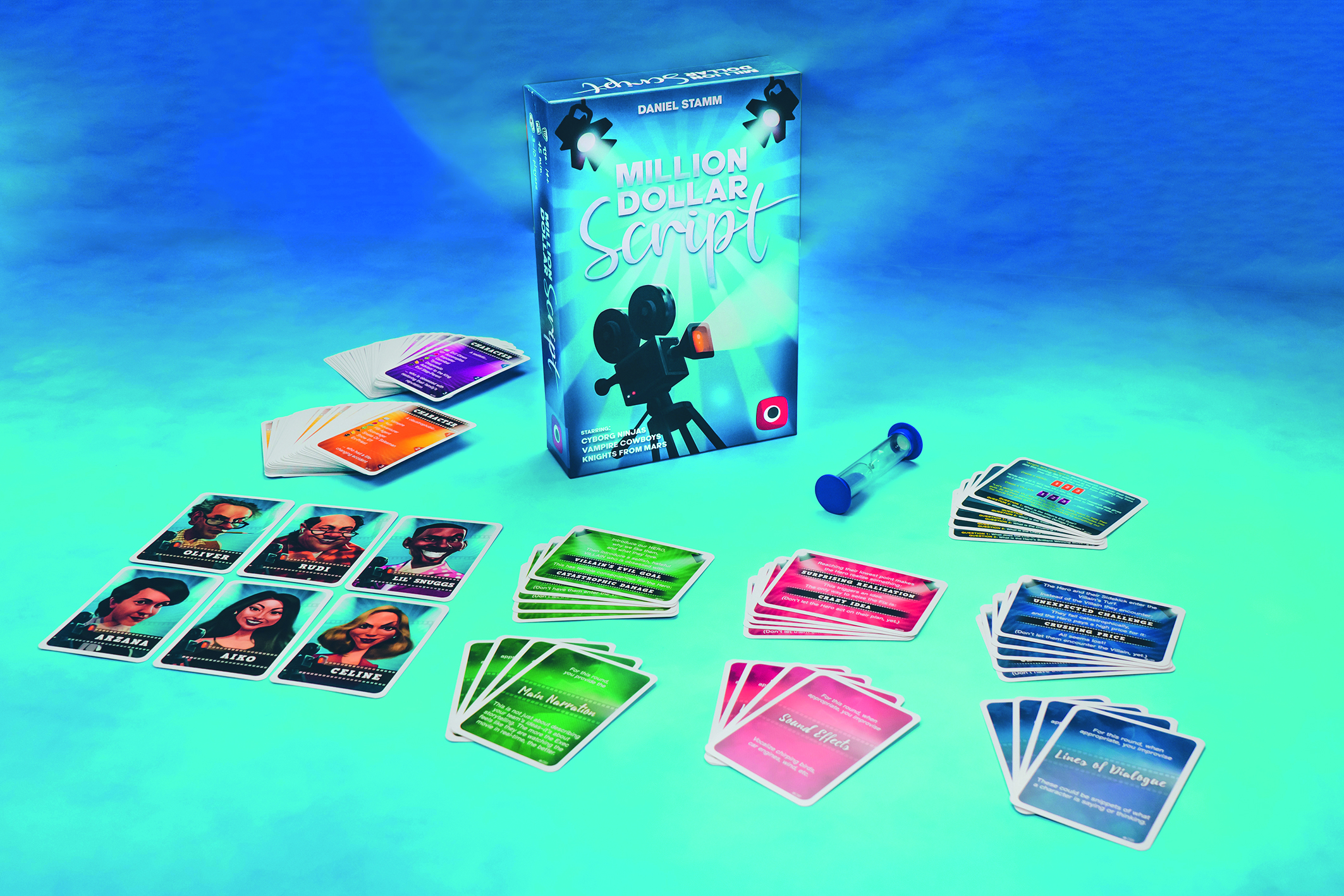 A storytelling party game with an interesting premise, Million Dollar Script can turn into an awkward school presentation unless played with a group of dedicated role-players who will enthuse the gameplay with their charisma and personality.

TRY THIS IF YOU LIKED SNAKE OIL

Pitching the next Oscar-winner to a sceptical executive in Million Dollar Script will prove as challenging as selling dubious products to a reluctant customer in Snake Oil.