Solving crimes in a big city is tough for even the best detectives. The salient details get drowned out by the sheer volume of people teeming over its streets. Picking one face from a crowd is always going to be one of the challenges. Luckily here we have a tiny magnifying glass to help us out. Micro Macro: Crime City is like a Where’s Wally? book, but with murder.

Players lay out a huge map of the city, full to the brim with streets, shops, people and most importantly, crimes. Investigators will then pick up a case deck and locate their first victim, working out what grid letter and number combination they’re in. Once found, investigators can move on to the back of the card, which will give some flavour, and on to the next card in the deck which will pose a question.

These questions could be, like in the case of a large resident of the city and famous restaurant owner who happens to have expired, “where was she last?” as you’re asked to trace her steps through the day or “what five things did she consume today?” to discover everything she’s eaten. Players will pore over the map and attempt to work out the answers. A designated lead investigator will then have a peek at the answer, and if the group has it right, they’ll move on, if not, they’ll have to continue, but without the lead investigator’s help. This tends to feel a bit like someone has to sit out, but in larger groups it doesn’t matter so much. 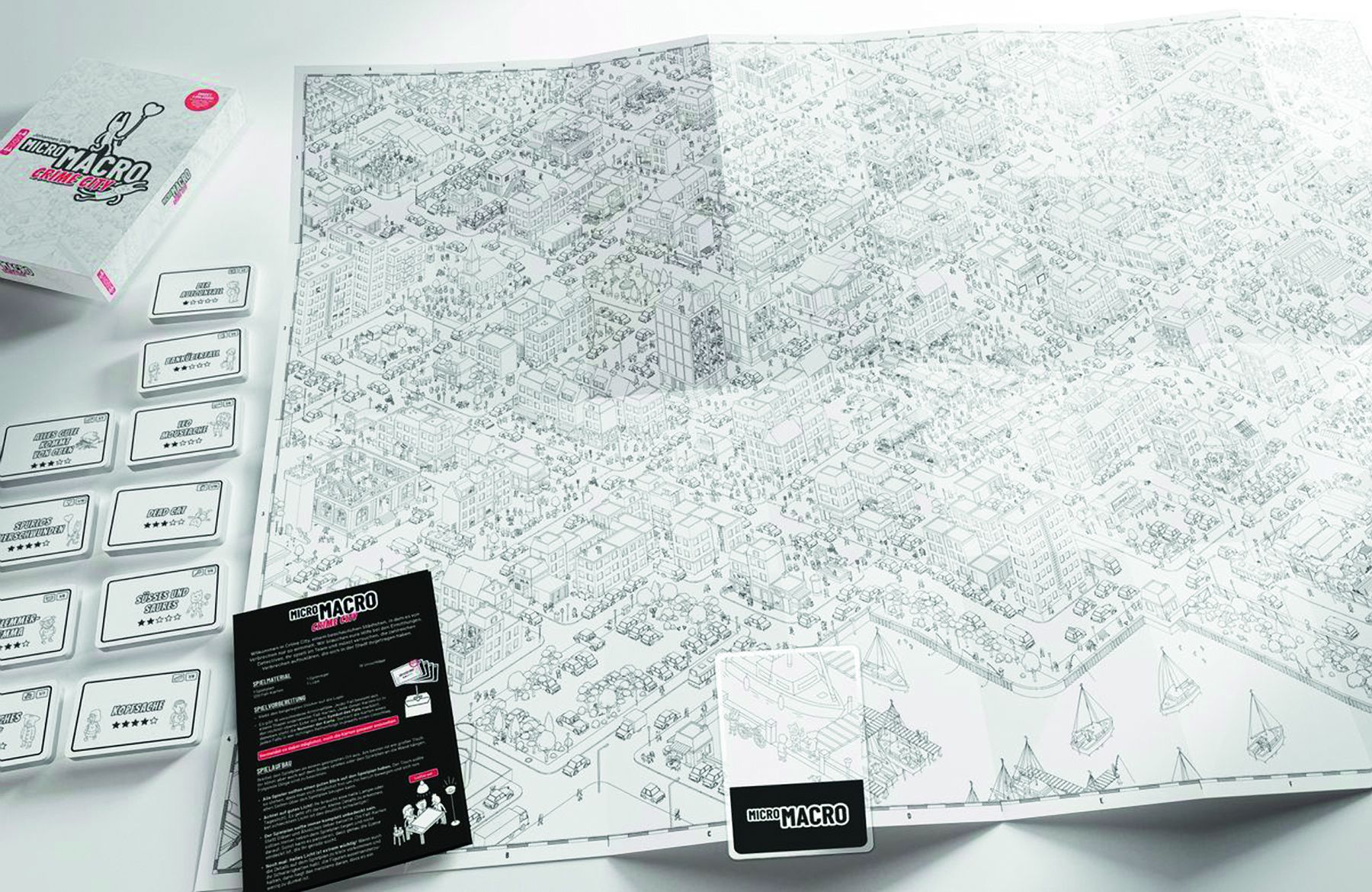 And it is good fun, it has a real collaborative feel about it, and there are questions which force you to do a bit of very light lateral thinking or detective work. Who is likely to want to assassinate a restaurant owner for example? That should probably lead your search when it comes to squinting at the huge and lovely map.

The game suffers from needing a lot of light, which precludes it from a few after dinner sessions. It also tends to exclude older players who will immediately count themselves out without their glasses. The detail is impressive, but it does tend to stop it being an easy recommend for a multi-generational game.

The map does feel alive. Each case adds a little bit of drama and a passage of time to the map as you start to build up a picture of one really bad day in the city. Someone crashes their car here, while at a similar time someone else is dropping poison into someone else’s Horlicks – it’s all in the name of building up a feeling of a real city. Yet while the sense of a real place grows inside you, you’re likely to get a little jaded with the system. Even the toughest cases feel like you can brute force them (which is the nature of a spotting game), and the magic does wear off after a handful of cases. Still, with the right group and a long weekend, it’s going to be a hit.

A perfect game for a long weekend away with friends, or to gather around with family, as one would a jigsaw puzzle or an escape room game, but the case may grow cold for you in time.

TRY THIS IF YOU LIKED Chronicles of Crime…

If you’re looking for a lead into to entry-level crime solving, there’s few better places to start your investigation.