As I child, there was a department store nearby that had a puzzle games section tucked away behind the toys, where sat a multitude of titles and a little video screen, playing adverts for each game. I’d stand enraptured with the bright plastic brainteasers, saving up pocket money until I could buy the most tantalising one of the lot: Rush Hour.

I bring this up because Mass Transit reminded me fondly of that plastic pushing puzzle. Instead of getting a red car out of a gridlock, Mass Transit sees us getting six commuters home by road, rail or river, as you play cards to build new routes or to move a passenger along a route. Each turn players must use at least two cards from their hand, with some cards explicitly designed to be less useful than others, forcing players to compromise and reconsider.

In addition, each of the six home suburb cards require a minimum amount of cards preceding it, forcing you to make longer routes even if it means adding stops or causing commuters to swap between public transport options, which in turn require more cards that you’ll desperately start running  out of. The game is lost if a player must play two cards but can’t, putting you against the deck. Having to choose between setting up ideal routes or holding back cards that can help move a commuter home later, is the key puzzle to victory.

You’re also limited in how you describe your hand of cards. For example, you can’t say something as helpful as “I have three train cards,” instead you have to be vague (“Rails look to be popular for me”) and work with a mutual understanding of shorthand explanations.

Much like my beloved Rush Hour, the game packs compactly and looks great. You can’t help but marvel at how well the game fits so much into a small space, with the jigsaw game board being particularly ingenious. I also love how clean the art design is, with clear colour choices and symbols making it easy to teach, keeping the focus on the puzzle.

The first couple of games you play are equally delightful. There’s just enough obfuscation to make winning on the first game very hard, but rewards players who learn from their mistakes very quickly. You learn as a group how to overcome the communication and route planning challenges, until you finally get all six of those weary worker meeples home. The first time we won, it felt the same way as when I completed the last beginner layout for Rush Hour; confident in my achievement and hungry for more.  Sadly, this is where the comparisons break down, as Mass Transit offers no additional challenge or difficulty.

And that is a shame. I really wanted to play this game again and again, but with newer challenges or handicaps á la The Crew. Whenever I replayed, even with different player counts or even as a solo game, the solution was always the same, robbing it of any longevity. I don’t ask that every game be infinitely replayable, but when I can get all of the enjoyment out of it in less than an hour, I struggle to highly recommend anyone buy it.

That said, the game is still an enjoyable challenge for those first games, making it the perfect café or novelty game, one you play for a single time then happily pass it on. If you get a chance to play it, definitely do, but if you’re considering buying it, be advised that its time with your attention is limited. 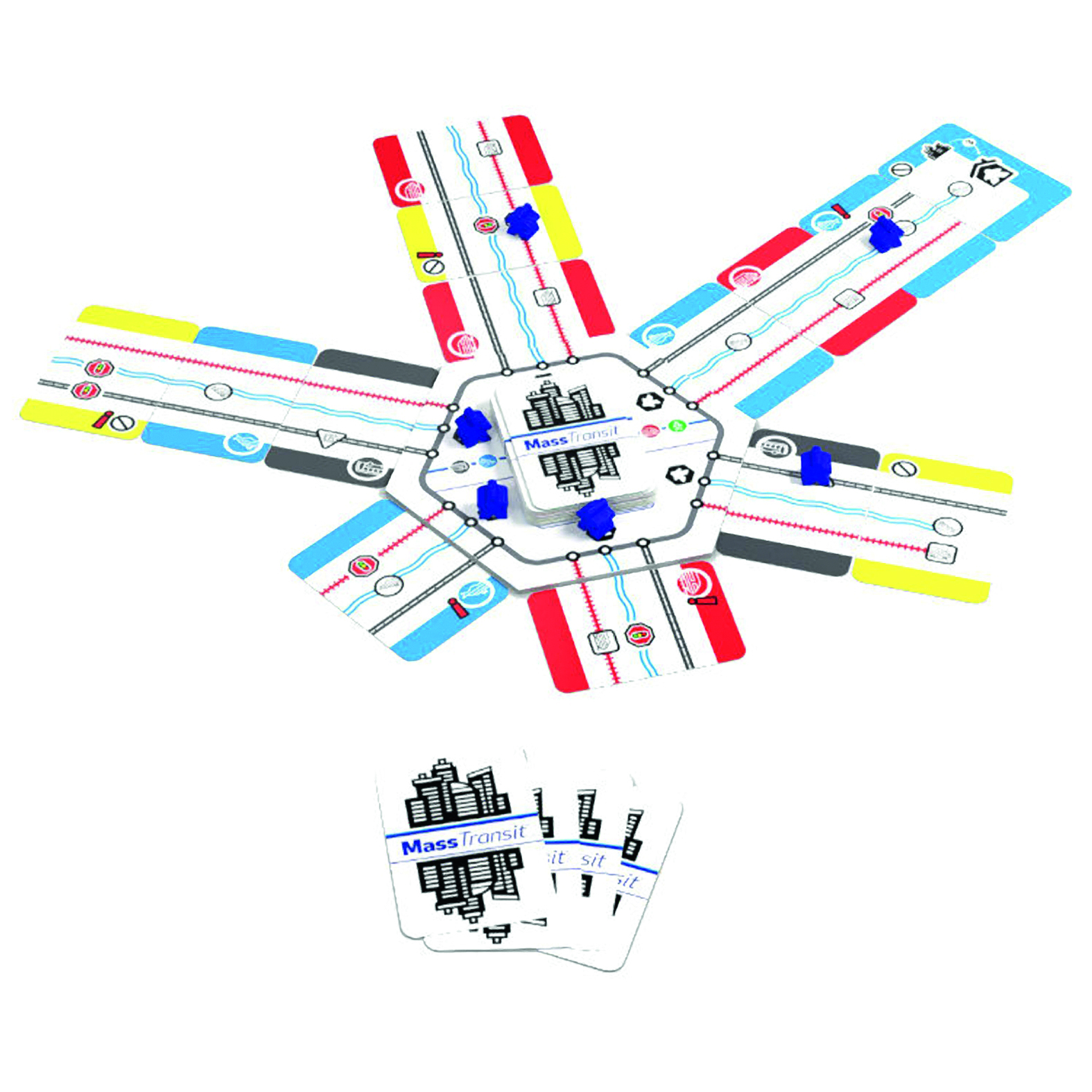 Once solved, the game offers next to no replay value, but for its elegant physical design and accessibility, it’s an ideal game for collectors of novelty puzzle games.

TRY THIS IF YOU LIKED Hanabi

Both games work on limited communication and developing a shared language, whilst Mass Transit provides a more accessible beginning but lacks a scoring system.