Funnily enough, this expansion made me feel exactly like I did after seeing Avengers: Infinity War at the cinema; down, deflated and wishing they’d done more with the premise.

Sorry for not breaking this gently, but I didn’t rate this expansion very highly. Being the third campaign expansion after Rise of the Red Skull and Galaxy’s Most Wanted, Mad Titan’s Shadow is fittingly named given how much Muscle Grimace has been teased in the past products. Each of the past campaign boxes refreshed the formula, adding new ways to connect games together, whilst leaving plenty of new toys to play with when you felt like amalgamating your own Marvel story. They felt like contained games in their own right, letting you play and replay through a tailored narrative that was forever building to something big.

Well, here it is. Three D-list villains, a bizarre addition, Big ol’ Mr T and a surprise fan favourite who snatches the limelight.

Gameplay-wise, very little has changed. Sure, there are new gimmicks, my personal favourite being a literal tower-defence that added a fun wrinkle to the normal gameplay, but there’s very little that excites. Every other campaign has carefully built up its threats to the climactic battle with the box art bad guy, here Thanos is the mid-card fight for two other characters who, while I won’t spoil because none of Fantasy Flight’s marketing have given it away, aren’t Thanos. The Biggest of Big Bads that they’ve printed so far isn’t even your hardest challenge, nor does he 'gather' the infinity stones.

The Gauntlet randomly dishes out a stone to penalise a player every other activation, with all six needing to be played before they’re shuffled back into a mini deck of woe. Whilst this works well from a gameplay perspective, slowly letting players learn what problems to prepare for, it turns the biggest threat in Marvel into a blind bag of badness.

The two new heroes both offer interesting mechanics, but also rely on having bought past expansions. Spectrum is the more accessible, designed around changing energy forms to suit the current crisis, rewarding players who build a reactionary deck that can support the group, even though her included Leadership aspect cards demand you commit to an Avengers sub-theme. Adam Warlock introduces 'singleton' deck building to Marvel Champions, letting you have any aspect cards you like, but only single copies of them. Both heroes are great if your collection lets you cultivate a deck of all-stars, less good if this is the first expansion you buy after the starter set.

And it’s that last point where this product lives or dies. This isn’t for players who are looking to take their first steps out of the base game, or even ones who’ve bought a couple of hero packs. This is the third place out of three campaign expansions, the so-so narrative culmination that if you’ve played and enjoyed the past two boxes, you’ll want to own just to finish the story. If your playgroup is chomping at the bit for a new challenge to overcome, there are technically new enemies with different mechanics (not necessarily better than what’s come before) which will provide many evenings worth of entertainment.

I believe that to even consider buying this, you must have loved the base game, bought and played both previous campaigns, then decided you still want a new challenge. That’s a massive money and time commitment before even considering this expansion, but if that describes you, then do your best Steve Rogers impression and shout  “Avengers Assemble!” to your friends and family.

While weaker than the previous campaign expansions, there’s still novelty and new elements to spice up your gameplay with, but unless you’re a fan of either hero character, this is for enfranchised Champions fans only

TRY THIS IF YOU LIKED Marvel Champions: The Card Game

Why are you even considering this expansion if you didn’t like Marvel Champions? This is literally the third major expansion pack, you’re either onboard or not at this point. 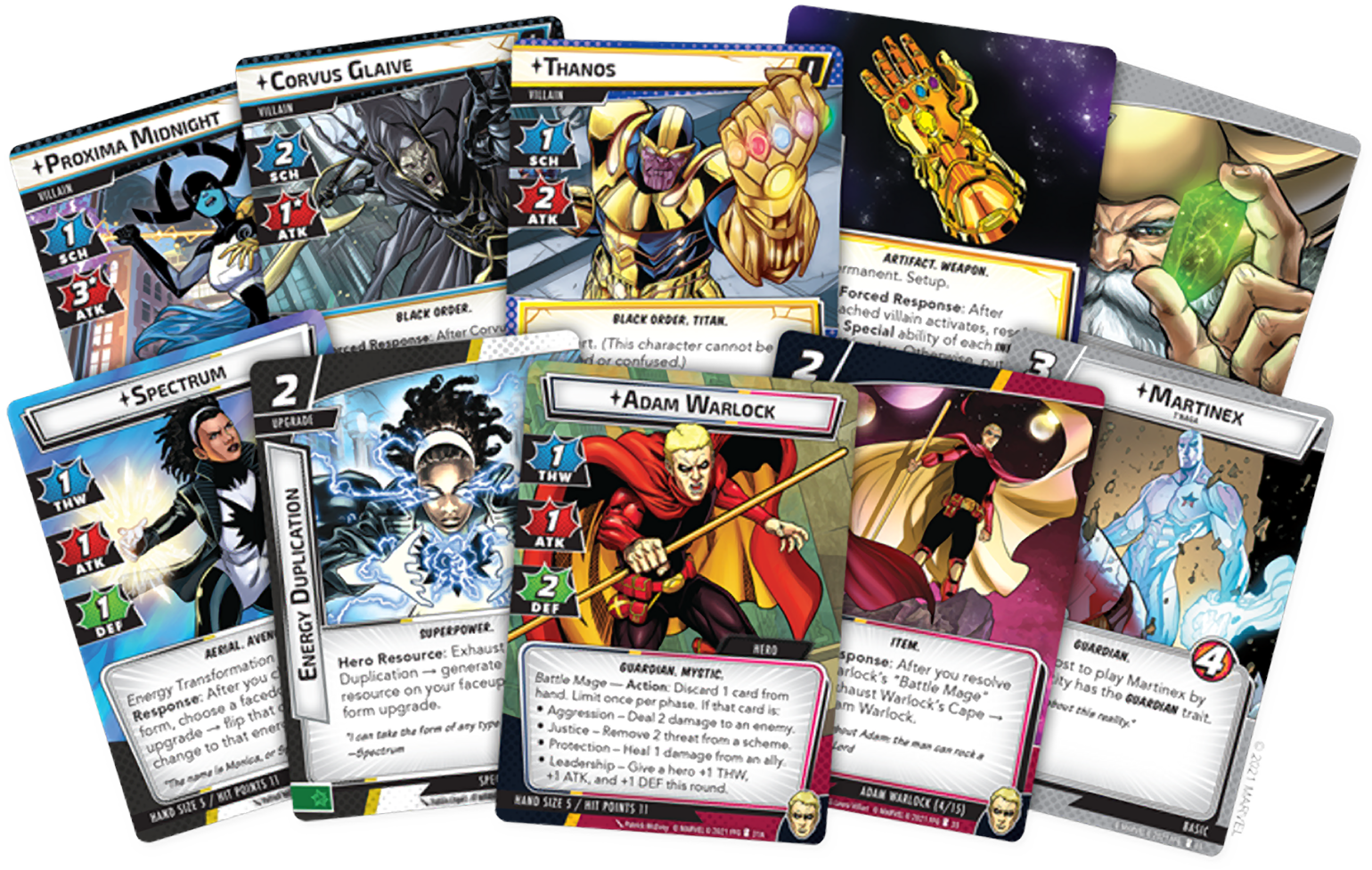