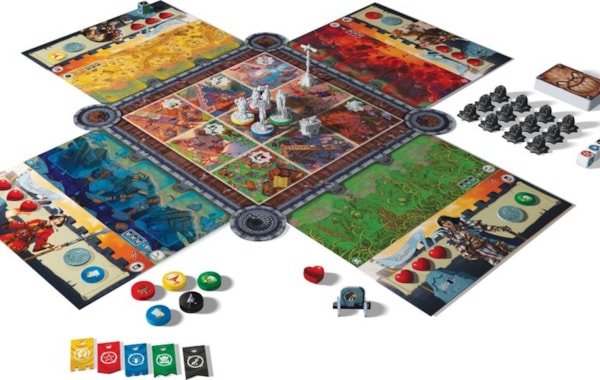 Last Bastion is a re-work and a re-theme of Ghost Stories, a co-operative game beloved for its toughness. The former has a more modern aesthetic and its playtime is slightly less, however, the main principles of the game largely remains the same.

Set in a fantasy setting, players in Last Bastion are a group of eclectic heroes trying to defend their four-towered bastion from the horde of monsters assaulting it. The bastion is composed of a random three by three grid of tiles, each with their own unique ability that help heroes keep waves of enemies at bay. Each character also has a special power that is either a passive ability or activated as a bonus action. While that’s plenty of power to throw at the enemy, players will need to take full advantage of all of it, because the monsters hit back just as hard – and they have the numbers.

In fact, as the game begins, it is easy to be lulled into a false sense of security. You feel all-powerful and are just about managing to dispatch monsters as soon as they come up. But as the horde of monsters grows around the bastion the first semblance of panic begins to set in. They also have special abilities: some are triggered when the cards are first added to the board, others have an ongoing effect and even with their last dying breath some monsters can send additional nastiness the players’ way.  One unlucky draw or ability that was not dealt with in time can cause a cascade that overruns the whole board. Suddenly, players find that their resources are too few and their own abilities, as powerful as they are, barely manage to dispense the most dangerous enemies.

Last Bastion is not a game players will likely win on their first try. In fact, it may be many games later that they will secure their first victory. As in any tough co-operative game, there are many ways to lose and only one to win – defeat the powerful warlord that appears towards the end of the game. Doing so will require tactical precision and preparation from players, where every move is meticulously planned, and every available resource accounted for.
This is slightly undermined by the dice combat, as the element of luck adds frustration to gameplay that is already tough. To kill monsters, players will need to roll the number of symbols matching the monster card or failing that, supplement it with resource tokens. The probability of rolling the colour you need is low, so having resources as back-up is always a good idea, yet they come in limited supply as well. Failing to defeat a monster essentially wastes players' turn, and when every move matters, this can be devastating.

In some ways, Last Bastion could be an entry-level game. Its rules are easy to learn, iconology is clear and the rule book (a big improvement on the Ghost Stories’ rule book!) does a really good job of walking players through all the minutia. However, it requires the experience of seasoned co-operative players versed in their strategies and with well-oiled teamwork to win. It is easy to understand what you need to do in the game, but extremely hard to learn how to do it well.

In many ways, that is a positive for Last Bastion. Players will want to come back and try their luck at beating it, experimenting with character combinations and being more mindful of monster behaviours. However, sometimes the fight can feel tough, unfair and even impossible, discouraging players from returning. Last Bastion may not be a game for those who are looking to relax for an hour, but it welcomes those are ready for a challenge. 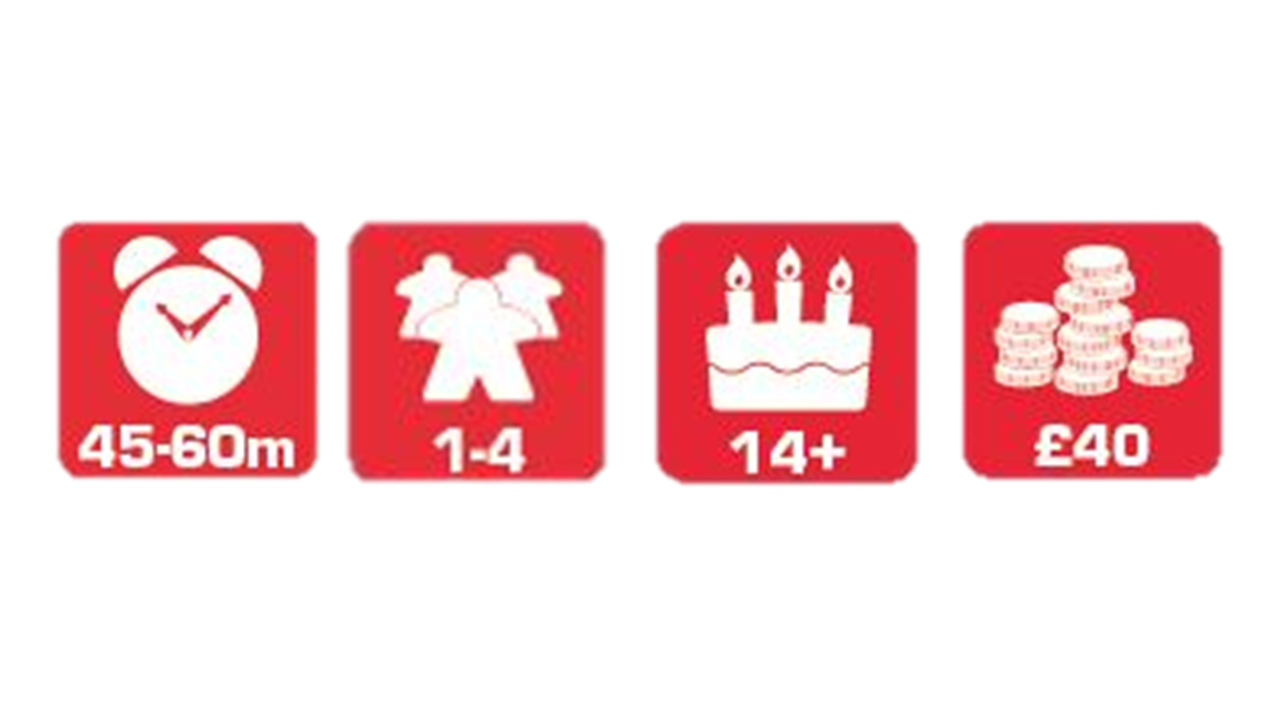 Last Bastion is one of the toughest cooperative games out there. To win it, one will need a robust plan of action, well-coordinated teamwork and just a bit of luck, a challenge that many will relish.

This review originally appeared in the January 2020 issue of Tabletop Gaming. Pick up the latest issue in print or digital here or subscribe to make sure you never miss another issue.