A one sided apocalypse

I would like to say that Last Aurora reminds me of Mad Max: Fury Road with its convoy trucks covered in spikes, makeshift armour and turret guns, racing across the post-apocalyptic tundra and firing back on raider ambushes. I would also like to compare its snowy mountainous art aesthetic to Snowpiercer. But I won’t. I hold both of these movies very close to my heart in large part because of how they challenged and redefined the cultural status quo with their stories and characters. 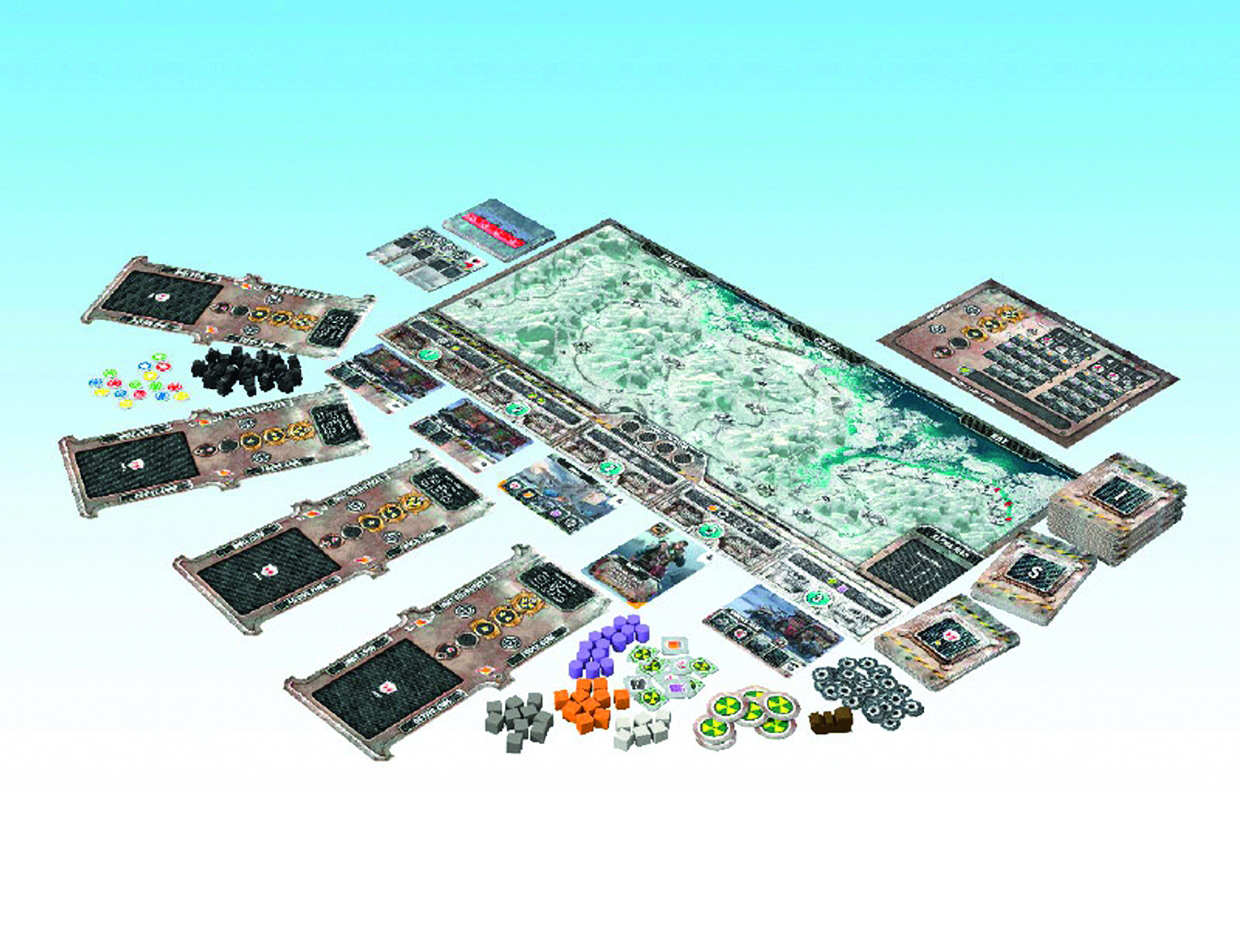 Last Aurora, on the other hand, makes unintentionally (I will assume here charitably) a much different statement. It is white from the shiny tops of its snowing mountains on the game board to every single character represented in the game. Even less surprisingly, from the four sets of starting character cards, three ‘leaders’ are male with their co-pilots being attractive females. At this point, it is surprising to not be seeing a character wearing a ‘snow’ bikini and only be offered a much tamer, although still confusing in the post-apocalyptic tundral freezing temperatures, exposed midriff. The rulebook, perhaps at this point unsurprisingly, refers to player only as a ‘he’.

The impact of this leaves a stain on the gaming experience. Something that is immediately obvious from selecting starting characters through every card turned over during the course of play. It is upsetting because any praise is soured, and additional criticism is less significant. Yet, if you are still interested, here are other things about Last Aurora.

It is a primarily racing game, where players are trying to reach the icebreaker Aurora before it departs from the icy coast. Time is running out and the scarcity of resources, various hazards and raiders will be impeding the players’ progress. However, racing is not the most interesting part of the game. In fact, catching Aurora is fairly hard and in a lot of cases players will be getting to end game scoring without bonuses for reaching the icebreaker.

Much more interesting is how you upgrade and manage players’ individual convoys. Consisting of several carts and various roof concoctions, the convoy carries survivors (the aforementioned characters that players will utilise to perform actions) and goods (fuel to move along the road, ammunition to fire at raiders, etc). Almost everything can be modified during the game, ensuring your convoy moves faster, hits harder, and carries more. Possibly the most satisfying bit of it all, is the convoy being built from cards that when placed create one continuous matching image.

Combat within the game is also fairly fun, if not a bit convoluted and clunky in its ruleset. However, it does a good job of balancing the strategic elements of players’ convoy building with some random elements without the use of dice. It is only a shame it is not more frequent during the game.

The post-apocalyptic theme feeds well into these gameplay elements, emphasized by the scarcity of resources and toxic hazards that limit actions. It is an uneven journey, where it feels like more attention has gone into convoy building and combat than the race itself, but there were some entertaining moments along the way. 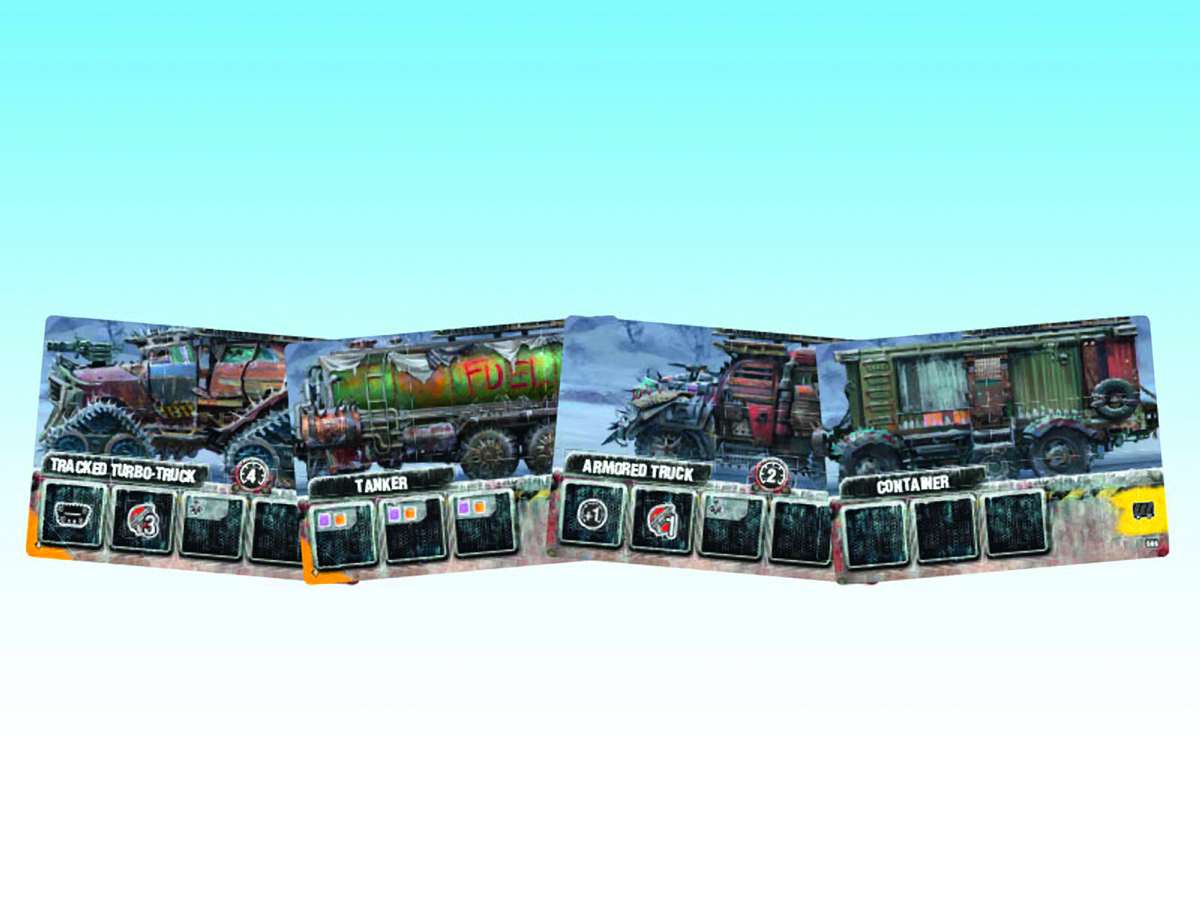 Maybe if Last Aurora was a mechanically terrible game, my initial observation about its lack of diversity and power dynamics would be easier to swallow. I am sure it will be – and has been – enjoyed by many players. But who is represented in the games we play and how they are represented is incredibly important, especially in the board gaming industry which falsely thought until recently that it was very white and very male.

Mechanically a decent and entertaining game, Last Aurora struggles with its representation and includes some questionable power dynamics that are surprising to see in the year 2021.

TRY THIS IF YOU LIKED POSTHUMAN

A less white – in all senses of the word – post-apocalyptic landscape of Posthuman is more focused on stories and worldbuilding, than the racing or convoy building in Last Aurora. However, both games manage to capture the scarcity and the dangers on the world that just managed to side-step total extinction.

Usually I really enjoy gaming reviews in your magazine. But this is not really a review. I got the impression that all that matters is diversity. This article criticizes the choice of language and the artwork and is looking for sexism and discrimination. I know that it is the current zeitgeist. But gaming is a hobby, to relax and at the moment to forget about the pandemic, it is not about political statements and identity politics. I prefer reviews about the game, the mechanics and I don’t want to be educated politically. And using terms like “less white“ implying it were something positive, is racism. It shouldn’t matter if the artwork were all black, Asian or all white. Why should it matter? The game if from Italy and I don’t think the designers are racists or sexists. But this review sounds like the author assumes that they are. I am disappointed. I hope the reviews will be less political.