They played the monster mash and it caught on in a flash.

Games designer Richard Garfield is best known for creating Magic: The Gathering, the epic sprawling collectable card game full of fantasy monsters, complex tactics and magical powers. He went on to design similar in-depth games like Netrunner and BattleTech that, once again, were brimming with strategy. So, you may be slightly surprised that one of Richard Garfield’s recent games isn’t, in fact, a collectable card game. Instead it’s all about giant monsters trying to kill each other among the skyscrapers and city streets of Toyko in an effort to be crowned the King of Tokyo.

When we were first introduced to King of Tokyo, the owner of the game quickly described it as Yahtzee with monsters and although there is an element of rolling dice while looking for certain sets, King of Tokyo is much more than that. Whereas Yahtzee is very much a solitary experience with everyone watching passively as you chuck your dice about, King of Tokyo is a game that engages everyone throughout. 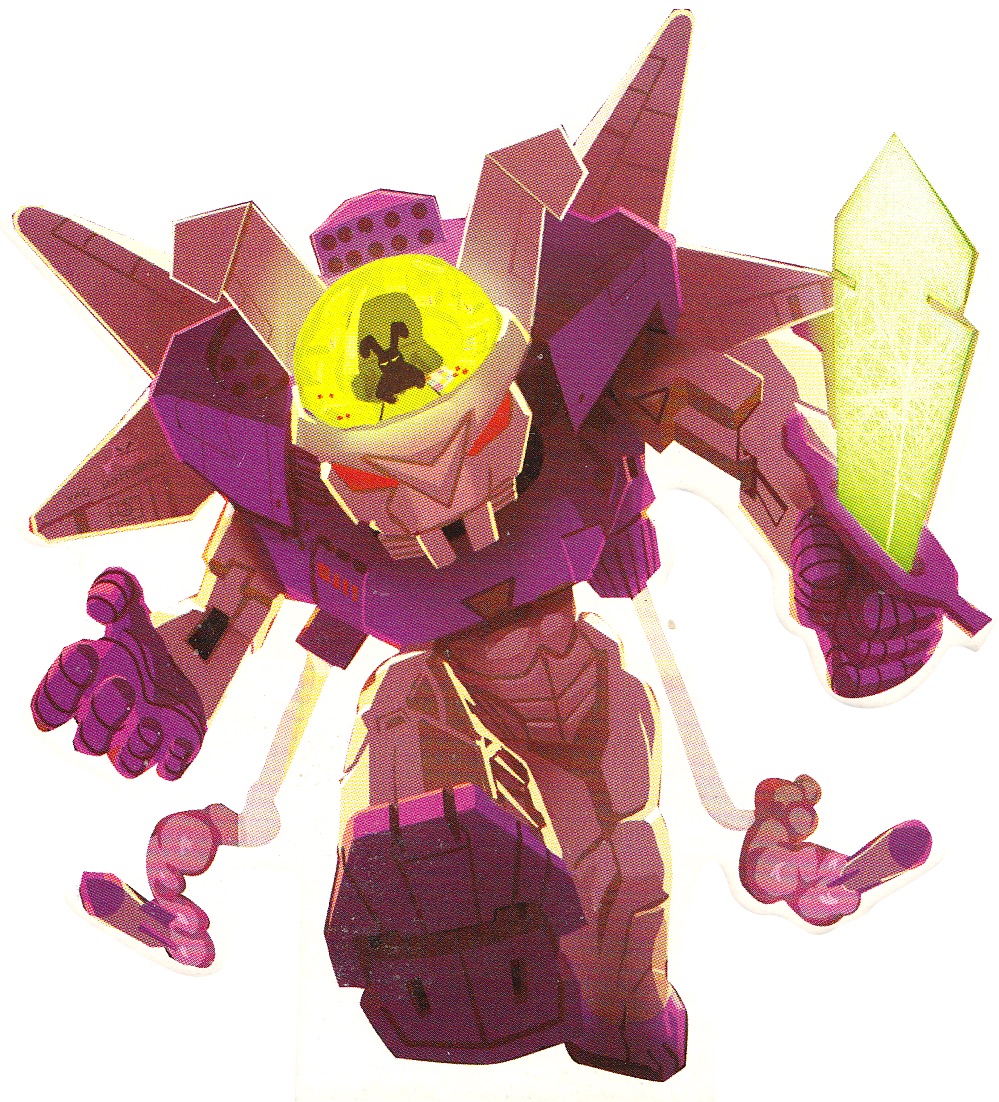 Gameplay-wise it’s exceptionally easy to pick up. You start the game by choosing your monster. Some are your more typical giant lizards (Godzilla… sorry we mean Gigazaur) or huge gorillas like the King, others are slightly more unusual, such as Cyber Bunny and the Cthulu-like Kraken. Although all the monsters have the same stats, it’s amusing how attached people become to their favourites, with some clamouring to grab Gigazaur before anyone else (it always appears to be the most popular) while Cyber Bunny tends to languish in the box. Your job as a creature of destruction is simple: either kill everyone else or score 20 victory points.

So, how do you do this? Well, each turn you roll six dice with a number of different symbols on them: the numbers one, two and three, a heart, a claw and a lightning bolt. If you’re going for victory points then, predominantly, you’ll be looking for those numbers on the dice. To score points you need to get three or more of the same number – roll three ones for one point, three twos for two points and three threes for three points. However, for every extra matching number you roll above three you get an extra point, meaning you can potentially score six points by rolling six threes.

Of course, it’s unlikely you’ll do this by just rolling once and during your turn you’re allowed to re-roll as many dice as you want two more times. If you’re totally not happy with the first roll you can re-roll the whole set but let’s say you’ve rolled three, three, two, lightning, claw and claw, then it’s likely you’re going to want to keep the threes and roll the rest. That is, obviously, if you’re going for the victory points but if you fancy getting a bit more violent then you might want to keep those claws…

Causing damage to other players in King of Tokyo is another huge part of the game because you can also win the game by being the last monster standing. The way damage works depends whether you’re inside or outside Tokyo, represented by an illustrated board. At the beginning of the game everyone is outside of Tokyo, looking in and licking their monstrous lips, but if someone rolls a claw they must place their cardboard monster figure inside Tokyo City. When you’re playing with five or six monsters, another monster goes into Tokyo Bay.

Once someone is inside Tokyo then things get very interesting. When any of the monsters inside roll claws during their turn, the other players outside Tokyo must take the corresponding damage. However, when someone outside of Tokyo rolls claws the monsters inside Tokyo take the damage. The problem for the creatures inside the city is that they’re likely to be outnumbered and potentially getting hit numerous turns in a row plus, unlike their rivals on the outside, they can’t heal themselves by rolling hearts on the dice. 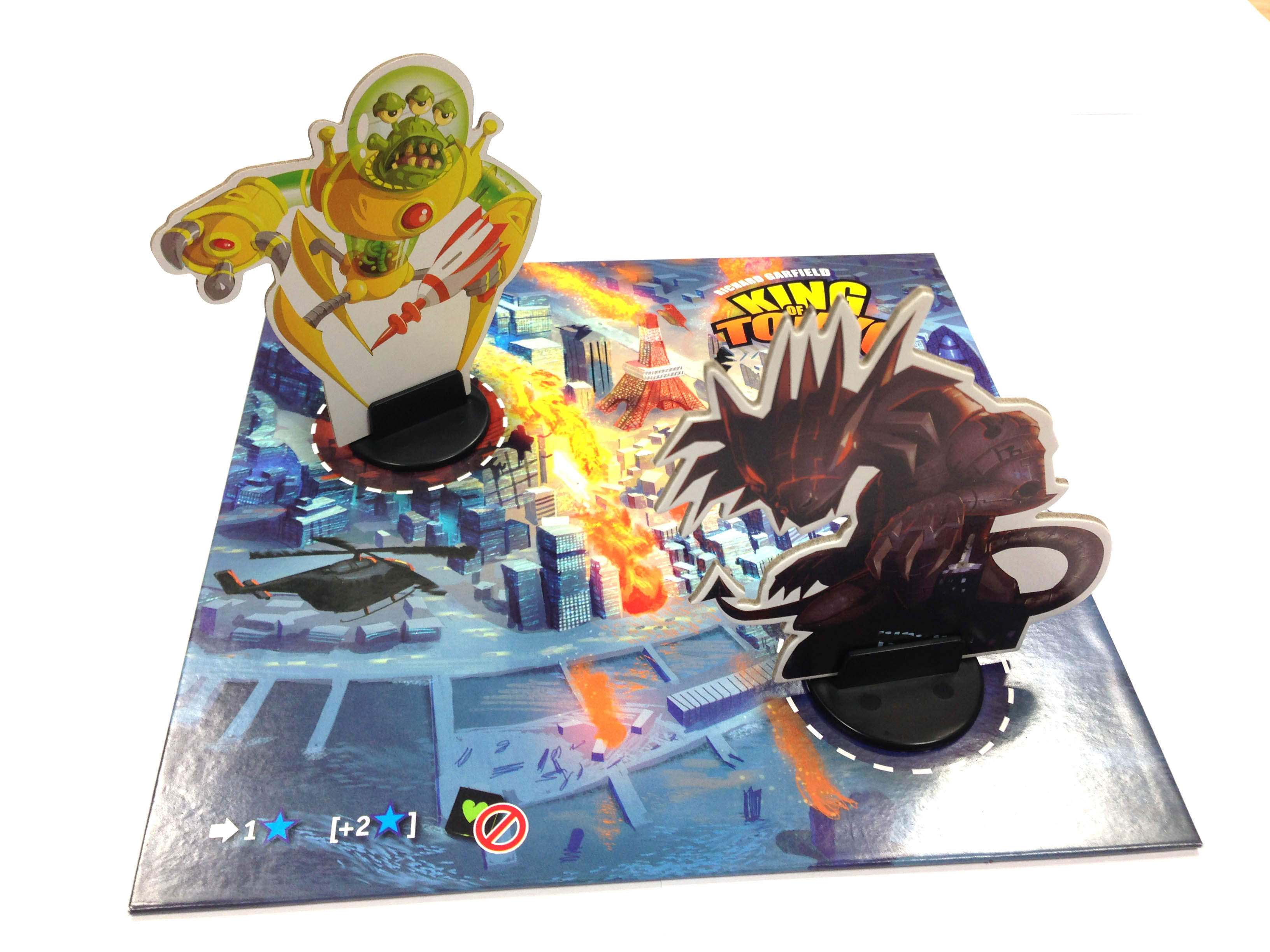 Understandably you may be thinking ‘well, what’s the point of being in Tokyo, it sounds horrendous’ and yes, to some extent it is. However, for every complete round you stay inside the city you’ll receive two victory points and each time you go into Tokyo you’ll get a victory point too… so sometimes it makes sense to stick around. If things get too much and you’re taking too much damage then you can choose to come out and swap positions with the monster that last attacked you. There’s a sweet sense of satisfaction in knowing they’re about to become the gigantic punching bag, while you can start trying to roll hearts to recoup your health. Clever use of your time in Tokyo is key to success because at the beginning of the game with all the monsters in play, anyone in the city is likely to be taking lots of damage. But towards the end of the game when a few have been taken out it becomes much easier to stay in Tokyo for an entire turn and clock up those two victory points.

“Hang on, but what about those lightning bolts on the dice you talked about earlier? Tell us about those!” Ok, give us a minute. The lightning bolts represent energy and each time you roll one of those symbols you’re given a tiny green cube. These cubes can then be traded in for special powers for your monsters and this is when it gets really fun in King of Tokyo. Each of the powers costs various amounts, with the better ones costing more. Some are discards that have an immediate effect, e.g. Evacuation Orders, which costs seven energy points but forces all other monsters to lose five victory points. Others give a permanent benefit to your monster, e.g. Thunder Stomp, which makes all other players roll one less dice if you score four victory points during your turn.

There are some special abilities that really are game changers, such as Wings, which stops you taking damage for a turn if you pay two energy cubes. When you’re in Tokyo with the Wings ability you can quickly start racking up those victory points. Meanwhile, It Has a Child effectively gives you an extra life if you get killed. Although you lose all your victory points and cards, you’ve still got another opportunity to win. Perhaps the most frustrating thing is that usually you can only buy super powers on your turn and there’s nothing worse than desperately trying to save up the energy needed for a card you really want, only for it to be snapped up by a rival player.

With the victory points, damage and energy points all up for grabs each turn, King of Tokyo poses you with some difficult questions – do you go for the super powers but someone else could be sneakily scoring victory points before you even get something good. Perhaps you should try and kill everyone else… but eventually they’ll put you in Tokyo and take their revenge. Maybe you should just sit back and go for the points… as long as you don’t get killed. What’s interesting about King of Tokyo is the split between how people play. You’ll get the Hoarder who doesn’t really care that much about winning and just wants lots of green cubes, the Attacker who will go all-out to kill everyone each turn and the Pacifist who only cares about points. There’s also the Persuader who will try and negotiate with others to avoid damage or attack others, “come on we’re both in Tokyo together, let’s combine our attacks” and then they’ll leave at the first sign of trouble after scoring their points. 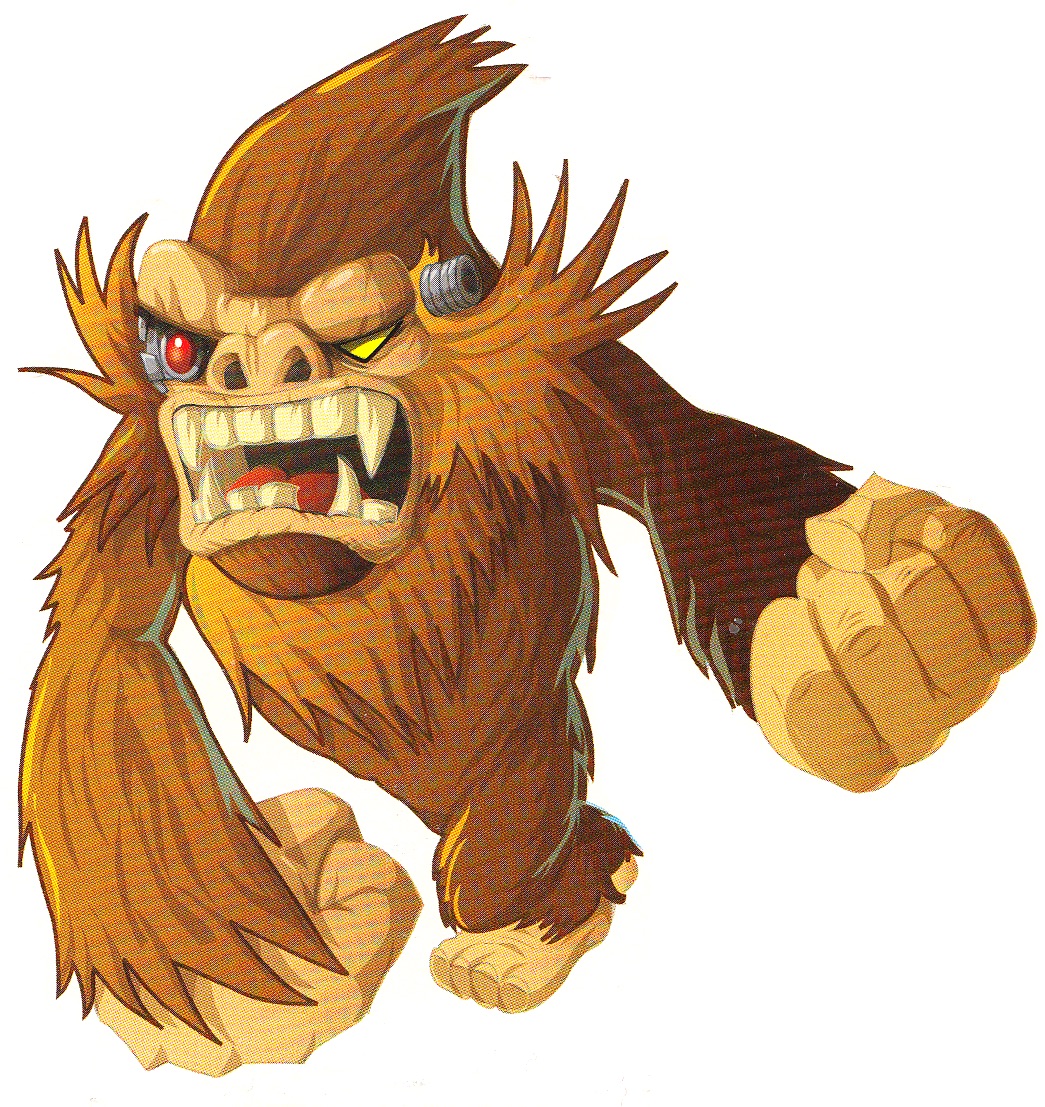 King of Tokyo really is the quintessentia ice breaker that’s great to get everyone warmed up before a games night. The theme is strong thanks to the choice of monsters and the fantastic superpowers, plus there are actually some tactics involved to get people thinking… unless you’re just trying to kill everyone, of course.

It’s also worth mentioning that last year Richard Garfield designed the first follow-up to King of Tokyo and this time the action has moved to New York. Gone are Gigazaur and Cyber Bunny, who are replaced by the likes of a robot called Rob and Captain Fish… who is a little like Cyber Bunny but is a fish inside a giant suit. Seriously.

Although King of New York still sees you rolling dice every turn there are now some quite striking differences between the two games. Firstly the board is much bigger and now takes in the different districts of New York – Brooklyn, Queens, Manhattan, Staten Island and the Bronx. Manhattan acts a little like Tokyo City with everyone outside attacking whoever is in Manhattan but unlike Tokyo the longer you stay in Manhattan the higher the victory points and you even get energy cubes.

The other big difference in King of New York is that the victory point mechanic has changed too and the numbers have been removed from the dice. Instead they’re replaced by Stars, which add to your fame if you roll them, the destruction icon and an ouch symbol. These latter two involve another introduction in King of New York – buildings and military… that’s right the humans are fighting back.

Along with monsters on the board there are now buildings and each borough has three buildings made from three tiles. The tile shows the type of building and also how many destruction points it’ll take to destroy it, then some will give you energy points when destroyed while others may heal you. The problem is that every time you destroy a building a military unit appears. If you roll an ouch symbol then the army units in your borough attack you, roll two ouch symbols and they attack all the monsters in your borough, roll three and it’s chaos as everyone gets attacked. 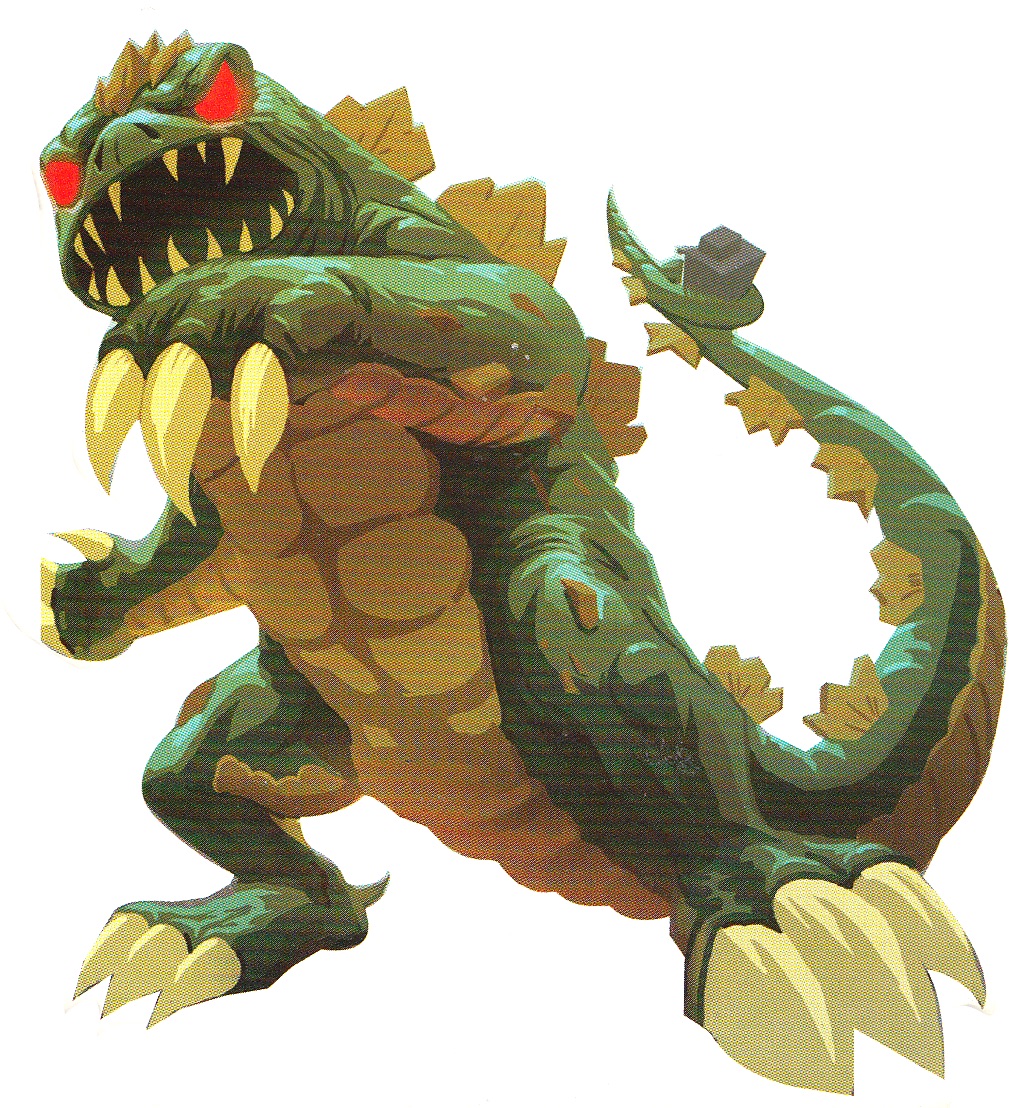 King of New York is a very different experience to its predecessor with even more tactical choices about what to do with your dice. Plus, the great thing about it being so different is that they compliment each other nicely – there’s no sense that King of Tokyo is the lesser game because it’s still a great warm-up. New York is perhaps a little more complicated and takes a little longer but you’ll still have some top notch monster mashing fun.