Khora: Rise of an Empire Review Corr, a game for your brain

Finally, you’re a ruler. You’ve worn the crown ironically at parties when decorum permits, but now Khora: Rise of an Empire is saying that you’re actually a ruler of ancient Greece. Now, this is before the era where you can get away with merely playing the fiddle whilst the city burns, so you’re going to have to take the building of the city seriously. Especially seriously, as you’re going to need to really focus on this one.

Iello describe this as an intense and deep civilisation game, which is fair. Will you use your drachma in this way, or that way? Which track will you move along to increase your position in one or other? Are you considering at the same time, military opportunities, trade opportunities, and the potential an event card has to limit your plans?

Whilst it sounds pretty typical of a Eurogame, there are a lot of components and decisions nestled within your two actions per turn (seven turns in total), that you need to get your head around before the end. This doesn’t feel like a game you can pick up without repeated plays in a short period of time, and it’s a frustrating trudge through the rulebook during more games than you’d think is normal, alongside quite the impressive resultant analysis paralysis.

Both are a result of one of the best things about the game, which is that it can be played in 75 minutes. Whilst that exacerbates the climb to reach a point where you fully follow what’s going on – as there are times where it feels like you’ve just got the swing of it, only for the game to end – it means that once you have learnt it, it’s actually quite quick for a Eurogame of its depth. And with so much going on, offers a delightful push and pull, amidst what is admittedly a well produced game. And whilst it can be a little isolating – you can play the whole game with barely more than a few words to your fellow players – it is also satisfying to look back at what you did and the decisions you made. The game never really pushes you too hard, which again is both positive and negative, but does make you wholly responsible throughout for the decisions you make in resultant options.

The game is actually a reimplementation of Improvement of the Polis, and whilst I’ve not played the predecessor, the instruction booklet makes no bones about its past, seemingly with a new name, some new artwork, and a contextual history of some of the cards. I enjoy the extra context added, but if I’m being picky, I’d hope for more of it within the game itself. In a ‘quick’ Eurogame such as it is, it feels like there’s some depth missing, with the attempt to resolve this is buried in the instruction booklet.

Ultimately, it feels like a double-edged sword. All of the good things about Khora (speed, players, involvement, etc), also present frustrating negatives. In collating my thoughts, those negatives are more prominent in my opinion of it than I had realised. Having said that – I would recommend it. It's fun, fast, pretty to look at and both balanced and satisfying to play. Event cards add in a small drop of peril, and you come away feeling accomplished.  Go in with eyes open to its flaws, and you'll have a much better time of it. After all, if Rome wasn't built in a day, Khora doesn't need to be either 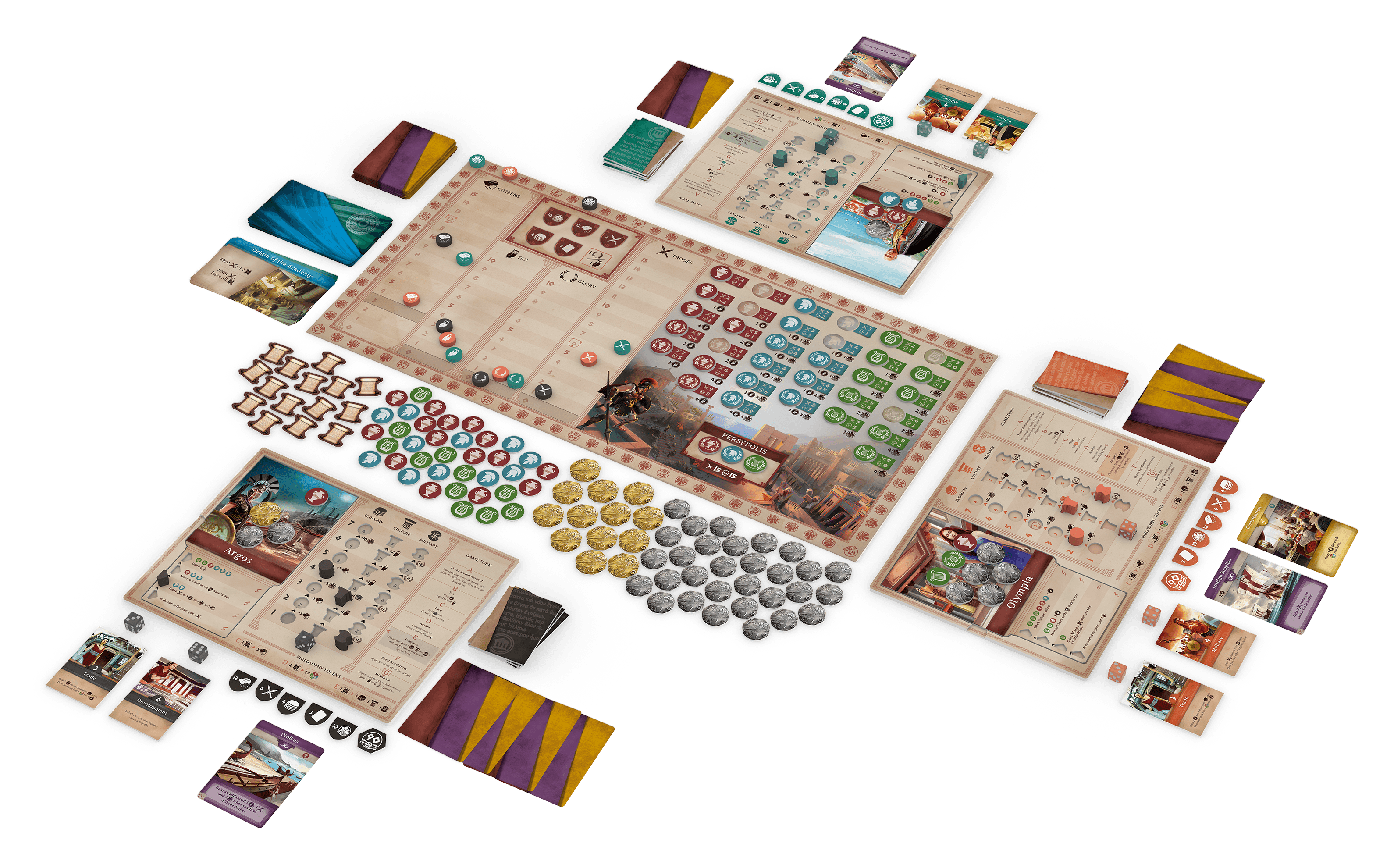 For a medium weight Eurogame, it gives more than it takes.

Try this if you liked… Furnace

The mechanics differ, Furnace scratches the same building itch that Khora does, without the steepness of the learning curve.