In the Hall of the Mountain King Review 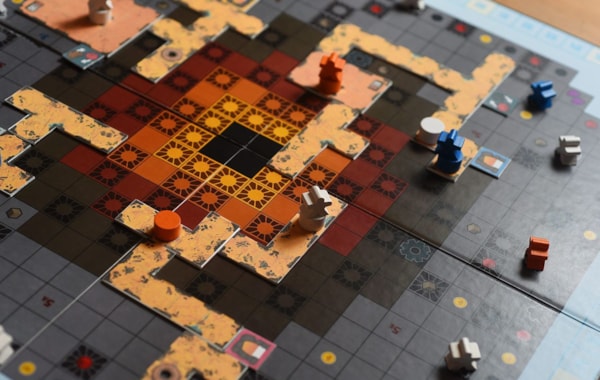 A troll’s life is not a simple one. There is always so much to contend with. Digging tunnels, for a start. Uncovering ancient statues, precious to your clan. Then carting those statues around the recently excavated tunnels and popping them onto pedestals to make them look more impressive. That’s when you’re not toiling in a workshop, hammering away at persistent rubble, or casting spells to get the edge on your mountain-mining competitors. It can all get rather bewildering at times, and you’ll often find yourself scratching your big troll head, wondering what on Earth (or rather, under earth) you should do next.

In The Hall of the Mountain King is a handsome tile-laying game, blessed by the distinctive art of Kwanchai Moriya, which offers a neat twist on the tableau builder and packs a lot of impressive detail into its box. It keeps you thinking and on your toes. But if you’re prone to the agonising, game-slowing stasis of analysis paralysis, or simply prefer your rulesets to be simple and slick, then it might not be for you.

Each player takes the role of a troll leader, returning to their ancient homeland beneath the crags of a mountain peak. Generations earlier, your people were sent into exile by their hated gnome enemies. But the gnomes have now themselves fled, after the mountain fell in on them. Each of you must carve a new kingdom out of the mess, recruiting trolls from four different clans (Fire, Ice, Moon and Mud) and excavating your ancestral halls, hoping to earn the most honour and be crowned the new trollish King.

The core process of achieving this is deeply satisfying and great fun. Tunnels are represented by Tetris-y tiles, which must be purchased using mineral resources (stone, iron and heartstone) and placed on the board to form your own subterranean network. Tunnels will give you access to honour-earning pedestals and statues, as well as key resources. But the best and surest way to earn resources is by recruiting trolls to your trollsmoot. This is represented by a gradually growing pyramid of troll cards (neatly echoing the mountain itself) whose completion by one player triggers a two-round endgame.

The best thing about this is the tableau’s resource-cascade effect. Whenever you recruit a troll to your moot, you must place it above and between two other cards. This activates not only the new troll, but also any trolls directly beneath it, enabling you to gain any resources they’re holding. Which means some thought must go into not only which trolls you recruit, but also how you arrange them. It also gives the game a cool sense of escalation: the higher you build your trollsmoot, the more resources you will reap, in turn allowing you more flexibility with your tunnel building.

This engine-building/tile-laying combo would have made a great game with no further additions. Whether In The Hall of the Mountain King is hindered or improved by all its other elements – activating rule-tweaking spell cards or workshops, moving statues by spending cart resources, positioning those statues on pedestals for game-end points – depends on how weighty you like your game complexity. It’s a shame it doesn’t give players the option of a ‘lite’ mode, like Agricola’s family variant. At the very least, it would make your first few mining adventures more welcoming and far less troll-blesome.

A fine game with a great central idea, but which overcomplicates things via several arguably unnecessary, and conceivably optional, elements 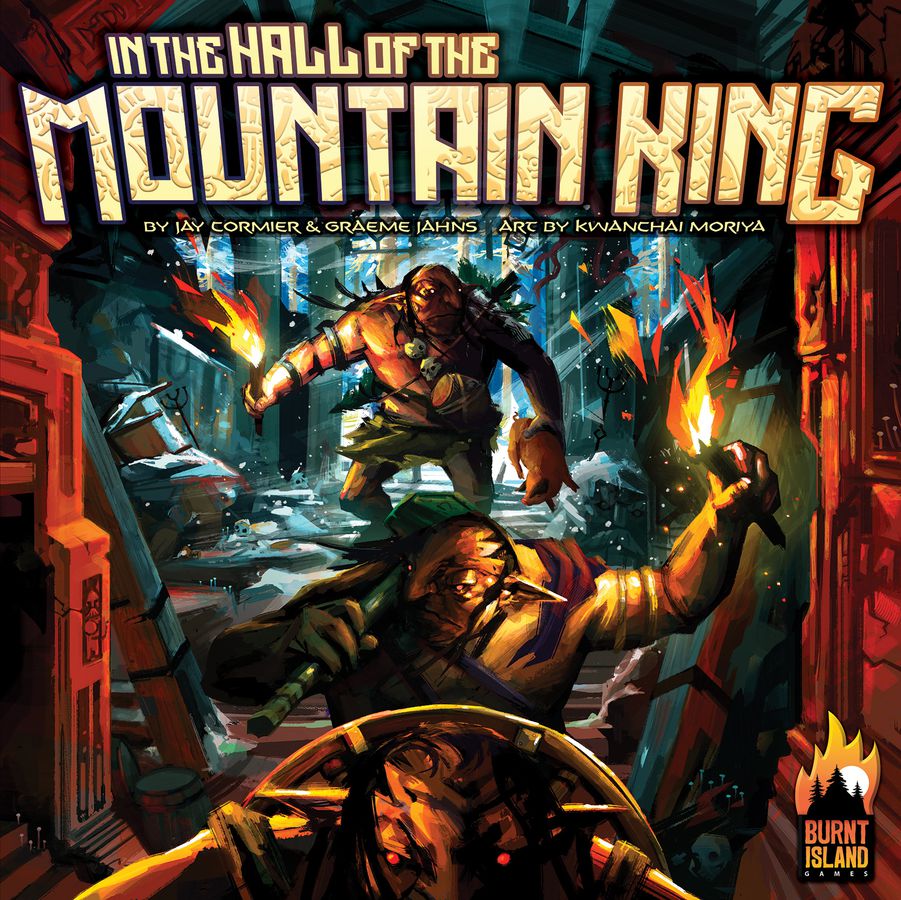 TRY THIS IF YOU LIKED… Founders of Gloomhaven

If you’re a fan of the fiddly, tile-laying/city-building Gloomhaven spin-off, then you’ll feel right at home here. But if you couldn’t stand that game, don’t worry – Mountain King is far better.