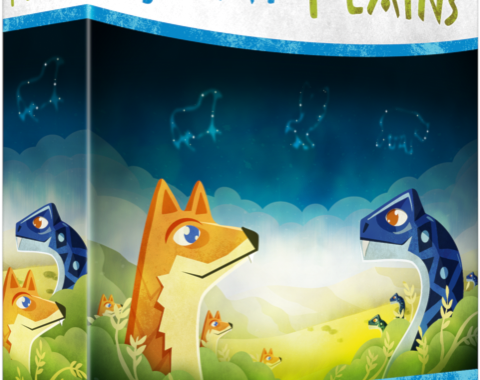 A wargame in disguise?

Area control games dressed up in cute themes are one of my favourite categories of games. Here we have foxes versus snakes battling it out in an land-grabbing game of plains supremacy with a notional idea that we’re playing out some prehistoric cave painting. A modular hex map is shuffled together each game, and player then take turns placing their snake or fox meeples on to the board, starting from one of their previously selected starting caves.

Players can place their animal armies on any non-mountainous region, either in the point-scoring grasslands, or the lush power-up providing forest. These power ups are at the heart of the game. They’re the main way that players can make more powerful inroads into other player’s territory. That could either be through powers that let you jump over mountains, take an additional step with a meeple (move two spaces away, rather than directly adjacent), or push away an opponents’ meeple – assuming there’s space.

Like a lot of Trevor Benjamin and Brett J. Gilbert games, there’s a sense of it being a wargame in disguise. The back and forth, the sense of struggle, and the very quickly forming strategies – you realise one front of the campaign is lost, but another might falling your favour. It’s chess-like in that regard – with a sense of players duelling with their battle plans.

And finally, it’s a game so quick and simple, with variable set up, that it’s easy to shuffle the board and start another round straight away. What more could we want from a two player area control game? 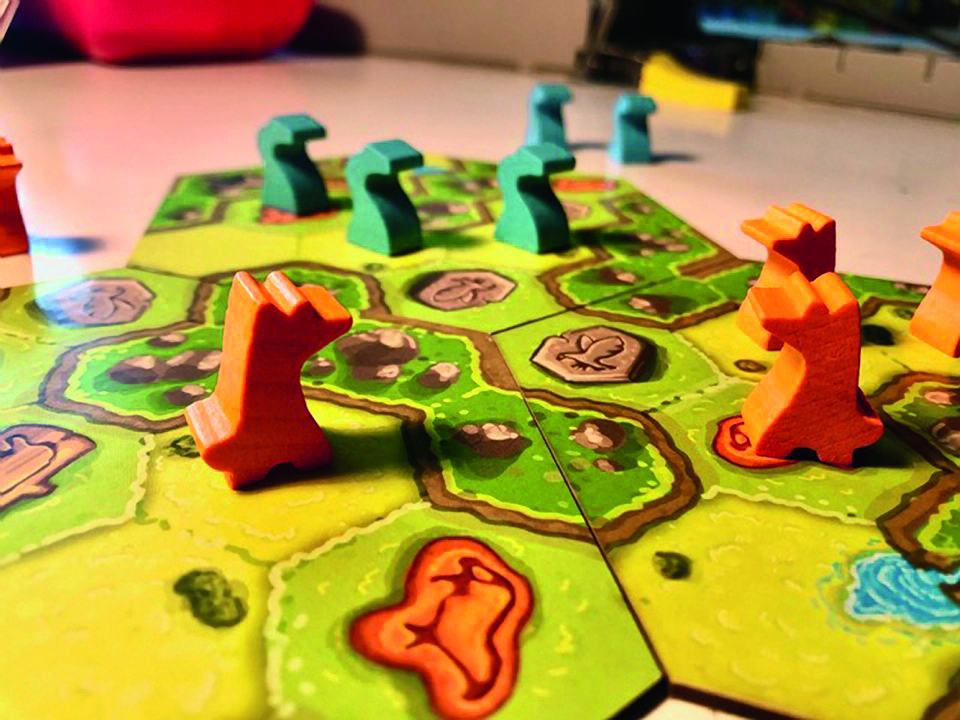