Yes, it really is a puzzle

It’s difficult to write about a game like this – the newest entries in the series of Exit Games by the Brands – not least because there’s two kinds of puzzle here, and we’re not sure about how to review a jigsaw.

It’s the classic Exit Game formula, explore a place, spot a puzzle to overcome in the shape of a coloured lock, and try and work out what the code is from the scene and materials that you have been provided. Enter this in the decoder matrix and you’ll find out if you can open the next envelope. A straightforward approach to the genre that is helped define, and one that allows the makers of this game to get you to do radically destructive things, like tear up the box, cut things up, draw over everything.

And now, we have a version with a jigsaw puzzle, or rather, four jigsaw puzzles, in the box. Each puzzle is the initial scene that players explore to spot the locks and discover clues for busting open those locks. You can see this two ways, either as a pleasant additional, if untaxing, puzzle element to add to your game – or you can see it as one of the longest set up times you’re likely to run into in gaming. That’s if you don’t include the building and painting miniatures for a wargame of course.

As someone who doesn’t often do a jigsaw puzzle outside of family holidays, the little puzzles here were gently challenging to put together, and made up most of the three or so hours we played the game. Putting these things together is as contemplative as expected. It’s just… nice?

And then you get to what we’d recognise as the ‘game’ part of the contents of the box. Working out the right hints from the landscape, and the provided clues dropped by the professor you’re following into this jungle to attempt to find the titular sacred temple, is where you’ll suddenly have to turn your brain on.

Which is a bit jarring when you’ve been enjoying a very relaxed hunt for matching colours and shapes for the last 30 minutes. As such, there’s a weird rhythm to the game that suggests that playing it in one longish sitting with a break for lunch isn’t ideal. Instead, taking it in smaller sessions, stretched out over a weekend or long break, makes a lot more sense. The game puzzles, when you get to them, are pretty difficult, and because of the linear nature of the system, there’s very much a sense of butting your head against the wall of the game. Never for too long, but just enough to get you thinking about reaching for the hint book every now and again. These puzzles are fair, in the end, and it’s just a case of being able to switch gears effectively.

But in terms of the inventiveness of the game when it comes to its ‘tear it up’ style play, we’ll just say (to avoid spoilers) that a jigsaw puzzle might actually be one of the more interesting forms to play with in this regard. This has always been an accessible game series about getting players to look at the problem from a new perspective, and the puzzle series might be the next step towards bringing more of our family into games. After all, everyone can at least jump in and help with the jigsaw. Even if they get accused of just doing the interesting bits.

If you’re prepared for a lingering experience that comes in calm waves then brick walls of tricky puzzle, it’s an excellent way to while away some afternoons.

While not quite as destructive as the Exit series, the Unlock games are undoubtedly the other escape room adventure game 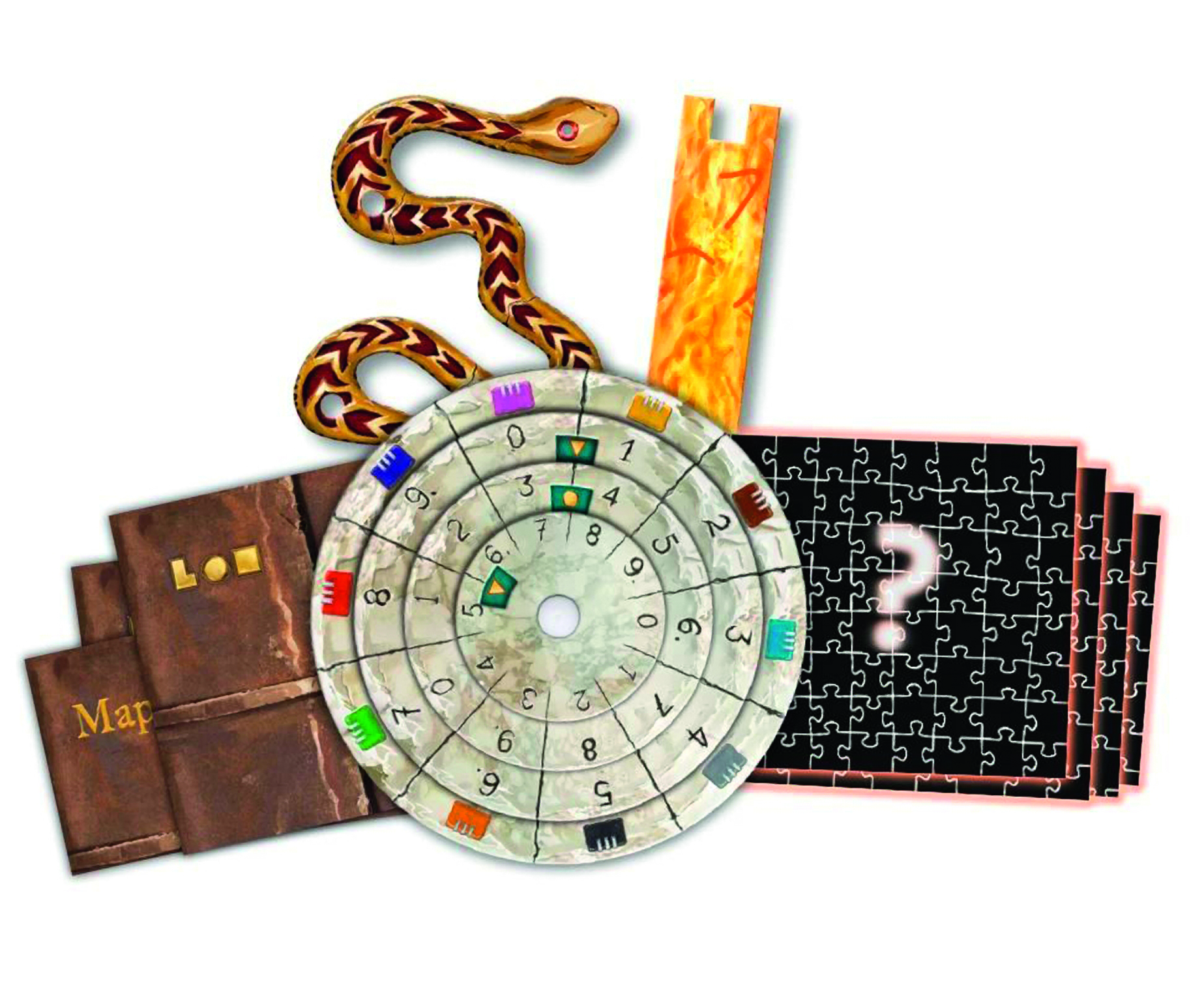