Many games put you in the general's seat, ordering countless soldiers to battle across continents, but few games put you in the boots of said soldiers, living on a knife-edge as you fight for every second of survival. Even fewer games capture this sense of bravado and desperation better than D-Day Dice.

In this co-operative push-your-luck dice game, each player takes the role of one of the four Allies as you storm the beaches of Normandy. In every round players roll their set of six custom dice to gather soldiers, courage, specialist stars and items. Players are restricted on which dice they can reroll and how many times they can do it, with any skulls showing at the end of the round negating a non-skull die in a player's pool, further reducing their options.

Every resource you roll matters. Soldiers are each player's health, with losses at the end of every round based on player location. If any player runs out entirely, everyone loses the game. Courage moves players forward from the beaches to their final goal of the enemy bunker. If any player doesn't have enough courage when they have to move, their unit is destroyed and everyone loses the game. Whilst not as essential, specialists and items provide continuous and one-off bonuses respectively, massively changing the tides of fortune to help you and your teammates survive.

Teamwork is paramount. Whilst you always choose when you move and where, you'll want to stay together as long as possible, as only when sharing a sector can you freely trade any of the above resources to one another. Need an extra star for a medic whilst your friend needs soldiers to make it to the next round? One quick trade and you're both in better standings. In addition, the game rewards "Red White and Blue" bonuses if you roll a matching set of three die symbols across the three colours, with an even bigger reward if you can roll one of each different face on your six dice. These bonuses are so powerful that you have to go for them, with each success or failure potentially making or breaking an entire game.

This core loop of roll, reroll, compromise and trading is what makes this game superb. It's hard for anyone to roll perfectly or abysmally, but you can always watch out for one another, plan together and, should disagreements happen, have the final say in what you want to do. 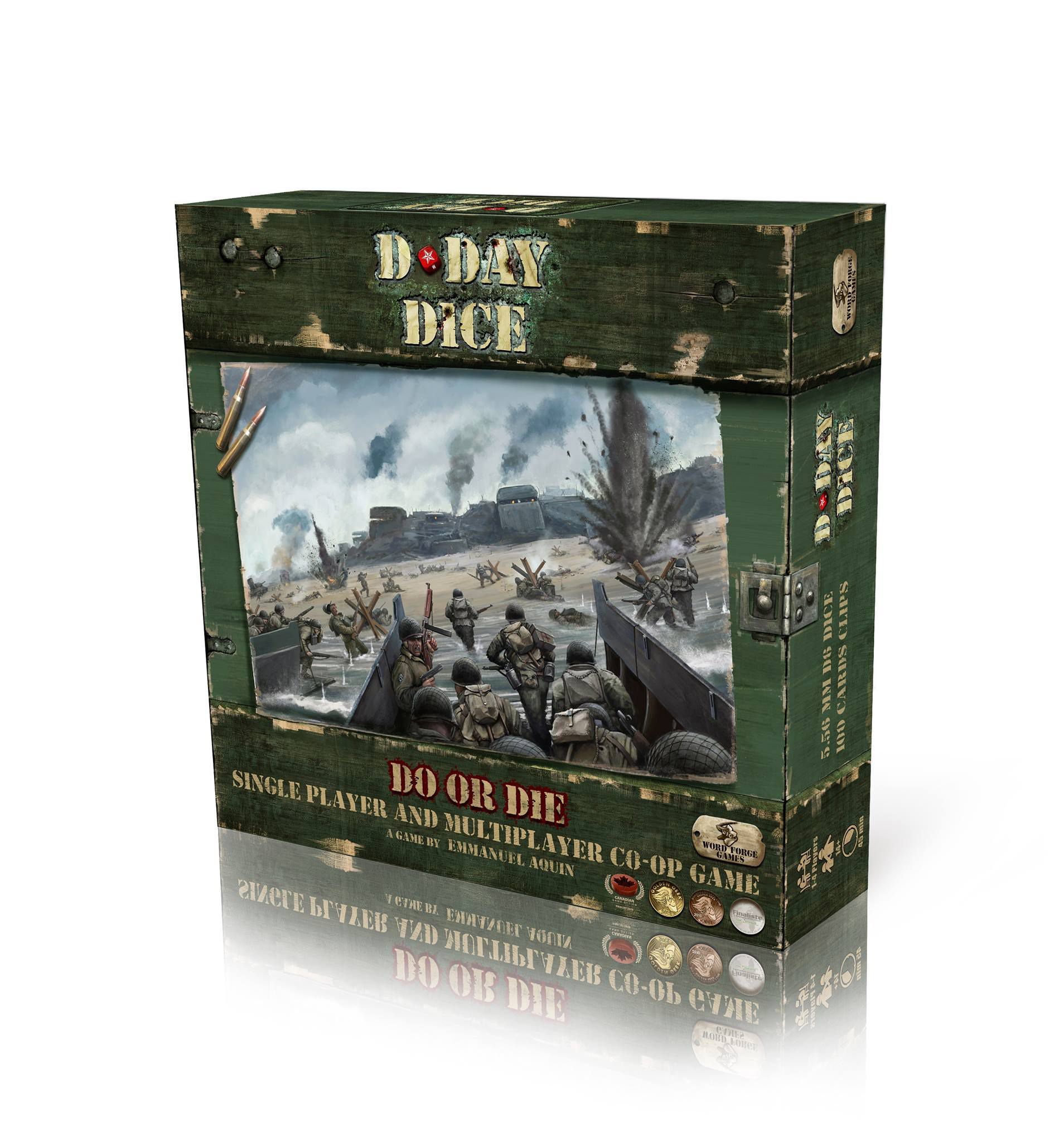 Each of the twelve unique battle maps included provides slowly scaling difficulty, presenting new challenges that will force you to rethink how you play each time, giving the game plenty of longevity. The production quality is also brilliant, improving on the previous edition with larger and clearer battle maps whilst maintaining the standard for cards and custom dice.

For me, the only flaw this game has is the accessibility of the full rules. The game's fantastic tutorial teaches the core rules wonderfully, but once it fully unleashes everything it has to offer, the sheer volume of options available will lead some players into a near perpetual state of decision paralysis.

Whilst this is easily one of the best co-operative dice games I've ever played, the potential for scaring off less confident players (or worse, having one player order others how to play) means it's not for everyone. Had the game come with a scalable difficulty for every battle map, it would be a must play. However, if your group loves to share a challenge and each player is confident in their decision-making skills, then I cannot recommend this game enough.

With incredible efforts made to present the D-Day landings and a core game loop that will have players cheering and cursing in equal measure, this is definitely worth a go if your gaming group loves co-op games or wants to start playing them.

If you enjoyed fast paced battling against unknowable horrors, you'll no doubt find this game as engaging, as even though you know what you're fighting this time, it doesn't make it any less challenging.