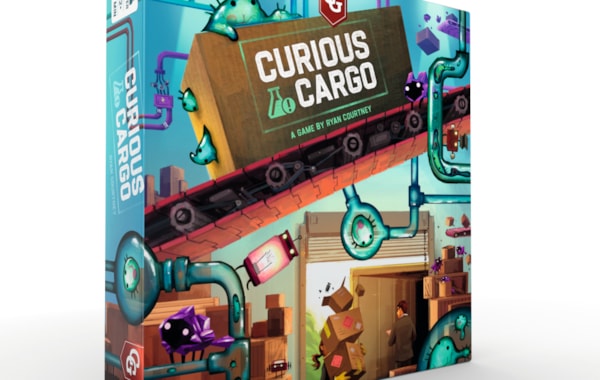 It's no Gravelly Hill interchange

Path-building games are usually pretty simple. From the gorgeous and family-friendly Tsuro, which sees players laying tiles to mark out the routes of dragons as they soar through the sky, to the abstract and deceptively brain-burning Passtally, where players stack tiles to connect shifting targets at the edge of the board, they generally attempt to create elegant spatial puzzles rather than concerning themselves with complications like set collecting or resource management.

Curious Cargo takes a decidedly different approach. A head-to-head two-player challenge, it puts players in the shoes of factory managers producing a variety of strange goods and shipping them to consumers in a fleet of trucks. To pull it off you’ll need to lay tiles on your personal factory board connecting your production machines to loading bays where they can be piled onto lorries and sent out to fulfil orders.

Of course, it’s easier said than done. You’ll never be able to build straight connections between your machines and their destinations. Instead you and your opponent draw tiles at random from a black cloth bag, laying them down as best you can and creating a confused spaghetti jumble of forks, loops, twists, turns and improbable angles. Every connection you make is the result of multiple turns spent trying to slot tiles into spaces that kinda-sorta work, stacking some on top of ones you’ve already laid and stashing others in your reserve pile to use later in the game. 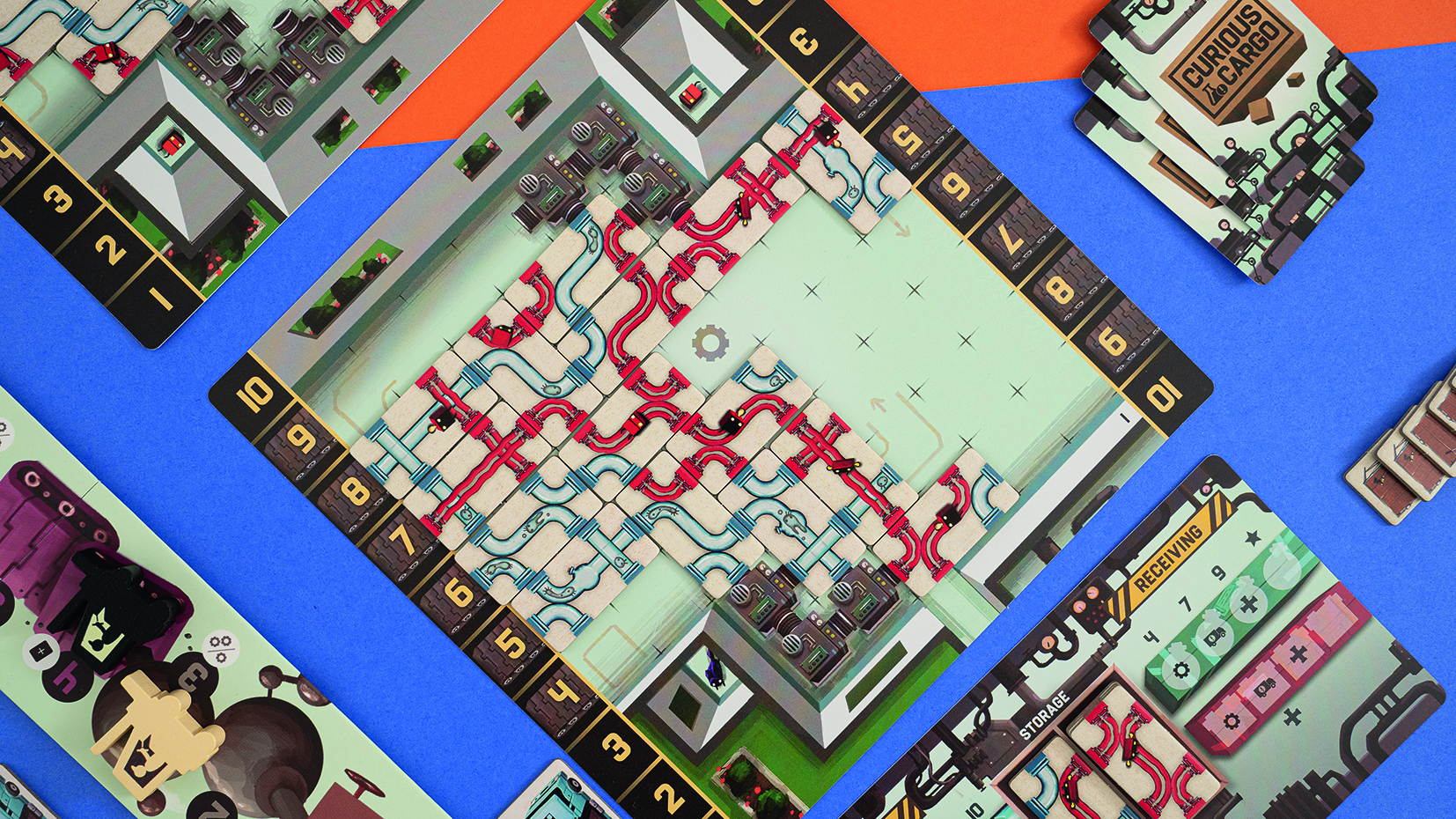 The route-building process is only one half of the challenge, though. As you play you’ll also accumulate truck cards, letting you summon vehicles to the loading docks at the side of your factory building. Whenever a new truck shows up, it nudges the ones in front of it forward, and you’ll aim to align empty spaces on your lorries with functioning bays to cram as much cargo on board as you can.

In an antagonistic touch, you can also use truck cards to call lorries to your opponent’s factory, and while it might seem counterintuitive to help them offload their wares, playing the right card at the right time can be sneakily effective. By shunting their trucks to positions where they can’t load goods efficiently you can upset their plans and cause them all kinds of headaches.

It’s just about the only bit of player interaction in the game, though. The fact that you each build your own network of tiles leaves the action feeling insular, with you and your opponent both absorbed in your own factories. Compared to the shared board of Passtally, where a single judiciously placed piece can wreck a plan that’s taken several turns to put together, it’s a relatively solitary experience.

It does offer some extra variety, with a collection of player boards offering different factory layouts and different levels of challenge. There’s also an advanced mode which introduces new types of cargo to ship, complicating your decisions considerably. But Curious Cargo never escapes a very analytical atmosphere, and if that’s not what you’re looking for then it’s likely to severely limit your enjoyment. 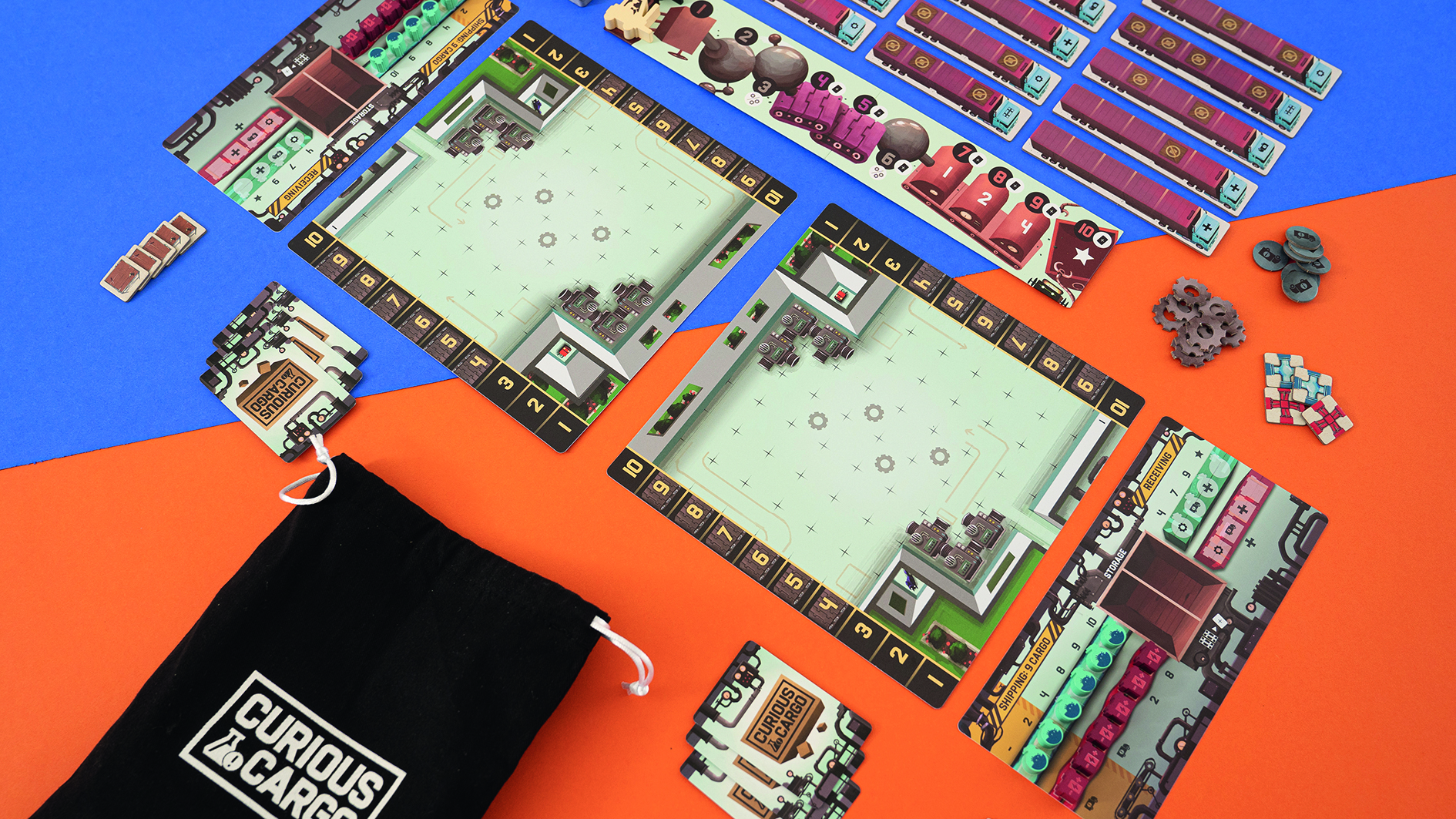