Beyond The Sun Review Through the space ages

Beyond the Sun tells you nearly everything you need to know about it from the start. Like tech trees from videogames? Like unlocking resources as a form of progress? Like a bit of space wandering? Then you’re all set to strap in for this Euro-in-space.

Having destroyed our own planet and each other, while trashing the solar system on the way out one assumes, humanity has escaped into the great maw of space and must find its path toward some kind of civilisation. Whether that’s in the form of automation or space war is entirely up to you. Well, nearly. At the start of each game you’ll be randomly dealing out cards into various upgrade slots on the board. These will be face down until discovered and unlocked by your dice shaped spacefaring peoples. Once unlocked they’ll be flipped, and new and exciting ‘worker placement’ opportunities will be available to you. You’ve only got one of these actions per turn, so every time you do unlock new tech, it feels like Christmas – and most of the time you won’t be pretending to like what you’ve got.

The mechanism for ripping open these intergalactic presents is also extremely pleasing. The six sided cubes are converted into population and then applied to the technology, opening it up for everyone to then plant their own flag. The later cards are more powerful, and researching them feels like a reward in itself. However, it’s a bit of a trap, as playing catch up can be a better use of your resources, especially if you dodge an action that doesn’t necessarily help you when unlocked. No one wants to open a present that suits someone else better.

These cubes can also be converted into ships to explore deep space – which takes place on an entirely different board and includes the rarest of things in a Euro, a bit of conflict and combat. Depending on how the tech tree resolves itself, you might find players complaining that the smaller exploration board should have been their focus since the start. It’s hard to know how much conquering of space should be carried out in this way from the start of the game, but reading your chances as you get more familiar with the game becomes easier, and becoming comfortable a tactical switch is vital if you’re going to stay in the running.

All of this comes together in a pleasingly brain burning experience with a punchy feeling of FOMO. What action will you choose, especially when one of your actions is to get more actions for later turns? The split-brain feeling of the second board also adds drama to the situation, and while nothing is truly lost in defeat on deep space, it can still feel like it.

Beyond the Sun is a dazzlingly good game that demands repeat plays through its complex and compelling systems. For those on the hunt for their next big bite of a Eurogame that they can keep coming back to, Beyond the Sun has boldly gone where we’ve been before, but rarely this well.

A nearly pure synthesis of many of the best Eurogame ideas of the last couple of decades, Beyond the Sun is one of the smoothest launches into the stratosphere for a first time designer we’ve ever seen. One giant leap indeed.

TRY THIS IF YOU LIKED Through the Ages…

One of the games that inspired Beyond the Sun seems like a fitting place to start your civilization’s journey to the cosmos. 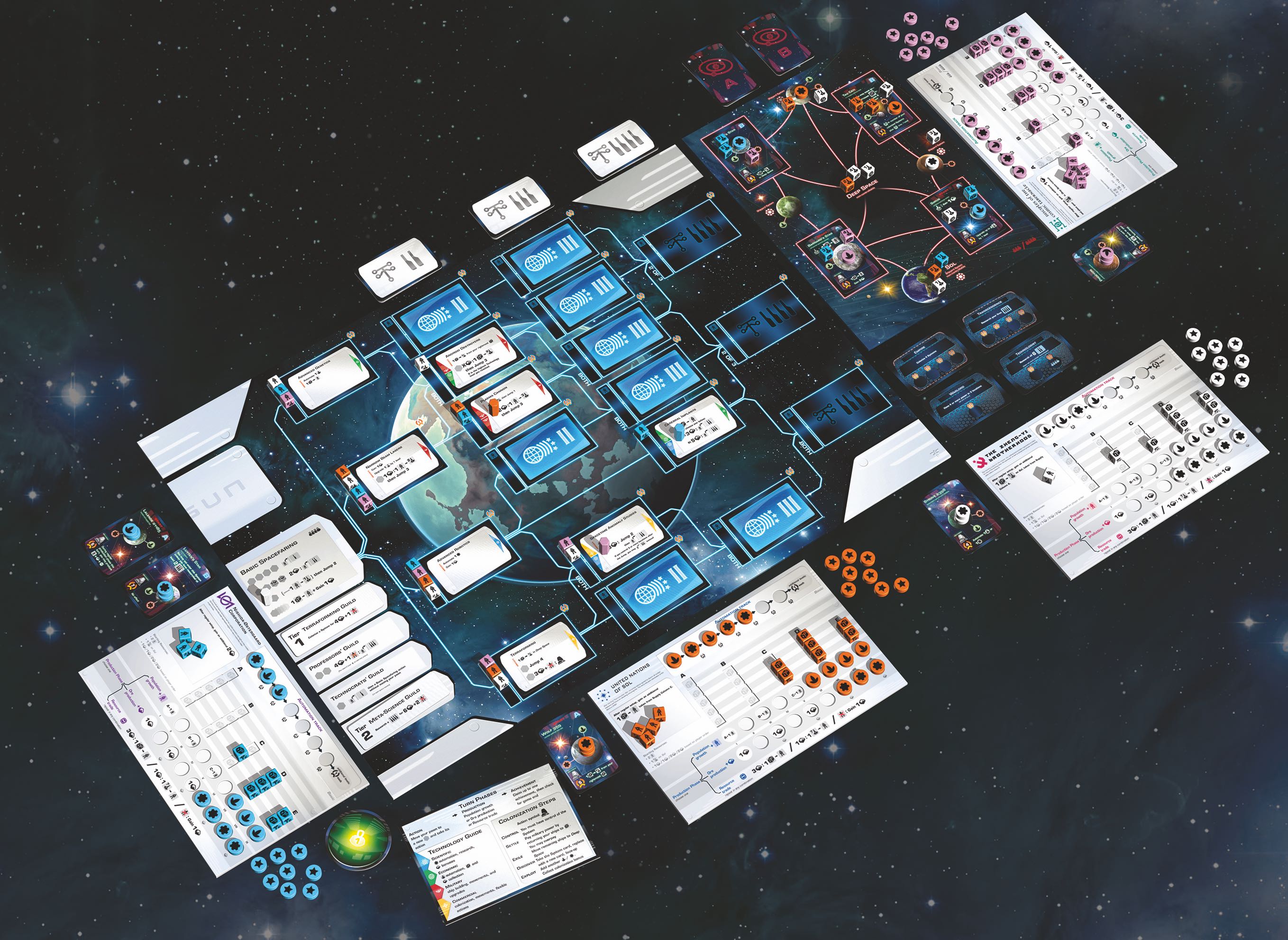 Want to see more? We have an interview with designer Dennis Chan, that you can read by clicking here!