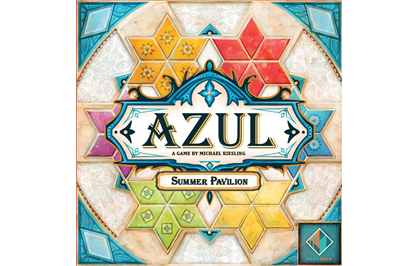 Azul was Michael Kiesling’s beautiful, million-selling and Spiel des Jahres-winning game of placing tiles to ornament the palace of Évora, and Azul: Summer Pavilion is the third part of the trilogy.

Trilogies have an interesting place in gaming: there aren’t many successful ones, as hit titles have a habit of spawning spin-offs until they outstay their welcome, and one weak entry in the series can undermind the reputation of the others. Recently both Century and the Western Kingdom games have produced three cracking games, but perhaps the most respected is the Masks trilogy (Tikal, Java and Mexica) from twenty years ago, the first of which also won the Spiel des Jahres They were created by the legendary Wolfgang Kramer and his at-the-time protégé, a chap called Michael Kiesling.

He’s got form in the area, is what I’m saying.

Though they’re dressed up with a theme of decorating Portuguese palaces with intricate tile mosaics or stained glass, the Azul games are fundamentally abstracts, and Summer Pavilion is no exception. The structure of the game is largely unchanged: each turn you’re still selecting a subset of tiles from one of the factory displays, and then using them to fill spaces on your board. But the boards and tiles are what’s changed: instead of squares within squares we have interlocking flowery stars or starry flowers made of diamonds, and it is gorgeous. You thought the original was pretty? This leaves it in the dust.

The tiles aren’t individually as nice but the cumulative effect, and the tactility of making patterns, combine in a glorious swirl of delight. Chris Quilliams’ graphics work remains some of the finest in the field. And the new mechanics and systems are just as attractive and elegant.

Summer Pavilion has six colours of tiles, against the original’s five, and over the game’s six rounds they take turns to be the wild card, letting that colour stand in for any of the others. You’re trying to fill as much of the seven stars on your board: they match the six tile colours with a seventh star in the middle, which must be completed with six different tiles. 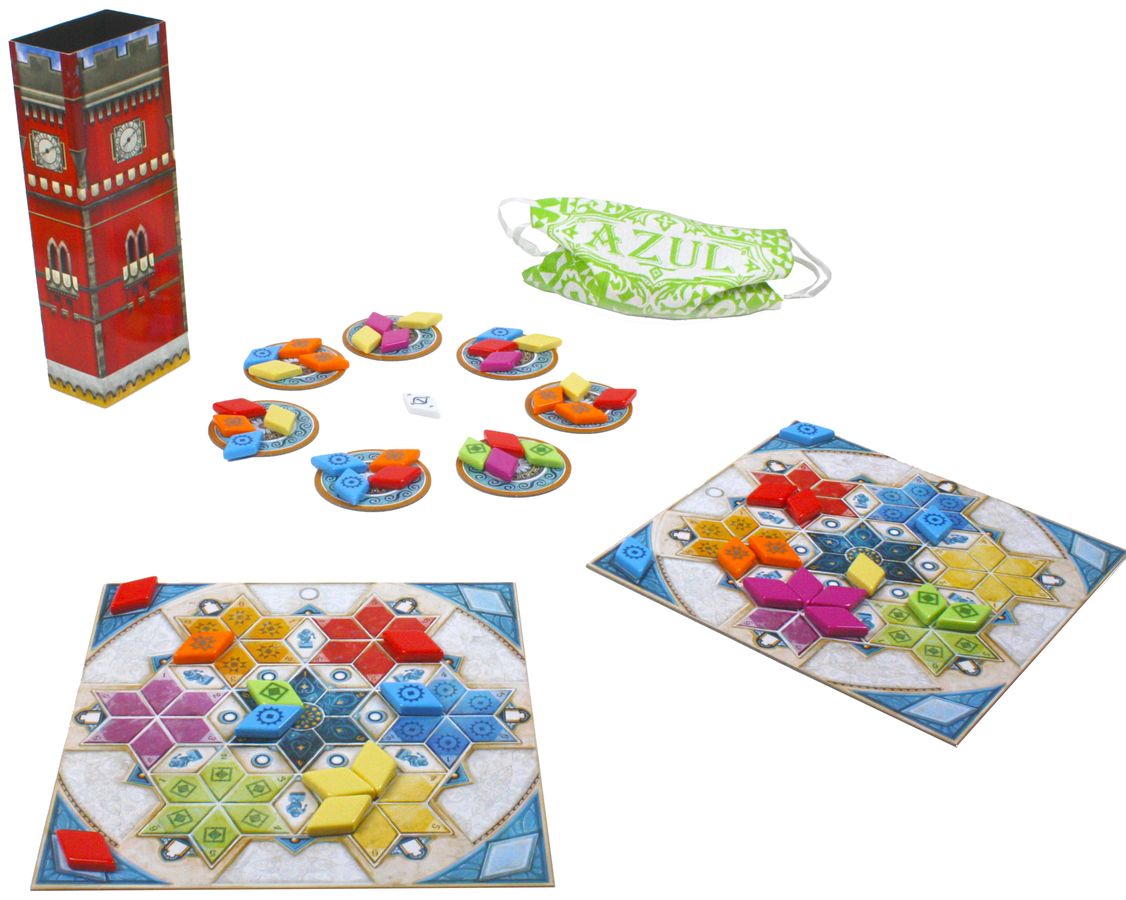 The spaces between the stars are interesting too, because they give bonuses if you can surround them – extra tiles of your choice, which can be extremely valuable.

It’s hard to fault any part of the gameplay. Everything is elegant and fits together, the strategies are intriguing, the length is perfectly satisfying for everything to come to an end and yet you feel the urge to try it again, and the physical production is so high that it demands to be played with.

If there is a fault, it’s in the rules which could be better explained and laid out. I’ve noticed this problem with other Plan B games: they have some urge to fit everything onto a single (albeit large) sheet of paper, at the expense of clarity. An eight-page booklet would have given the text room to breathe a bit more. But there’s always Youtube for explanations on how to play, and if you’ve tried either of the earlier Azuls then you’ll recognise much of what’s here.

That isn’t to say it’s the same game again. Summer Pavilion takes all that was good about Azul and reworks it into a greater game: more elegant, more intelligent, more engaging, a genuine improvement on a title that’s already a classic. If you enjoy the original then I strongly recommend this, and if you’ve yet to try any of the series then it’s a fine place to start.

PLAY IT? MUST-PLAY
More than just a remix, this is a reinvention of the original’s systems to create a game that’s familiar but demands a whole new set of strategies to succeed.

TRY THIS IF YOU LIKED… Sagrada
Well, Azul too obviously, but there’s more than a thematic overlap between this and the game of making stained-glass windows from a selection of dice. 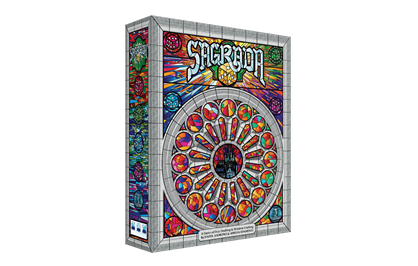