The scope of Assassin’s Creed: Brotherhood of Venice is frankly enormous. Not in the sense of a living world, but in the sheer amount of stuff the game wants to do. It’s been a long time coming – four years since the original Kickstarter funded – and now it’s here it’s like meeting someone from a different time.

Which is a refreshing experience. This is not a legacy game, or a persistent world game, or even a campaign game at its heart – it’s a tactical skirmish game that happens to have large dollops of those other elements. It’s great to get that crunch of thinking about positioning, movement, and stealth in a way that has been buffed out in a lot of more recent entries in this vague ‘adventure’ category.

Players take the role of assassins working their way through a series of dangerous missions where they’re going to have to be sneaky and a little bit violent. Mostly they’re going to have to think carefully about how they’re going to get away with their objectives. Much of the game is hidden in legacy-style boxes and envelopes, drawing you into the setting and your character as you go. Stealth, and being spotted, is handled with dice rolls and swapping bases for your miniature. If you deal with the situation, by running away, hiding, or something a little more stabby, you leave that ‘alert’ ring behind. These alert rings will draw nearby enemies during their phase and can cause a whole host of problems.

Players also manage a ‘villa’ between missions where they can heal up, improve their gear and so on. It’s a pleasing little moment of peace between the tough choices of the modular city. 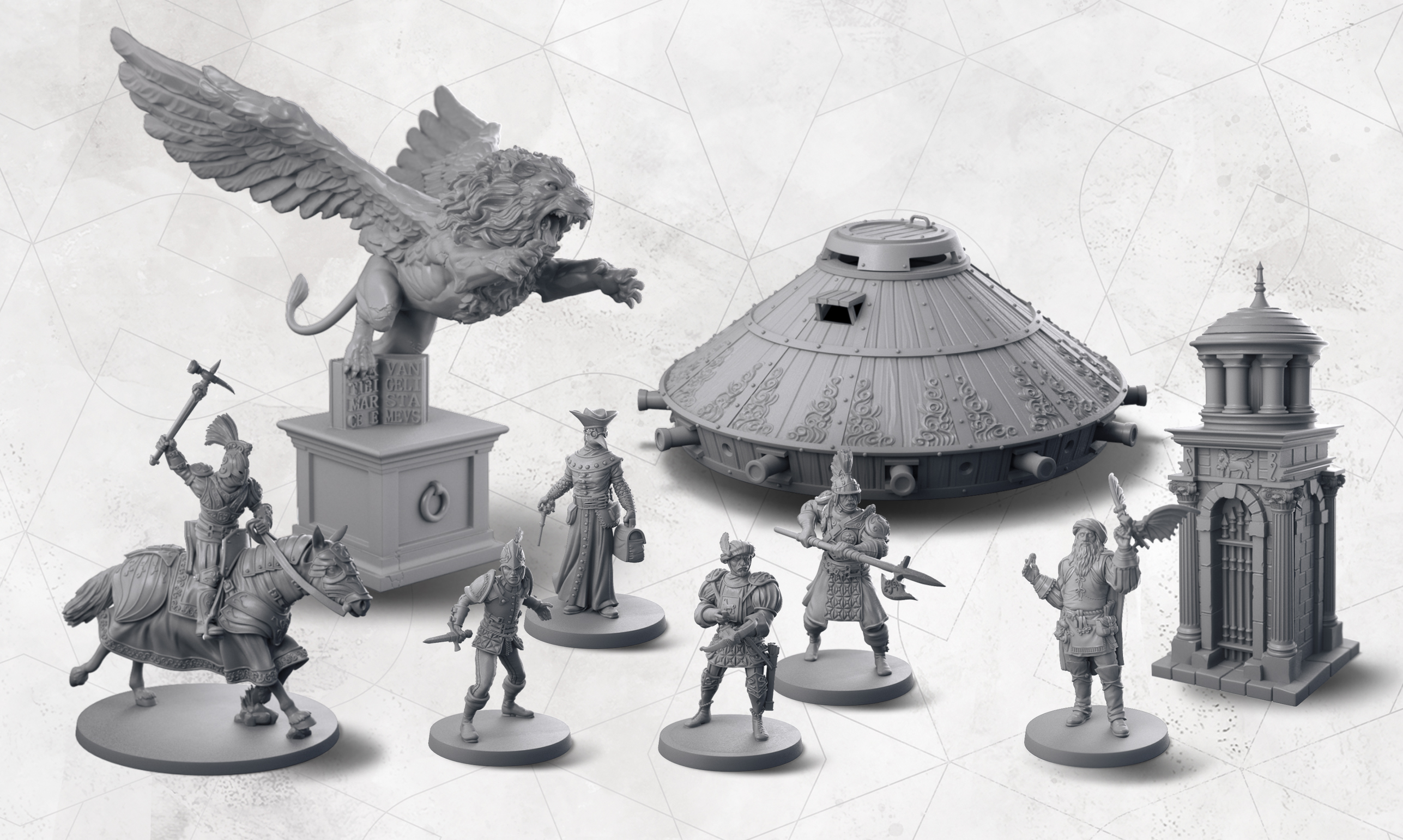 And it feels good. It’s a crunchy and tactical game – it has a wargame feel about it. The spatial puzzle, and the future problems presented by new enemies spawning, or heading towards the last place they heard a noise is pleasing to overcome. The sense of risk is high – you can easily get mobbed.

And if you’re going to get mobbed, it might as well be by the incredibly beautiful miniatures. Intricately detailed, with forms and poses that feel real and human – they’re some of the best we’ve seen. There’s also enough minis in the box to start a (somewhat) historical army for an actual wargame. It’s frankly staggering what’s in there. And even some of the miniatures that aren’t boxed away in legacy cardboard will have you wondering about what’s in store for you later down the campaign.

With that comes the price tag of course. It’s a lot of money. But if you’re looking for the translation of the Assassin’s Creed video games, there’s nothing else that’s going to give you quite as much bang for your buck, even if it’s a lot of bucks.

The campaign itself is rich enough in its set ups and rewards to keep you pushing on to the next scenario immediately, and you’ll soon be pushing for the improvement and progression of your assassin between scenarios, making choices about who to take out for each mission, and who to rest up.

If you’re planning to swan-dive into the haycart of this franchise on your tabletop – there’s no better way to do it.

A really strong tactical experience that drip feeds you interest and drama in equal measures.

Read our feature on Descent: Legends in the Dark by clicking here

Didn’t like the app-led work in Legends of the Dark? But still want adventures that are polished with a real sense of dealing with the combat puzzle, look no further…