A War of Whispers Review 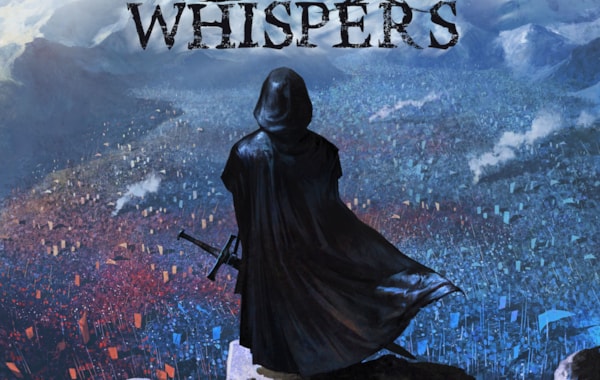 The war of wits

As board gamers we are not novices in controlling armies over the expanse of a tabletop battlefield, managing strategies, supply lines, objectives and battling opponents one turn at the time. A War of Whispers has all of that, but it doesn’t put players in charge of an army on the battlefield. Instead, players are the shadowy figures that whisper in the ears of queens, emperors and leaders.

A War of Whispers takes place over a circular board divided into five empires. Each turn players assign their agents to one of four roles in each empire – sheriffs, stewards, marshall and chancellor – and perform the associated task, like recruiting more soldiers, attacking other territories and picking up cards, which can be used as bonus actions later in the game. The tasks vary slightly from one empire to another, accounting for the difference in their location, the number of not-so-friendly neighbours and the capabilities of each nation. The animals representing each empire give hints as to their strengths, which become even clearer through card abilities.

The snowy empire with the polar bear as their emblem is ferocious in their attacks. Although they don’t have much recruitment power, they start the game with the biggest army and their actions and cards reward aggression and brutal play. Whereas the horse nation starts with no army units at

all but use their vast territories and resources to endure through the years of conflict. There are also eagles who have good manoeuvrability, elephants who are strong soldiers and lions who are efficient at mobilisation.

Players might be able to spot locational strengths and weaknesses of each empire just by looking at the map. However, learning how to best utilise their actions and cards will take at least several turns, if not several games. Especially, since each action can be used not only to make that empire stronger, but also to sabotage it.

A War of Whisper’s last twist that is that players are routing for different empires to succeed. At the start of the game, tokens representing each empire are randomly assigned to multipliers of positive and negative values. This encourages players to try to manipulate events in such a way, that empires that earn them the most points are doing the best, while territories with minus modifiers get defeated, so they don’t give them negative points. 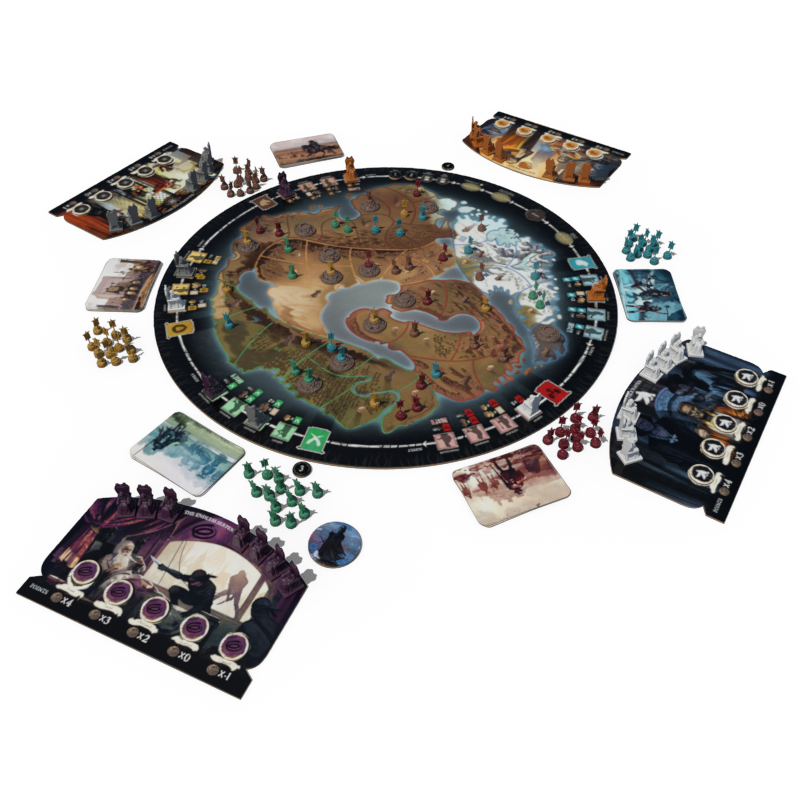 While the tokens can be revealed throughout the game, for the majority of A War of Whispers, players only know for certain about their own goals. Some assumptions can be made by observing actions of other players and which empires they seem to be favouring, but the games’ strategies are broad enough that moves can easily be misleading.

There is depth within the game for short-term and long-term strategies, and even bluffing, if players are skilful enough manipulators of the board.

To get the most out of A War of Whispers, players will need to fully embrace their roles, utilising their actions, powers and army locations on the map to try to fool and maybe even secretly manipulate other players into helping them with their goals. This will require not only deep game knowledge but a certain tactical finesse. Less skilful or knowledgeable players, therefore, might suffer and overall the game enjoyment perhaps over-relies on the players’ complete commitment to the roles.

Despite all these complexities, A War of Whispers is not a long game, lasting only four, fairly snappy, although intense, rounds. This tension ramps up, especially in the last round, when any remaining pretences are discarded, the best cards and combos are played in order to secure the territories and get the most points.

All that scheming, planning and manipulating is enough to cause a headache, however the satisfaction from pulling a master strike from behind the scenes, while outwitting and out bluffing your opponents around the table, just might be worth it.

If you ever wondered what it would be like to be Game of Thrones’ Littleﬁnger, manipulating kingdoms and armies to achieve your secret goals, then play A War of Whispers. This game allows to be as cunning and clever as one wants, without, hopefully, getting stabbed in the end.

TRY THIS IF YOU LIKED…A GAME OF THRONES: THE BOARD GAME

Those who enjoy the scheming and the switching allegiances of A Game of Thrones: The Board Game, but don’t want to spend the whole day playing one game, will ﬁnd what they are looking for in A War of Whispers.