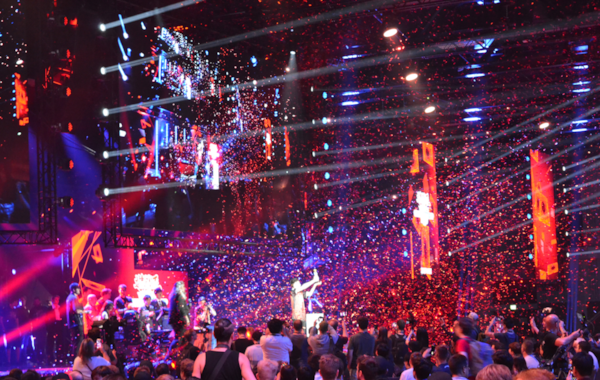 Last weekend, 60 of the globe’s best Yu-Gi-Oh! players headed to Berlin, Germany to compete in the trading card game’s intense World Championship – and Tabletop Gaming was there to experience it for ourselves.

The World Championship is divided into three formats: the main trading card game, its junior Dragon Duel tournament for under-13s and a separate competition for Duel Links, the digital mobile and PC app that uses a stripped-down set of rules and cards for matches that can wrap up in a fraction of the time required for the full thing. (For this reason, Duel Links rounds were played to the best of five, compared to the TCG and Dragon Duel best-of-three format.)

Qualifying rounds took place on the Saturday of the two-day event, in a quiet set of halls in Germany’s Estrel Congress Center where dozens of players played at the same time, the only sound being the turning of sleeved cards and the occasional hushed clarification from one of the judges roaming between the rows of tables. Berlin’s tournament marked the first time the World Championship has been held in Europe since 2014, having taken place in the US or Japan for the last five years. 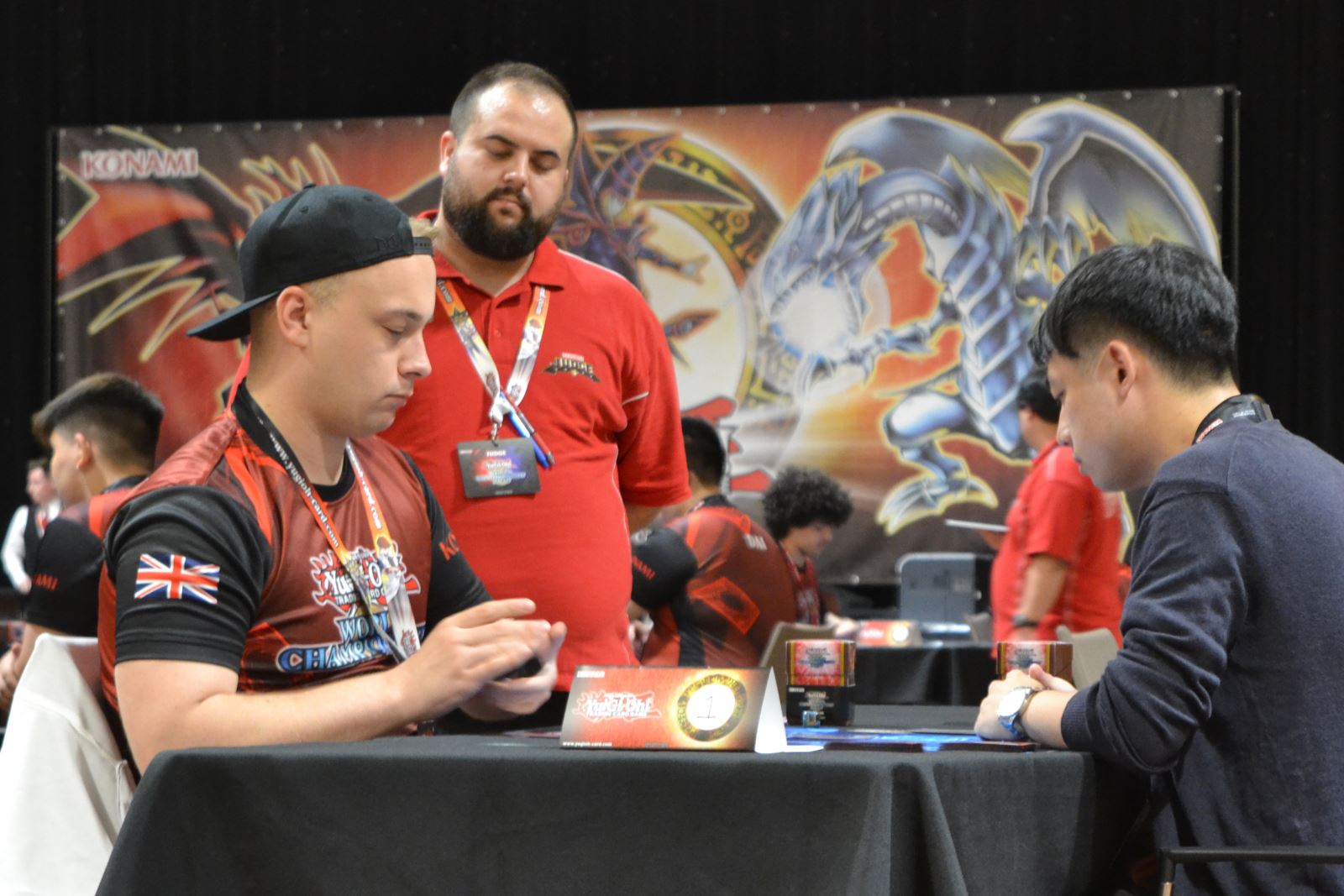 The qualifying rounds used the Swiss format; players played five rounds, earning three points for a win, one for a draw (commonly the result of timing out after 40 minutes) and zero for a loss. The top eight players made it through the quarter-finals, before being whittled down to four semi-finalists and, finally, two finalists in each category who took to the event’s main stage on Sunday in front of approximately 3,000 fans.

British hopeful Jake Quinsee, who had earned an invitation to Worlds by placing in the top four at the European Championships, made it through to the quarter-finals at the top of the Swiss points rankings, before being eliminated by America’s Dakota Angeloff. Quinsee was the only UK entrant in this year’s Worlds; no UK player has ever won the competition. (Hear more about Quinsee’s journey to Worlds in September’s issue of Tabletop Gaming, on sale August 23rd.)

The main event on Sunday opened with a serious bit of fan service. Dan Green and Eric Stuart, the voice actors for Yugi and Kaiba in the Yu-Gi-Oh! animated series, narrated a lengthy duel live on stage in-character as clips of the anime were played to bring alive the monsters summoned. (Behind them, two stand-ins drew and played the physical cards as they were named.) With Yu-Gi-Oh!’s rules having expanded quite a bit over the 20-plus years the game’s been around, the two actors handily recapped new summoning techniques as they popped up. 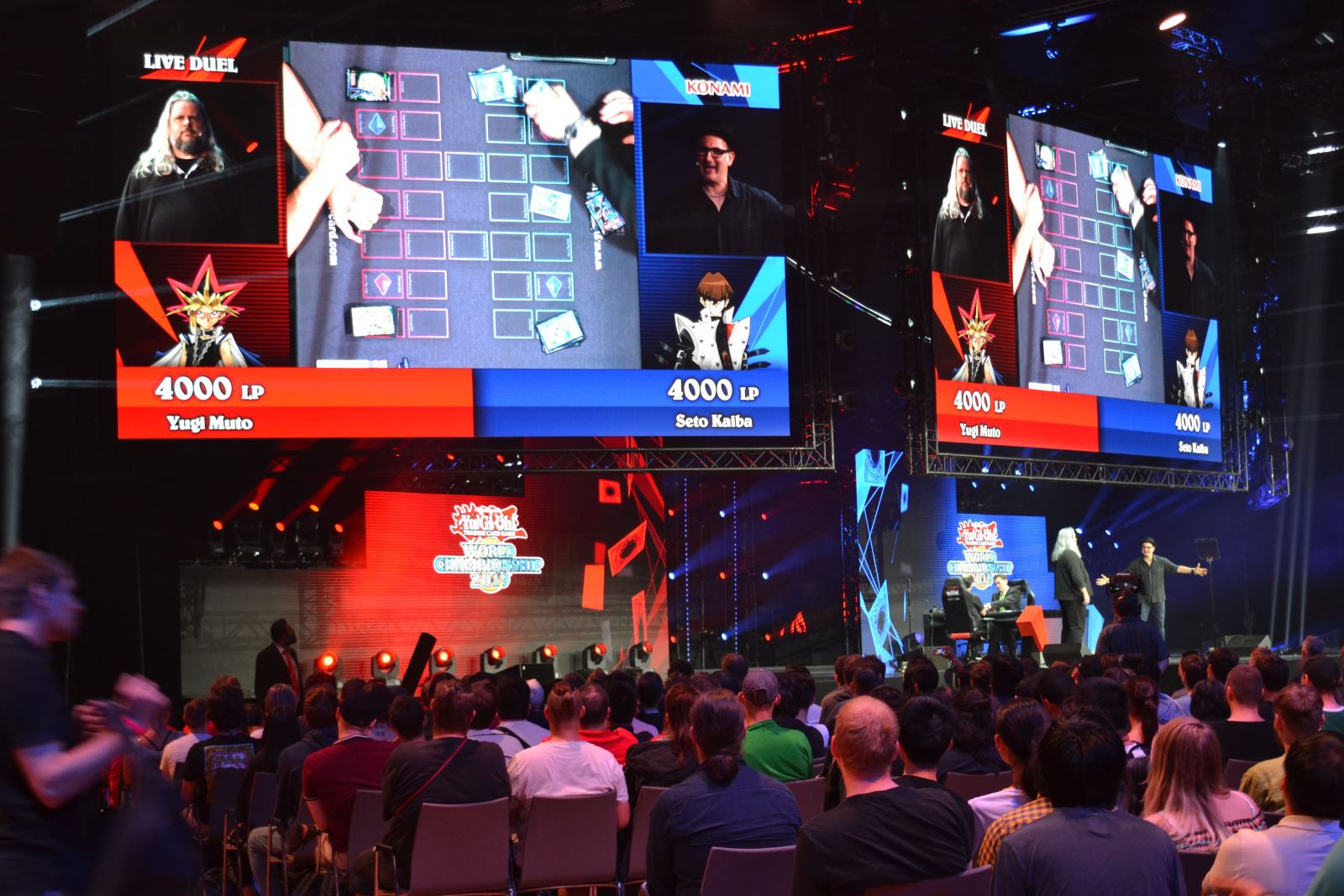 The Dragon Duel final saw Taiwan’s Shang en Sun face off against Danish Vitus Krogh, with Sun winning two straight matches using the Salamangreat deck to claim the overall victory. Salamangreat was the hottest deck of the competition, with half of the 60 players said to using a variant of the card list during the World Championship.

Next up was the Duel Links final, pitting 2018 World Champion Takahiro Hamada against his fellow Japanese competitor Shuhei Kobayashi. Kobayashi pulled out a shocking fast win against the titleholder in the first game of the digital app, beating Hamada in just two turns – all the former World Champion could do on his turn was simply draw a card before he was beaten.

Kobayashi continued his devastating run, winning the second game also as swiftly as the first and claiming a third in a row to triumph and take the title of Duel Links World Champion off Hamada. Duel Links requires players to use different decks in each match; it was Kobayashi’s Sartorius Desperado Barrel Dragon deck that helped secure his climb to the top in the last match. 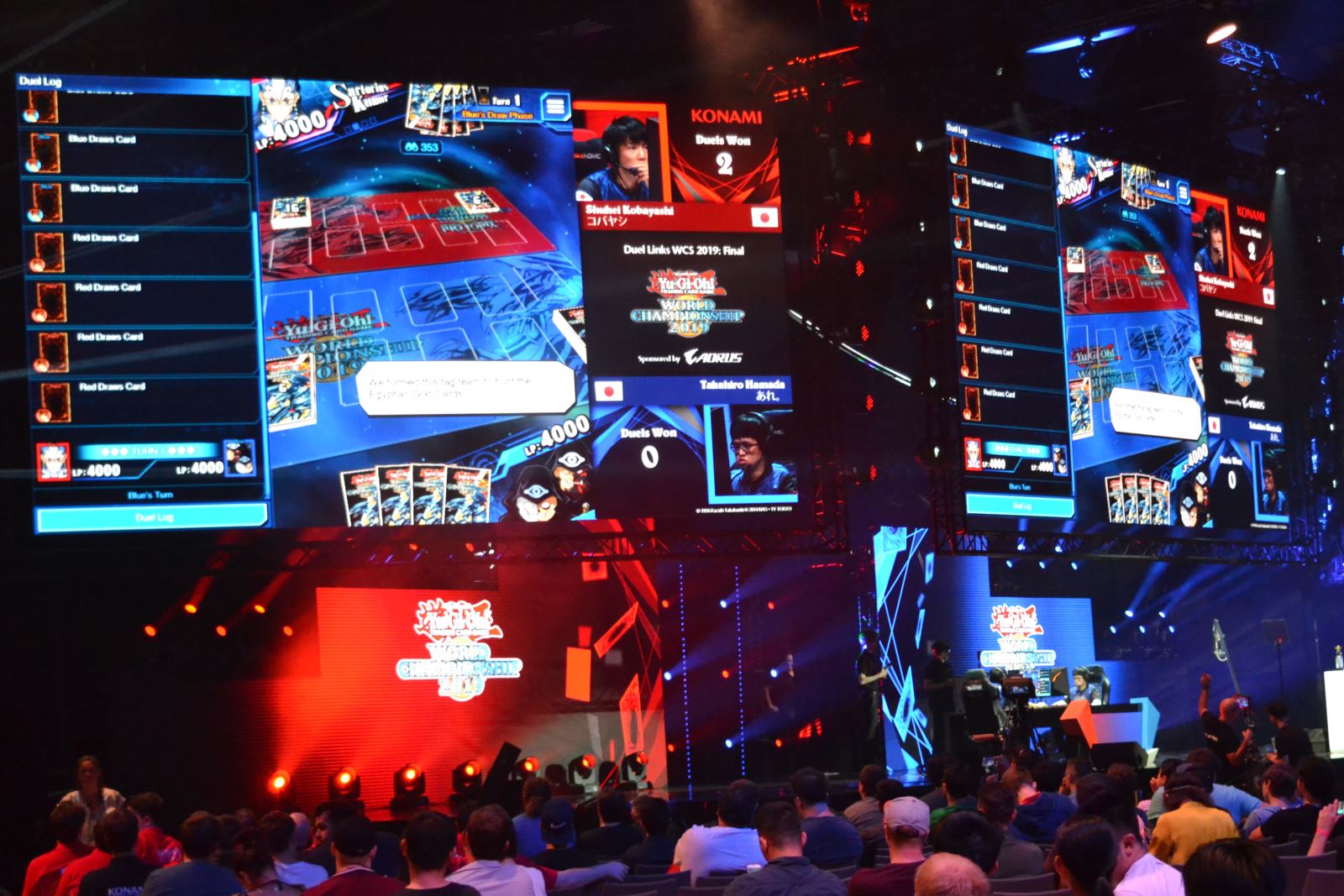 Bringing the event to its grand finale was the final for the main trading card game, which once again saw last year’s World Champion return to defend their title – in this case, Taiwan’s Chia Ching Wang defending against Japan’s Kouki Kosaka. Both players were using Salamangreat decks, making the showdown a heated mirror match.

As in the Duel Links final, it was a stunning turn of events as hopeful newcomer Kosaka won two clean games in a row, resulting in another title change as he claimed the title of TCG World Champion from Wang.

After two intense days of competition, this year’s Yu-Gi-Oh! World Championship came to a close with the three victors holding their trophies aloft surrounded by the rest of their fellow competitors. The winners earned an ‘Extra Secret Rare’ card – Kaiser Eagle, the Heavens' Mandate – created specifically for the event. (Last year’s prize card was reportedly sold by the winner within two hours of the tournament for $20,000.)

You can watch some of the feature matches and finals from both days of the 2019 World Championship below; the dates and location of next year’s Worlds are yet to be announced.

This article is based on attendance of the 2019 Yu-Gi-Oh! World Championship. Konami provided travel and accommodation.