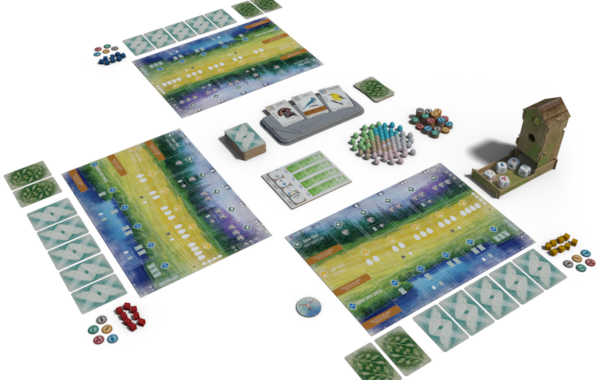 Elizabeth Hargrave’s smash-hit strategy board game Wingspan has scooped up another prestigious award from the world of gaming.

Following its reception of this year’s Kennerspiel des Jahres prize for ‘Expert Game of the Year’ over the summer, Wingspan was celebrated by another major German game accolade: the Deutscher Spielepreis, or ‘German Games Prize’.

Unlike the jury-decided Spiel des Jahres – arguably making the award the critics’ choice – the Spielepreis is voted for by the public, who can nominate any game from the last 12 months.

Second to Wingspan in the public vote was The Taverns of Tiefenthal, the latest board game from celebrated Quacks of Quedlinburg and The Mind designer Wolfgang Warsch, with Daniele Tascini’s heavy strategy game Teotihuacan: City of Gods in third.

Other games to make the 2019 Deutscher Spielepreis top ten shortlist included Spirit Island, Architects of the West Kingdom, Detective: A Modern Crime Board Game, Underwater Cities, Newton, Just One and Gloomhaven. The presence of games from 2017 (such as Gloomhaven) may be explained by their release in German during the eligible period for nominees.

The separate award for the Deutscher Kinderspielepreis – German Kids Games Award – the counterpart to the Kinderspiel des Jahres, was picked up by Concept Kids Animals, the even more family-friendly version of the deduction game about guessing animals from a combination of picture clues such as colour, size and physical features.

Wingspan follows last year’s Deutscher Spielepreis winner Azul, the first game to win both the Spielepreis and the Spiel des Jahres in the near-decade since seminal 2009 deckbuilder Dominion.

Wingspan, meanwhile, has become the first game to collect both the Kennerspiel des Jahres and Deutscher Spielepreis since 2012’s Village.