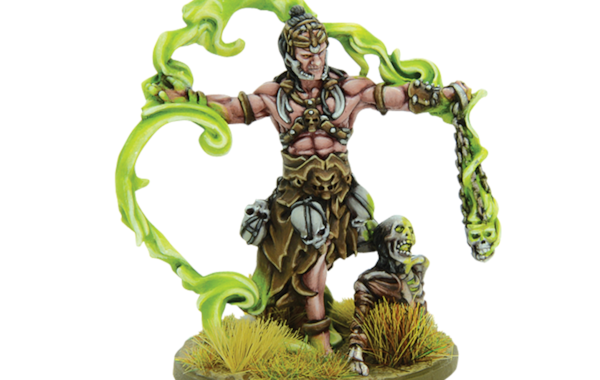 Rick Priestley, the veteran British wargaming designer behind Warhammer, Warhammer 40,000, The Lord of the Rings Strategy Battle Game and more, has revealed his next fantasy miniatures game.

Warlords of Erehwon is Priestley’s next project with Warlord Games, the publisher with whom he has created (or co-created) Bolt Action, Beyond the Gates of Antares, Black Powder and more.

The miniatures game’s universe sounds like familiar territory for Priestley, involving groups of human and monster forces – both dead and alive – clashing in a world with elements of myth and magic.

The gameplay is built around warbands of a few dozen models on either side, with around five to ten figures in a single squad. As well as individual warriors, bigger war machines, vehicles such as chariots and monsters can be drafted in an army as single more powerful entities.

The action is designed to play out on a six-by-foot-foot battlefield, driven by d10 dice rolled to resolve a ‘universal test system’ modified by models’ individual attributes that Warlord claims keeps the game driving along at a good clip.

While the game supports standard fights to the death reliant on tactical play, the warband-style format is described as also supporting more tailored scenarios.

Warlords of Erehwon’s core rulebook goes up for pre-order today, with a release date yet to be announced.