Warhammer: Age of Sigmar trading card game Champions will let you use your physical cards in its digital app 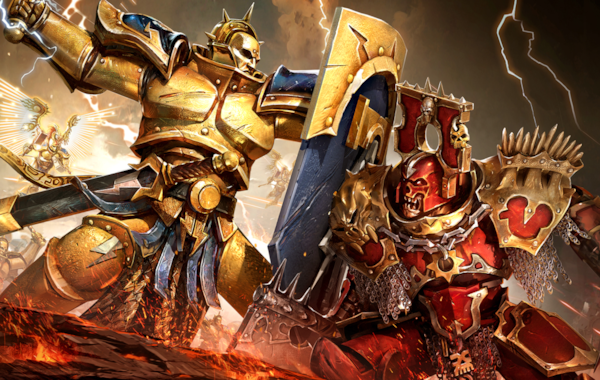 Warhammer is getting a brand new trading card game that plans to bridge the physical and digital worlds.

Warhammer: Age of Sigmar: Champions is being developed by PlayFusion, the studio behind similar hybrid toys-to-life franchise Lightseekers. Lightseekers is made up of a combination of a physical TCG, video games and action figures that can all be used together – so the toys can be used to control the mobile games, and include packs of cards for the card game, for instance.

Champions will follow suit, releasing as packs of physical cards that can be played as a game by themselves, or viewed using the game’s upcoming iOS, Android and PC app – built on PlayFusion’s flagship Enhanced Reality Engine – to unlock extra features through augmented reality. The app will itself be a fully standalone digital version of the card game.

Perhaps the most important point of this is that any physical cards you buy will be able to be imported into the digital game, allowing you to use the same collection of physical and digital cards in both tabletop and online matches. The promising feature is similar to Lightseekers’ own digital app, planned for release in mid-June, which will also let players scan their cards for a consistent library.

Champions is slated for launch this July, with PlayFusion saying that the physical game will include hundreds of collectible cards. The studio has confirmed that it is already working on expansions, saying it will work with Warhammer outlet Games Workshop “for many years to come”.