Vampire: The Masquerade – Blood Feud sinks 32 sets of fangs into the first ‘mega board game’ 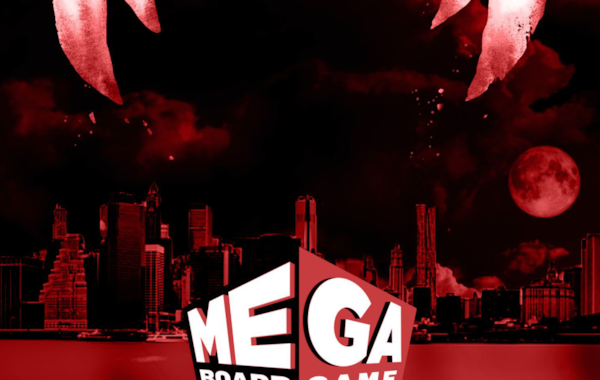 The next board game spin-off from roleplaying game Vampire: The Masquerade will be a massively multiplayer affair.

Vampire: The Masquerade – Blood Feud plays with between four and a whopping 32 players, with one or two game master-like ‘storytellers’ running the two- to three-hour experience.

The high player count puts Blood Feud in the realm of the ‘megagame’, the room-scale genre that blends together tabletop games, roleplaying, live-action roleplaying (LARP) and more in supersized experiences involving up to hundreds of players and often run at conventions due to their size. Publisher Everything Epic claims that Blood Feud will be the world’s first ‘mega board game’ – the first time one of the often custom-made experiences has been put out in a box.

Like many megagames, Blood Feud will be team-based, as players ally with the warring clans of bloodsuckers in the Vampire: The Masquerade universe or the human groups opposing them. Each team will have an ‘ambition’ that defines how they can win the game, with various ways to achieve their victory. Player characters, meanwhile, will be able to obtain individual powers and abilities over the course of the game.

Blood Feud will include optional narrative scenarios based on the wider Vampire: The Masquerade story, with returning factions from the RPG including the Ventrue, Tremere, Gangrel and Toreador vampire clans and the human representatives of City Hall, the Mafia and the secret society of hunters known as The Arcanum.

The game is played in a large room – or two smaller rooms – using multiple tables that feature the map of the city where teams can command their units and a market where upgrades can be haggled for, propelling each group toward the victory points needed to win.

Designer Ben Kanelos is said to have created Blood Feud as a ‘passion project’ supposedly inspired by the pursuit of a megagame-like experience that could be played with smaller groups and in a shorter amount of time.