Third edition of epic space strategy game launched back in 2005

The next iteration of Twilight Imperium could be announced as soon as next week, more than a decade after the last major update to the legendary space strategy game.

That’s if a seemingly leaked image of publisher Fantasy Flight’s website is to be believed, with BoardGameGeek user Douglas Ladd posting a screenshot of what appears to be a teaser image for Twilight Imperium: Fourth Edition.

If it’s genuine, it could mean that Fantasy Flight is gearing up to debut the new version at next week’s Gen Con show in the US.

The third edition made several notable adjustments to the game’s notoriously complex mixture of political diplomacy, combat, exploration, economic management and technological progression, streamlining the rules to reduce downtime for players – even so, the game still has an infamously long play time. (Edit: As several readers have pointed out, this tends to be three hours per player – at least!)

The latest expansion for third edition, Shards of the Throne, was released back in 2011.

With no details on the potential fourth edition, we can only guess what a version of Twilight Imperium today will look like. If this leak proves to be accurate, we should find out soon. 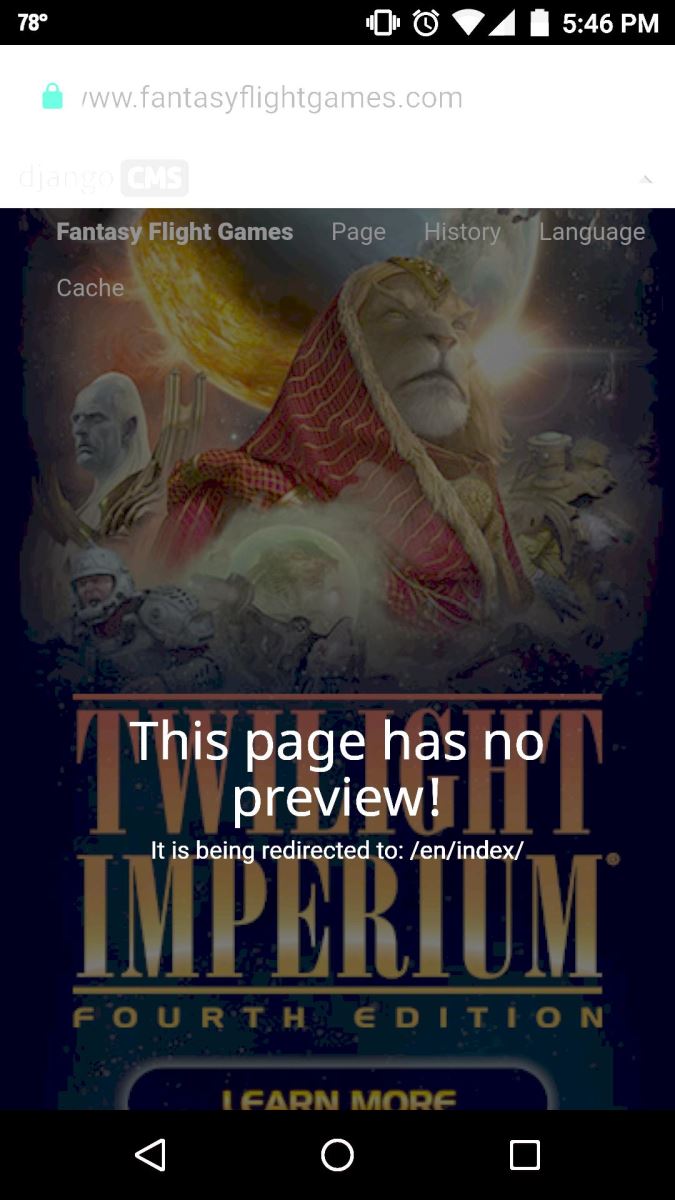