Trek 12: A Roll & Write Adventure from Pandasaurus Coming in November Their last release of the year (where has this year gone?!)

Readers from the UK, Canada, China, Europe, Japan, and Korea, look away now, as this won't be available to ship to your countries from Pandasaurus Games (though it is not yet known if this will be available through alternate distribution).

Pandasaurus have had a solid year, releasing a number of games, including Umbra Via, and Brew. The last game they'll be releasing this year is a roll and write designed by Bruno Cathala, and Corentin Lebrat, named Trek 12. 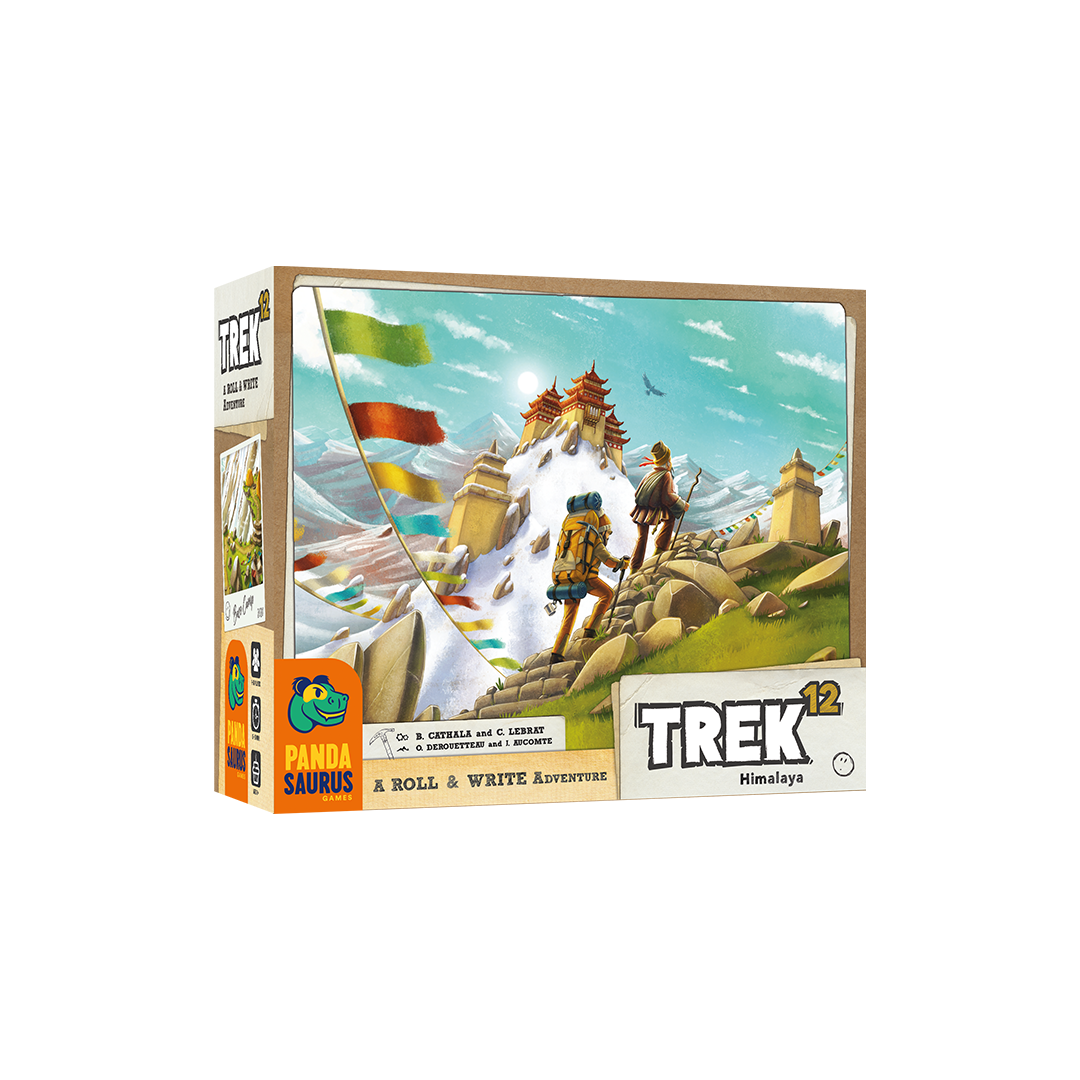 In the game, you'll roll two dice, with all players then simultaneously deciding how to use the result. This is between either taking the higher number, taking the lower number, or adding, subtracting, or multiplying both dice – but each of those options may only be used four times per round, which makes it tricker and tricker as rounds go on.

The game will see you trekking across the mountain, creating fixed lines of consecutive numbers and mapped zones of matching values, which give you points based on the numbers you have within those zones. If that wasn't enough, there's also an Expedition mode, which offers a campaign of three back to back ascents of different mountains, recruiting other skilled climbers.

Plus, upon completing challenges, you'll open envelopes of secret content to enjoy...

As with many roll and writes, the player count is high - between 1-50 is quoted, but presumably, that's as many player sheets as you have available (though admittedly, trying to get an agreement on how to proceed with 50 people is a stretch regardless), it will be for ages 8+, and takes between 15-30 minutes to play. If you want even more, an expansion will also be available, named Trek 12+1, which will be exclusive to the Pandasaurus Game Store and a few selected game stores, which is a travel diary where a renowned alpinist lost it during an expedition, and you decide to follow in his footsteps - with new envelopes of mystery, and a new map to ascend.

The game will release on November 8th of 2021 and can be bought directly, and Pandasaurus are making a donation to the American Humaluan Foundation, and CARE Nepal in line with respect for the theme.

Enjoy Pandasaurus? Check out the video they did for us at Virtual Tabletop Gaming Live 2020, all about their dinosaur-themed games: