Transformers TCG’s War for Cybertron: Siege expansion is out next month – here’s an exclusive preview 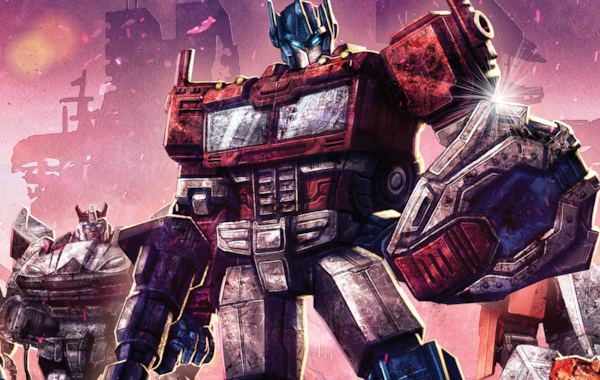 The Transformers Trading Card Game’s third wave of releases is bringing the War for Cybertron to the collectible card game, and we’ve got an exclusive look at some of the new characters and gameplay features in the expansion.

War for Cybertron: Siege I ties into the Transformers toys, as well as the comics based on the universe – and the upcoming animated Netflix series of the same name due for release in 2020. The card game’s expansion includes characters that have appeared as toys, plus brand new characters from the storyline.

One of the biggest additions in the Transformers TCG expansion is the introduction of Battle Master and Micro Master characters, character cards which are smaller than the oversized character cards in the current game – and a lot, lot smaller than the enormous transforming Autobot city titan card released in the Metroplex expansion. One Battle Master or Micro Master card will be in every booster pack.

Micro Masters are essentially regular characters, able to transform between their bot mode and alt mode (often vehicles) during gameplay, as with other Transformers in the game. 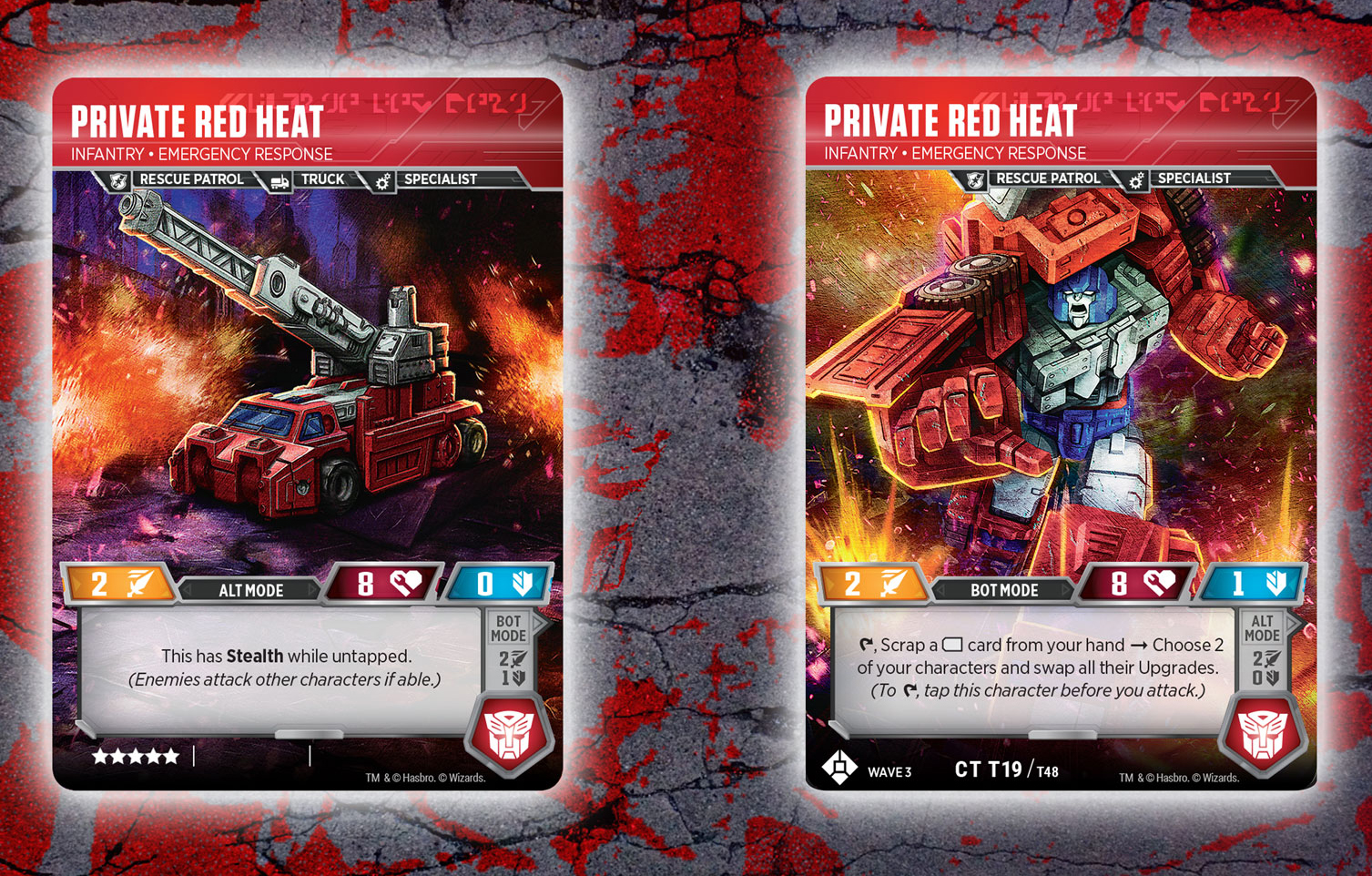 Battle Masters are a little more special, as when knocked out they swap from bot mode to become upgrades that can be equipped by other Transformers characters. For example, Private Firedrive flips over to become a Duo-Charge Electrostatic Photon Cannon for another Autobot, allowing them to scrap any number of cards from their hand to add attack power. 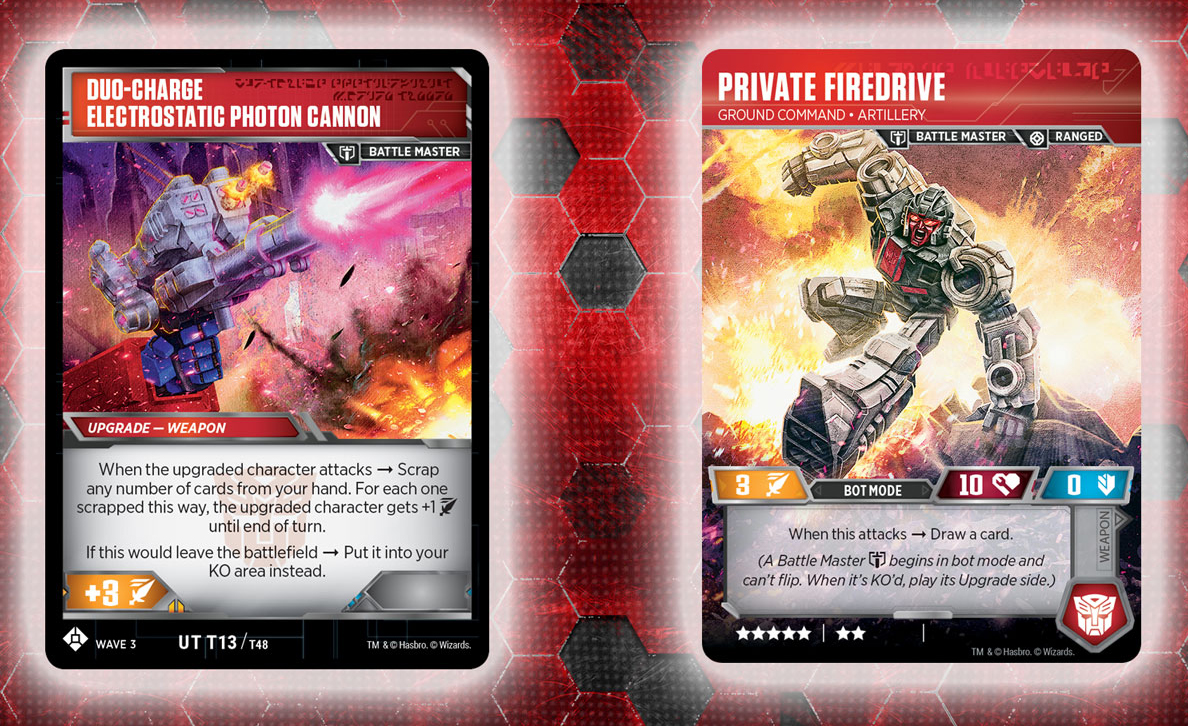 A new black battle icon finding its way into the TCG with War for Cybertron: Siege I grants the ability for cards to enable Pierce if they’re flipped during attacks, letting players do damage directly to enemies by ignoring defence. 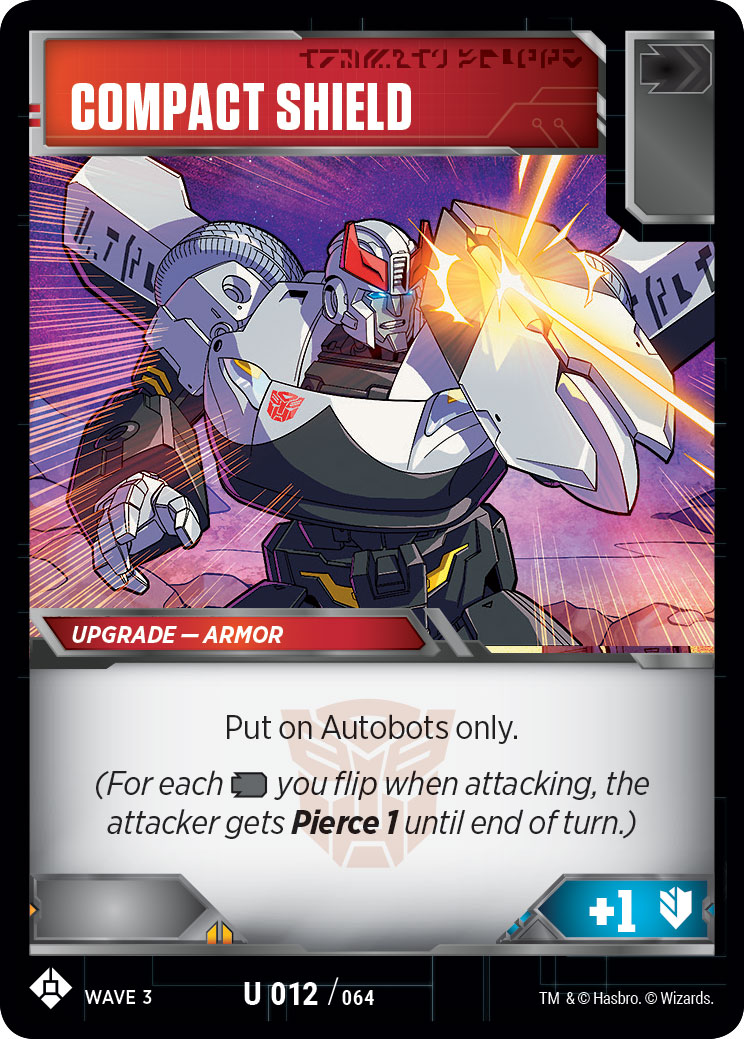 The Transformers TCG expansion will be released on June 28th and, for the first time, the wave is being marked by release events in local game shops, including the chance to get some promo cards unavailable anywhere else.

Two of the new characters in War for Cybertron: Siege I are Decepticons Runabout and Runamuck – the Battlechargers duo able to flip and defend each other if they’re both on the battlefield at the same time. 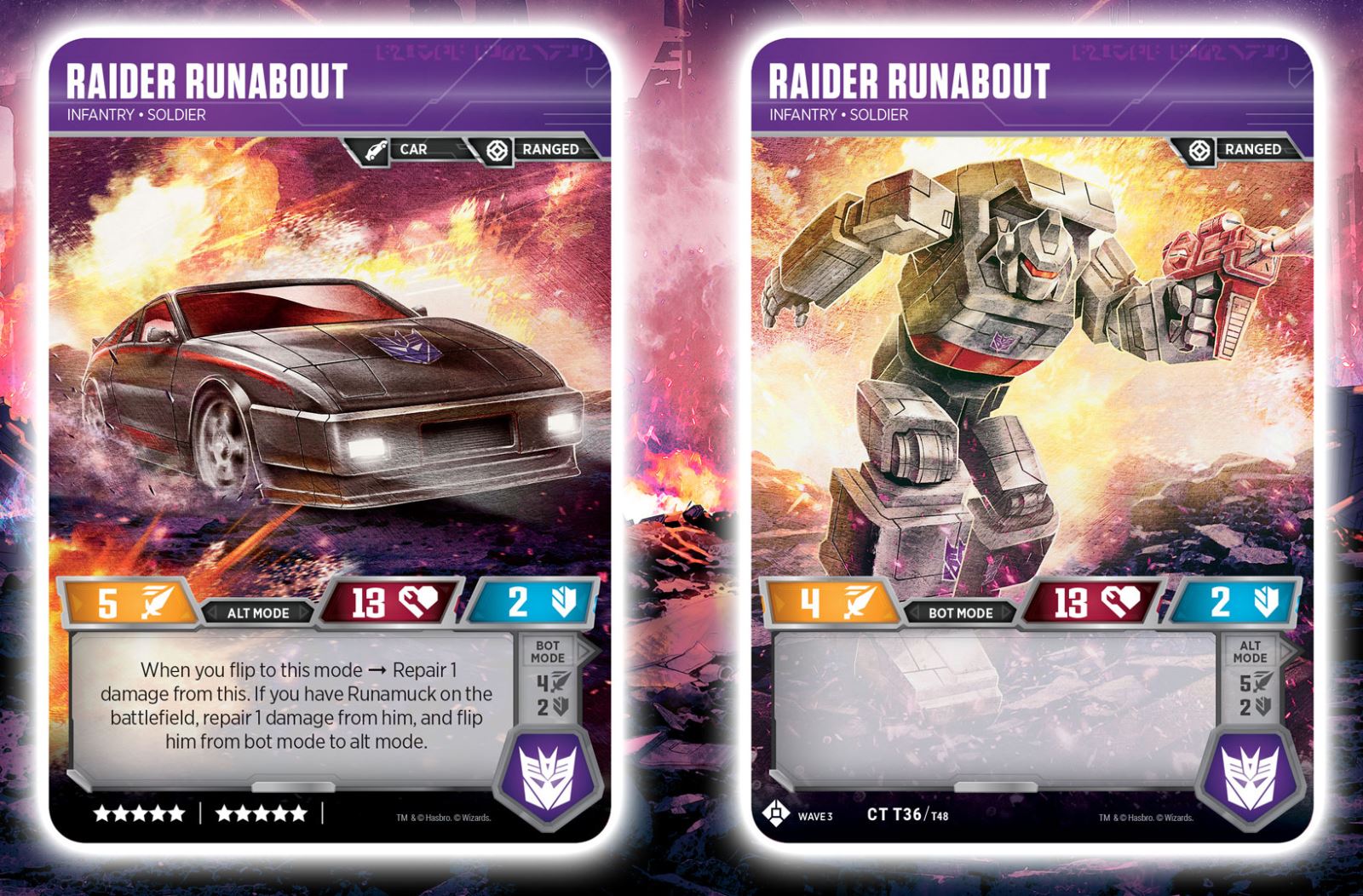 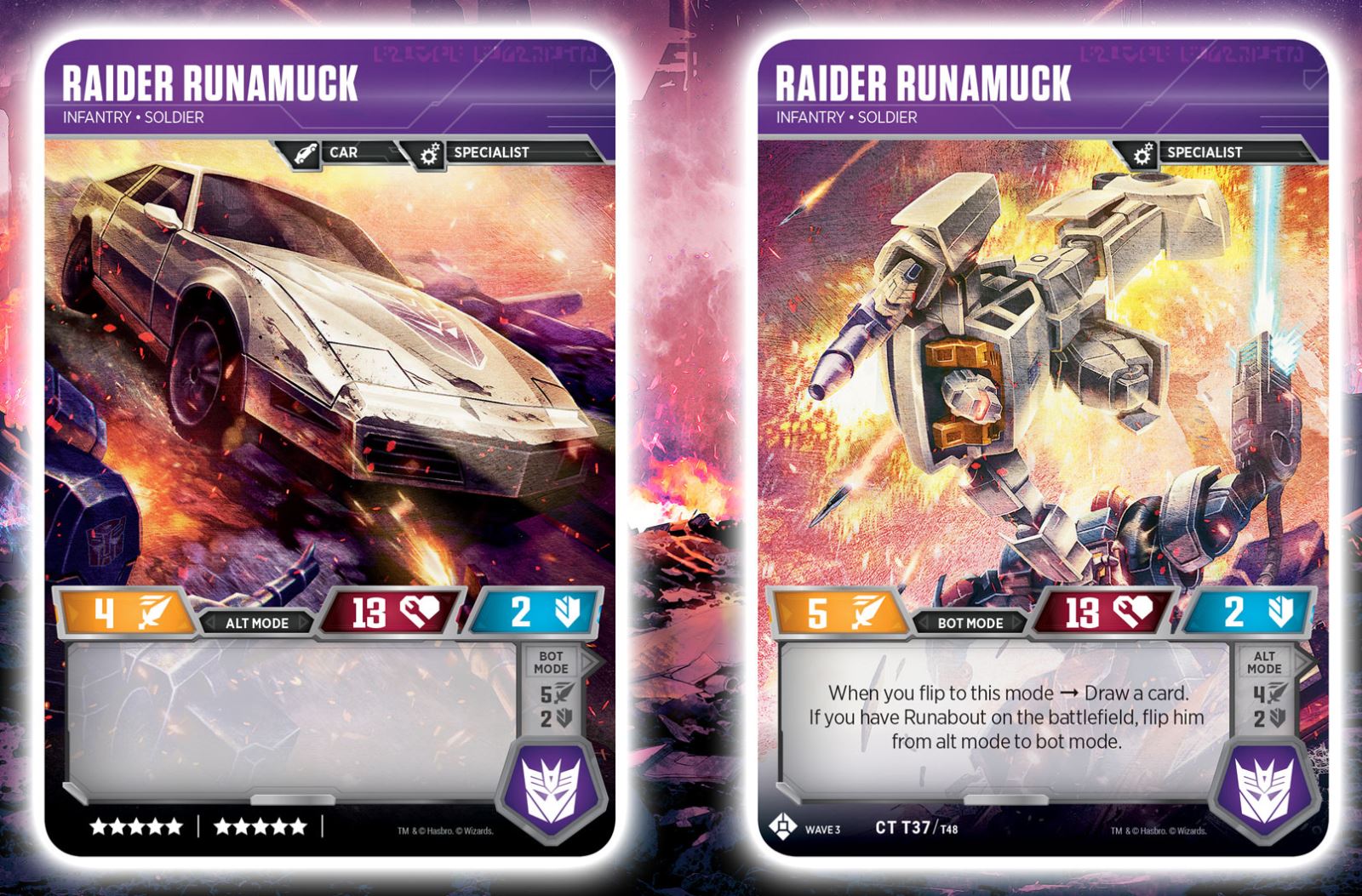 On the Autobot side, there’s Sergeant Hound, a scout character that gains plus-two attack with an upgrade in bot mode, and can also be turned to his alt mode for extra firepower. 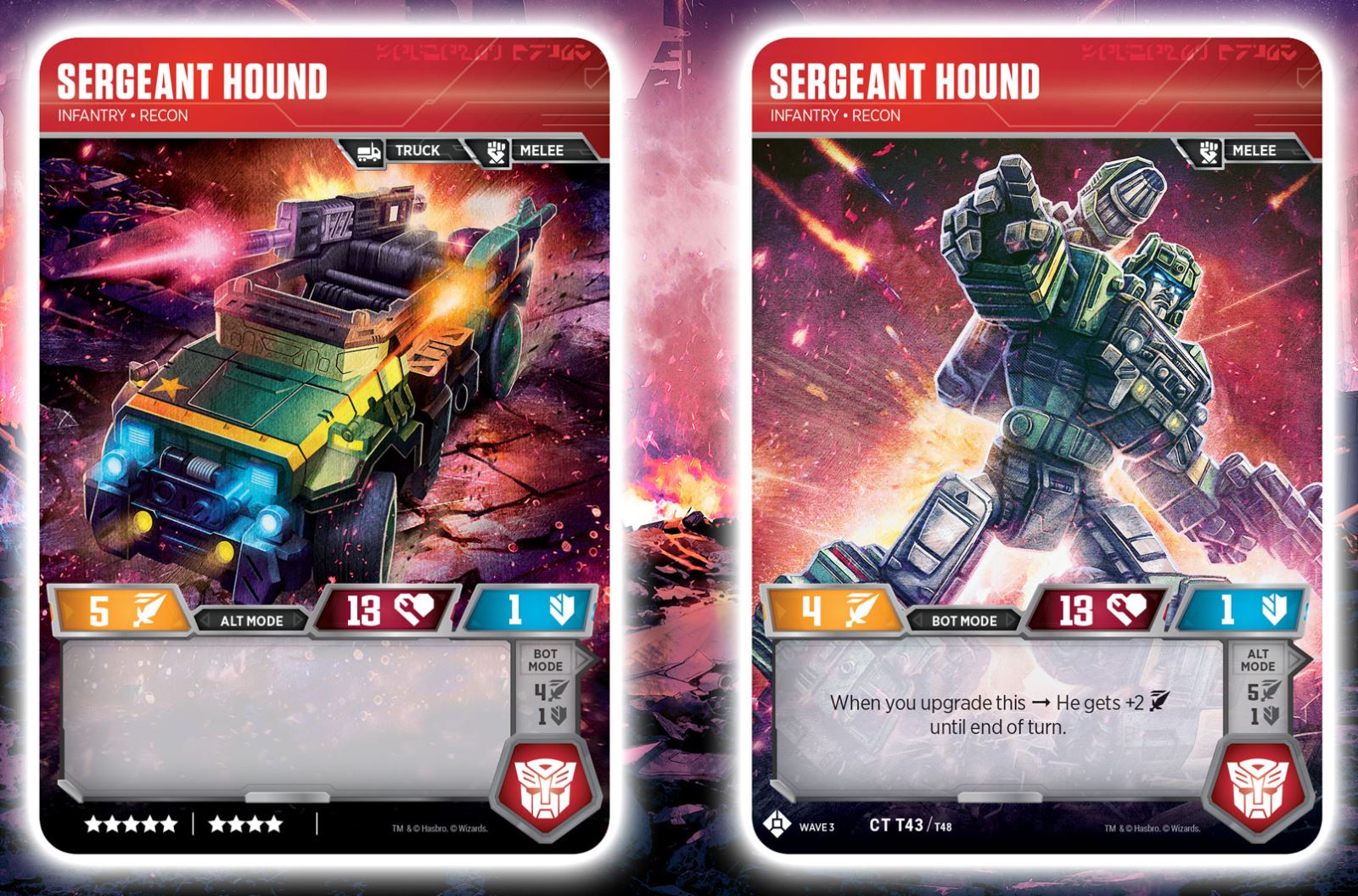