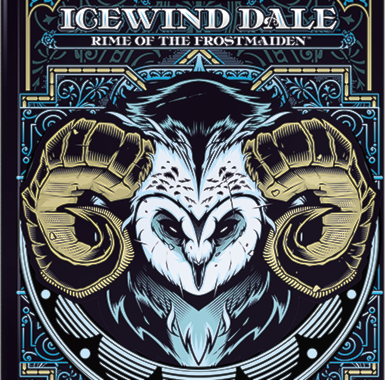 Yes, of course D&D is one of them

ICV2 recently released the Top 5 Roleplaying Games for Spring 2020 based on interviews with retailers, distributors, and manufacturers. Whilst it's not possible to verify the accuracy of the data, it makes for an interesting read regardless.

When you consider the surge in popularity for Roleplaying Games when the pandemic forced many of us into lockdown, as a result of the ease of playing and the rise of video conferencing, the question is raised as to how 'traditionally' an RPG people will choose. Do you dive into Dungeons & Dragons, Pathfinder, Mork Borg, or find a whole new world based on your own favourites?

Well... Mostly 'traditional', it turns out.

Some difficulty in these results, of course, is the wealth of RPG's that potentially fall under the 5E compatible branch. Many RPG's use the 5th Edition ruleset as it's familiar and popular, making it easy for players to pick up a new world using mechanics familiar to them. However, despite these, both D&D and Pathfinder exceed the range, suggesting significant numbers.

These, of course, are followed by Starfinder, also by Paizo, and Cyberpunk by R. Talsorian. Starfinder was an editors choice when we originally reviewed it, and we've got a great feature from R. Talsorian in issue 11 of the magazine.

Although not contributing to the numbers above, it's worth noting that Starfinder can now be played through an Amazon Alexa enabled device (including by app on your phone), with voice acting from those such as Laura Bailey and Nathan Fillion. If you've wondered about it before, it's a great way to get started.

How in line were your guesses? What did you think the order would be? Let us know over on Twitter!