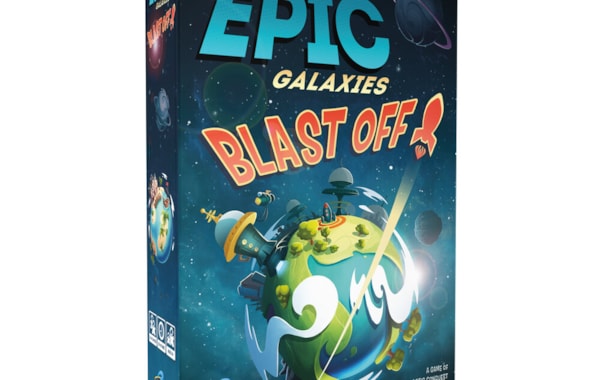 The Tiny Epic range from Gamelyn Games is growing at a steady rate, and it feels unusual should one not be on Kickstarter in any one occasion. They're a series of small box games that are considered more approachable, but packed with some great and fun gameplay.  As an example, we played and reviewed Tiny Epic Tactics, and gave it a solid yes when asked if you should play it, but there are many more, from Tiny Epic Dinosaurs, to Dark Wars, to Pirates, to Zombies, to Mechs and still more! Now, however, and available for purchase, is Tiny Epic Galaxies BLAST OFF.

We're familiar with Tiny Epic Galaxies, but this new BLAST OFF version is considered the streamlined successor to Tiny Epic Galaxies. Much as you'd expect, you'll be shuffling your planet deck, setting them into orbit, and rolling Galaxy Dice to execute your actions, with even a mechanic for those whose turn it isn't to remain engaged. It confirms an icon-based approach, which lets you create cosmic combos in seconds. 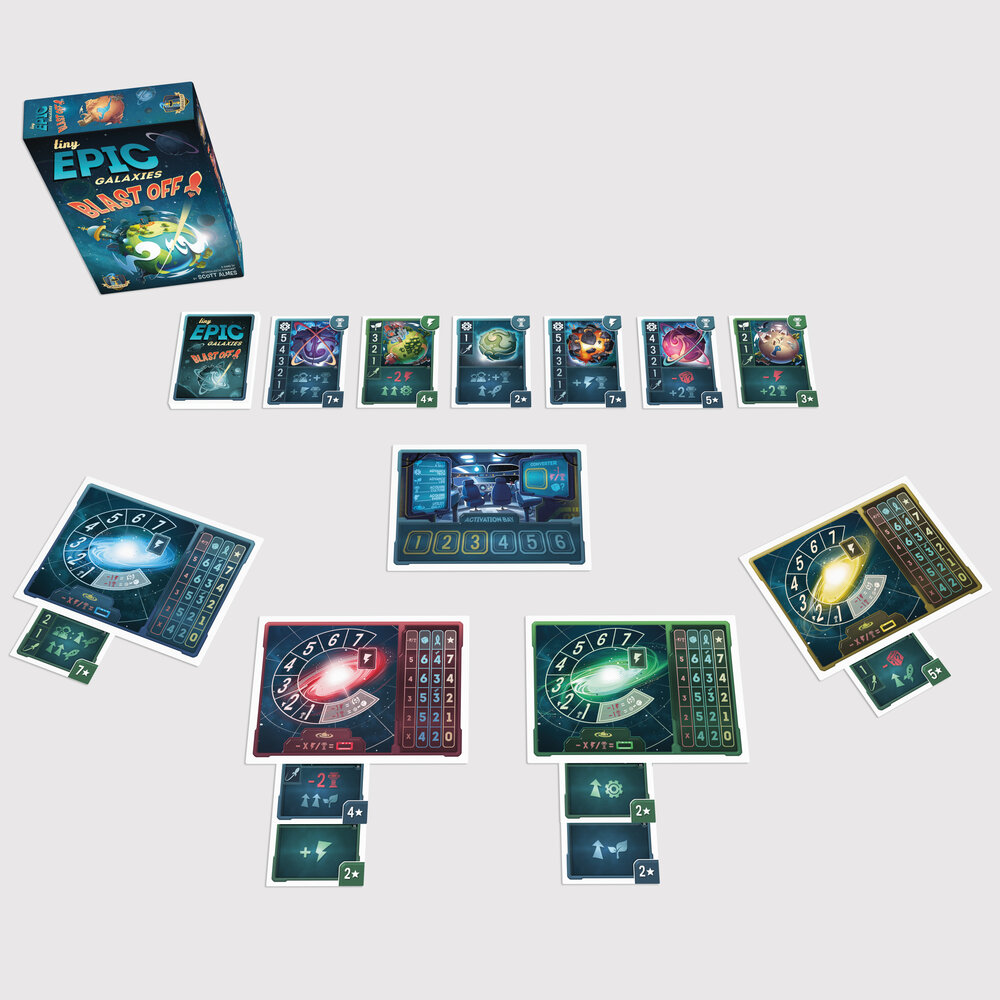 The game is for 2-4 players, for ages eight and over, and will include a new Galaxy slider. There will also one free print and play files for solo play on their website and BGG in the future.

The question remains as to whether this is tinier and more epic than those that went before it, but it certainly looks to have the usual flavour of the Tiny Epic series rolled into it.

You can pick up your copy directly from Gamelyn Games, who do worldwide shipping, or check in with your Friendly Local Gamestore for availability.