Three years after its total mess of a Kickstarter, the Evil Dead 2 board game gets a shot at salvation 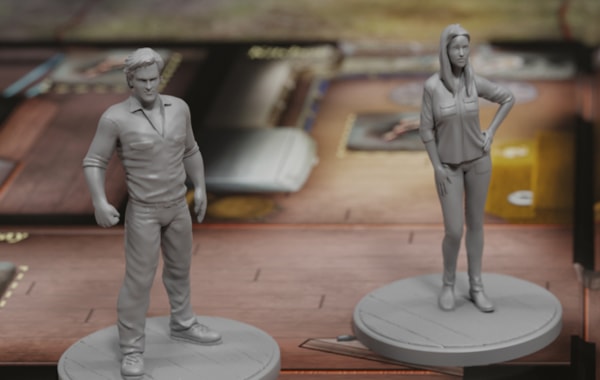 Evil Dead 2: The Board Game

The things that were and shall be again

Remember the Evil Dead 2 board game, which raised over $700,000 on Kickstarter in 2016 only to completely and utterly implode in a mess of development delays, money trouble and eventual cancellation, leaving thousands of backers empty-handed? It’s being brought back from the dead – and its resurrection might finally give those backers a silver lining to the years of disappointment.

Behind Evil Dead 2: The Board Game’s unexpected return is Jasco Games, the Universal Fighting System series publisher that announced last October it would be picking up the troubled project from original publisher Space Goat Productions.

Jasco’s Evil Dead 2 game is a brand new design created by the team at Lynnvander Studios responsible for the Buffy the Vampire Slayer board game. It was previously said to be entirely separate from Space Goat’s game, but would incorporate elements of the abandoned project in an original tabletop take on the cult horror movie.

In the co-op game, players fight against the reanimated deadites attacking the cabin in the woods, seeking out items and the pages of the Necronomicon needed to close the portal before things get decidedly un-groovy. There’s a traitor aspect to the game, with members of the group potentially working on the side of evil.

The Kickstarter for Jasco’s Evil Dead 2 board game is due to go live later today, August 21st, and is being billed by the company as a “heartthrob campaign”: the publisher has vowed to give all previous backers of Space Goat’s Kickstarter a free copy of the new game if its own campaign is successfully funded.

Jasco is keen to make clear that it didn’t have anything to do with the failed Evil Dead 2 board game (the publisher itself never names Space Goat in its announcement, simply referring to it as “another company”), calling its seemingly altruistic revival of the project a “love letter to the Kickstarter community and the fans of Evil Dead 2”.

The new Evil Dead 2 board game is yet to have a release date revealed – hopefully it won’t be long before those who’ve already been waiting three years finally get the chance to play.