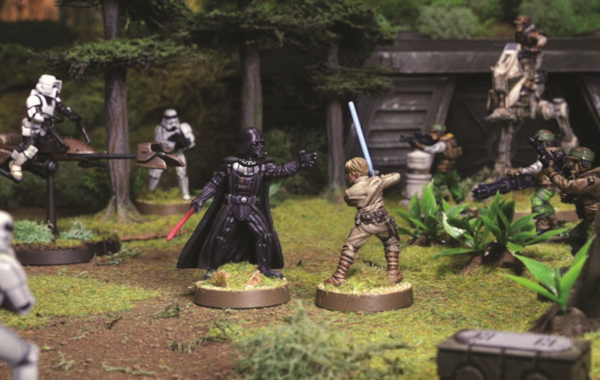 Legion plans to do for ground combat what X-Wing did for space dogfighting, allowing two players to take control of squads of Stormtroopers and Rebel soldiers in skirmish battles set during the original Star Wars trilogy’s Galactic Civil War.

Unlike X-Wing, Legion’s miniatures will come unpainted and unassembled, but you’ll get a lot more of them in the box.

The $90 (£70) core set alone will pack in 33 plastic figures, including Stormtroopers and Rebel Troopers, plus vehicles in the form of two 74-Z speeder bikes for the Empire and an AT-RT walker on the Rebel side. In fitting with the original trilogy setting, Luke Skywalker and Darth Vader will be the first commanders for each side. The figures will be 28mm-scale, which means they can’t be combined with similar miniatures from games such as Imperial Assault. 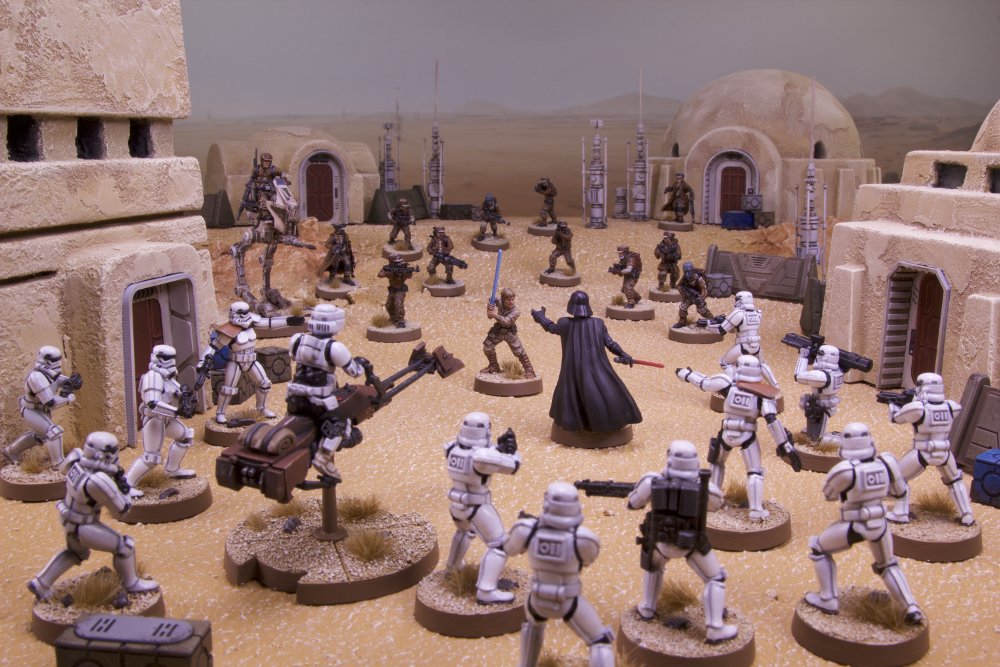 Legion’s gameplay is also markedly different from X-Wing’s use of dials and movement templates, which was adapted for Fantasy Flight’s rank-and-file miniatures wargame Runewars earlier this year. In another difference from Runewars, Legion won’t use the interlocking tray system seen in that game and will feature clashes between smaller groups of models.

The leader of your forces makes an important difference during battles. Each player starts with a hand of command cards dictated by their commander, one of which is selected and revealed simultaneously at the beginning of each of the game’s six rounds, deciding which player acts first and how many units they can activate. Fantasy Flight told us that the command system means tactics can be changed on the fly, with different leaders offering a variety of play styles – from calculated strikes with fewer units to all-out attacks with a large group of troops.

Once units have been assigned an order, players can choose to take it in turns to activate their troops in the defined order or pull tokens randomly from a bag to use any model that matches the rank on the token, presenting the chance to take a risk to get an advantage over your opponent. 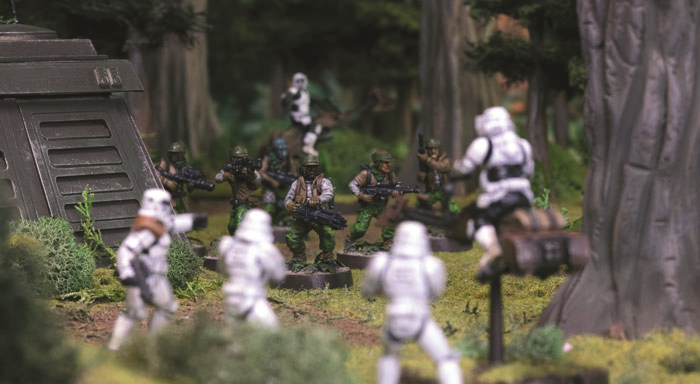 Each unit gets two actions, including movement, attack, aiming to increase hit chances, dodging enemy fire and recovering. Units move as squads, with the leaders of each group moving using a jointed ruler tool – their squad mates are then placed within a certain proximity without needing to all measure their moves separately. This free-form system means that troops can be rearranged with each move, allowing them to take cover around terrain – some of which will be included in the box – and flank enemy squads. Legion is also touted as featuring a fog of war system, with line of sight playing a key role in units’ ability to fire across the map.

Attacks are resolved by rolling the custom dice for an entire squad at once and adding the results together to calculate hits, with the group being attacked rolling defence dice to negate damage. Suppression rules mean that ranged attacks limit the number of actions pinned down units can take on their future turns and also contribute to a morale system, with a certain number of tokens potentially resulting in troops fleeing. 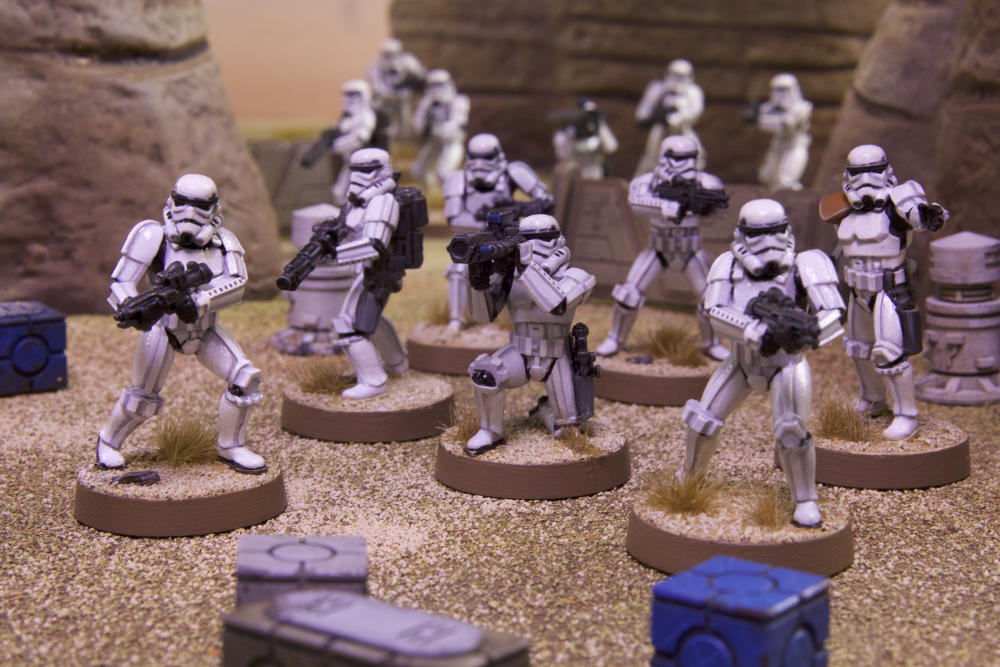 Characters and troops feature unique rules and weapons that are detailed on cards, with the basic Stormtroopers and Rebels able to equip rocket launchers, heavy guns, flamethrowers and so on instead of regular blasters. They can be improved further using upgrade cards that cost extra points during deployment – Vader can throw his lightsaber, Luke can perform Jedi mind tricks, troopers can carry grenades, vehicles can equip improved communications technology and so on. It sounds like there will be a fair amount of flexibility in the potential loadouts for each faction, but you’ll only be able to have one main leader – such as Vader or Luke.

The winner of each battle is determined using victory points, with a typical match said by Fantasy Flight to be pretty snappy, taking around an hour or less. 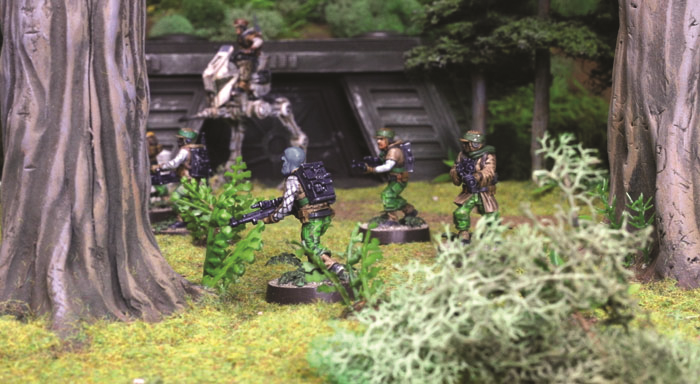 “Star Wars: Legion is the culmination of a lot of effort and aspirations,” said Fantasy Flight head of studio Andrew Navaro.

“We’ve wanted to do a ground-based miniatures game set in the Star Wars universe for a long time – to allow players to command multiple squads of Stormtroopers or Rebel Commandos and fight the many unheralded battles of the Galactic Civil War.

"This game gives players the chance to do that, and it opens the door for them to engage with the hobby aspect of a miniatures game by encouraging them to paint and customise their miniatures.”

Star Wars: Legion’s core set will be out later this year, and the miniatures game will join Fantasy Flight’s other Star Wars games, such as X-Wing, Armada and Destiny, in its line-up of organised play tournaments in 2018.

Note: We were originally told that Legion would be launching in the last quarter of 2017 by Fantasy Flight. Their announcement states early 2018. We will update this story once we have clarified the launch period. 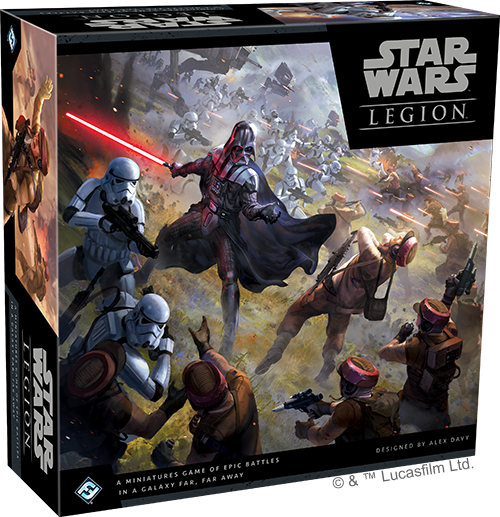