The Expanse Roleplaying Game finally comes to Kickstarter this month 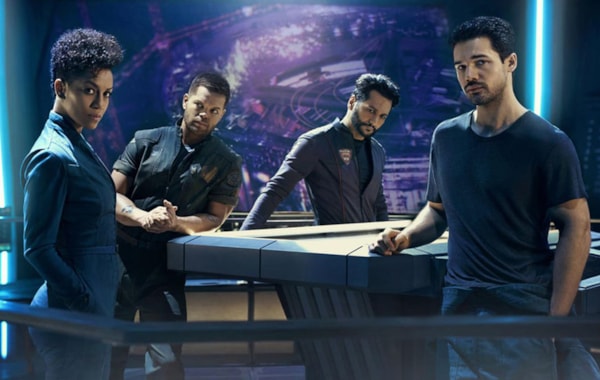 The roleplaying game based on sci-fi series The Expanse is arriving on Kickstarter later this month, Green Ronin has confirmed.

The publisher first announced its RPG adaptation of James S.A. Corey’s books – which was later turned into an acclaimed TV show – last summer. (For those not in the know, Corey is the joint pen name used by authors and Expanse creators Daniel Abraham and Ty Franck.)

The Expanse universe actually began life as a roleplaying campaign on an online forum run by Franck, which Abraham joined as a player and eventually helped to build up into the novels, with many elements of the books inspired by and even directly based on the RPG playthrough.

The publisher is no stranger to adapting hit book/TV series for the tabletop either, having turned George R.R. Martin’s A Song of Ice and Fire into an RPG in 2009.

Heading up design on The Expanse RPG is Steve Kenson, creator of the ENnie-winning Mutants & Masterminds and co-designer on the similarly superhero-themed game Silver Age Sentinels. Corey is said to have been involved with the project for the past year of development.

Green Ronin previously announced that The Expanse RPG’s ruleset would be completed before launching a crowdfunding campaign for the game, with plans to finalise the project in time for a full launch this August at Gen Con.

For the past year we've been working quietly with @JamesSACorey on The Expanse Roleplaying Game. Time to strap in and get ready for the juice though, the Kickstarter launches this month!