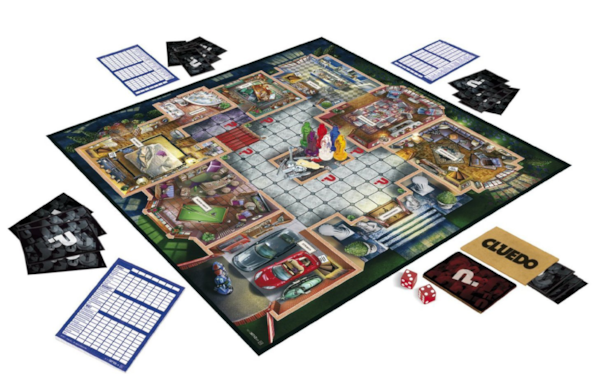 Cluedo’s murder-mystery mansion is getting a makeover for the board game’s 70th anniversary later this year.

The upcoming renovation of the home of the ill-fated Dr. Black, officially called Tudor Manor or Hall, will apparently be the first time the iconic rooms of the original game have been changed since it made its debut in 1949.

Obviously, plenty of other Cluedo versions have been released in the seven decades since – ranging from Family Guy and The Simpsons to the Big Bang Theory and The Walking Dead – but creator Anthony E. Pratt’s layout of nine locations in which the crime can be committed has remained the same in the traditional edition.

If you’re wondering, those rooms are the kitchen, ballroom, conservatory, billiard room, library, study, hall, lounge and dining room. Rooms in other versions of the game have included a spa, studio, pool, garage, theatre, observatory, guest house and gazebo.

Cluedo hasn’t remained totally unchanged in that time, however. Pratt’s game was originally called Murder!, and the first edition included extra weapons – an axe, bomb, syringe and poison – that are no longer in the game. (A fun bit of trivia: there are 324 potential solutions to the central whodunnit, wheredunnit and whatdunnit mystery.) The last big change to classic Cluedo came in 2016, when original suspect Mrs. White was replaced by Dr. Orchid. The game has also gone through a number of visual revamps over the years.

It’s the mansion’s hall that’s up for an overhaul, as part of a marketing campaign organised by Cluedo publisher Hasbro and interior design company Houzz.

Up to September 9th, Cluedo fans can vote on whether they’d like to replace the hall with one of three new rooms – the drawing room, bathroom or guest bedroom – or simply give the hall a sprucing up.

All four of the rooms have been created by actual architecture and interior design firms. The winning room will potentially have an impact on the experience of playing, too, with Cluedo’s designers set to adapt the most popular concept into the game.

The winner of the vote will be announced on October 21st, with a new edition of Cluedo featuring the renovated mansion hitting shop shelves this December. If you want to chime in, you can vote on the new room here.