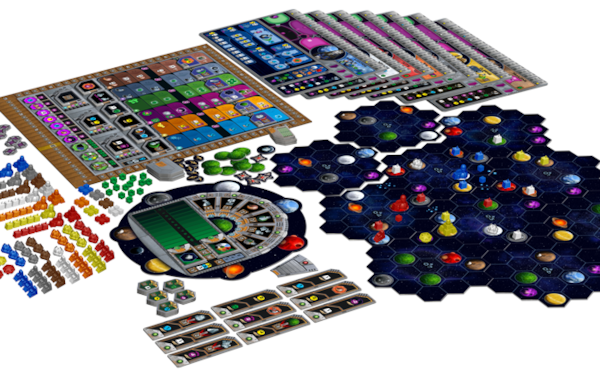 Terra Mystica is getting a follow-up that will take the beloved fantasy strategy game to brand new worlds.

Gaia Project is a spiritual successor from original Terra Mystica designers Jens Drögemüller and Helge Ostertag that swaps the 2012 game’s fantasy land and races for an interstellar sci-fi setting.

As in the original game, players will have the option to choose from 14 different factions and attempt to expand their territory. The player count this time is slightly smaller, maxing out at four instead of five – although four is generally considered to be the best group size for the game anyway.

The competing explorers will be able to settle new planets, mining for resources before investing in research in order to travel further or creating federations to link their colonies together.

As well as standard worlds to be conquered, there are also unique ‘Transdim’ planets, which can’t be directly built on and must be claimed by placing a Gaia Project on the world in order to access their resources. As with Terra Mystica’s differing landscapes, some worlds will also require terraforming for certain races to use, based on their various environmental needs.

One big change from Terra Mystica is the introduction of a modular board consisting of various areas with hex spaces on, ideally resulting in a different playing area with each match.

Gaia Project is said to be ‘arriving soon’ by publisher Z-Man, so we should see a release later this year.