Make myths with your mates

There’s always some sense of power imbalance in RPGs. One of you is always all powerful, able to decide when that total party kill was actually more of a total party capture, or that this magical item does dissolve when wet.

How about, instead, taking turns?

That’s where Incarnis comes in. A new tabltop RPG from Zine Quest. Pitched in the style of somewhere between the gods from the Terry Pratchett Discworld novels, and those of Neil Gaiman’s American Gods, the RPG asks you to do your best to interfere with the lives of those ‘below’. The game is presented in a booklet format, taking you through the steps of messing around with mortals.

Naturally, like all pantheons, there will be squabbles and plenty of family drama. After all, what siblings don’t get on each other’s nerves? We’ll see how this plays out when the raw powers of creation start having a kind of tiff. 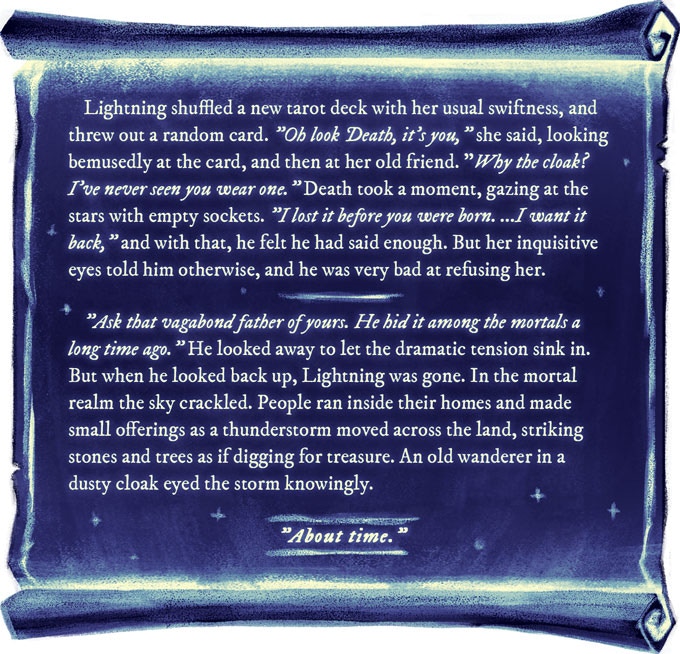 The designers of the game, Peter Elroy and Max Philippi, suggest their core idea is that “each resolution creates its own complications.”

The game hopes to ask questions to develop a new world:

“What if Ocean and Land reconciled their differences and merged again? What would happen to all the civilizations that formed on dry land? And will another deity rise up to prevent this from happening? The game is built around this kind of drama and lets you spiral out an interesting overarching mythology by asking questions and searching for answers. Gradually, that abstract world you started out with becomes a place worth fighting for.”

This then, could be a tool for creating your next world for an adventure.

Incarnis launches today on Kickstarter, you can back it right now, here.