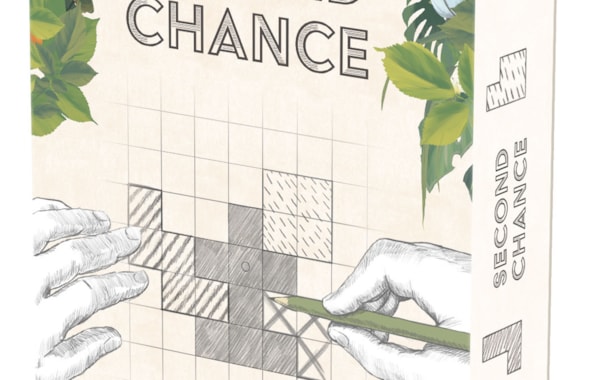 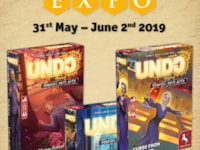 UNDO your plans for summer!

There is still time. But passionate players may want to reserve the 31st of May already. For three days Pegasus Spiele will bring their gaming highlights to Birmingham. Families with younger children may try the cooperative fantasy-game Talisman – Legendary Tales or fight some dragons with the quick puzzle-game Brains Family – Castles and Dragons. They could also destroy each other’s fortress with the fun cardgame Castle Rampage. Experienced players however may want to visit Adventure Island for an intense cooperative game full of riddles and challenges. Or they could prove their management-skills by building a wealthy kingdom in Crown of Emara. And then there is AXIO, a tactical domino-game for those who favor mind-bending strategy above all else.

While these games are already well renowned, Pegasus Spiele will also present six brand-new highlights: If players need something to counter summer temperatures it could be the ice-cold murder which starts the new game-series UNDO. The tragic loss of a beloved person leaves nothing behind but grief and devastation. But instead of investigators, players will be Weavers of Fate. They can pause time and jump to various specific moments in a deceased person’s life to re-weave their threads of fate and thereby undo their death. They can only change short moments, but hopefully the deceased’s new actions will lead them down a better path. UNDO will be released with three different titles playing at different times and locations all over the world.

Leading others to guess the right concept is also the idea of Nobjects. Players may only draw pictures with their fingers on the table. A simple, clever twist makes Nobjects an originell drawing game that requires neither pen nor paper. Drawing “invisibly” makes for unexpected challenges, and players who have to guess need to stay on their toes all the time to not miss any drawn line.

In Subtext all lines count as well. In this family-friendly drawing game everyone has to guess who had the same concept to draw. Players need to think outside the box. Every mistake will cost them precious points. So maybe they need a Second Chance? This drawing game challenges players to copy shapes of blocks from cards to fit their own plan. This mix between drawing and puzzle game is quick to learn and challenging for players of all ages.

HexRoller is quick to learn as well. Players need to draft dice and connect the numbers at their hexfield to maximize points. In only seven rounds especially beginners will find a nice introduction into the wider world of board games. Younger players may find this world within the fantastic realm of Fabulantica. A raging storm scattered all residents throughout the country. Now the players need to find and reunite them with their friends. Fabulantica is a fairytale memory game which proves that friendship will endure every storm.

All games presented by Pegasus Spiele will be available to purchase by Meeple’s Corner, right next to the Pegasus Spiele stand. Buyers of Adventure Island, Crown of Emara and Talisman – Legendary Tales will also enjoy exclusive promotional articles for these games. So potential Weavers of Fate should save the last weekend of May for the UK Games Expo in Birmingham. Missing this opportunity cannot be UNDOne.