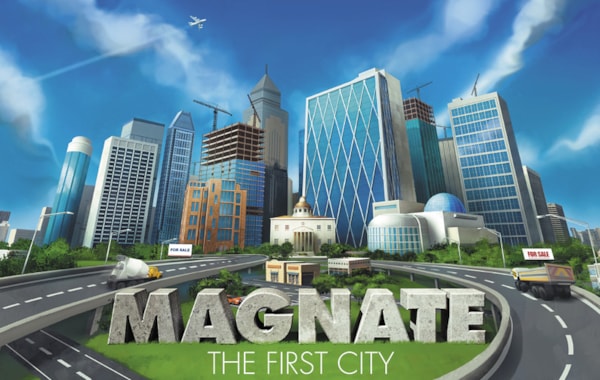 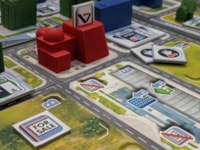 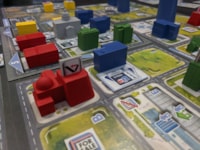 After more than a year of public demos at tradeshows and conventions across the UK and at Essen in Germany, Magnate: The First City, has finally announced it will launch on Kickstarter on the 21st of November.

According to convention attendee planning tool Tabletop Together Magnate was the most anticipated game by a new publisher at The UK Games Expo earlier this year.

Created by James Naylor, a London based board game designer, Magnate is a medium weight economic strategy game that borrows thematically from the likes of Sim City and Monopoly. In the game, players set out to be the wealthiest ’magnates’ by developing ever larger properties for a profit in a growing city. Rather than using tiles, players gradually fill the board with realistic 3D building miniatures of different types such as homes, industrial or retail property so that a city emerges over the course of the game. The twist is that the players push prices so high that they eventually collapse in a game-ending market crash; forcing players to consider when they should exit the market to make the most money.

The game has already garnered a lot of positive pre-launch reviews for its highly thematic yet strategic gameplay(being favourably compared to Acquire and Powergrid) and its impressive table presence. But Magnate has also received praise for how easy to grasp its mechanics are; putting it, its reviewers and its creator claim, in reach of the family market for complexity.

Magnate supports up to 5 players, with an ‘AI mode’ that can also support single play and a tutorial mode that dispenses with the need for a rulebook.