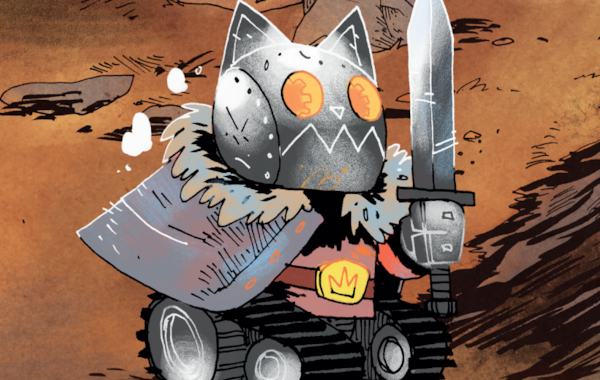 Root’s next expansion will introduce a proper single-player mode and full support for co-operative play to the asymmetrical (and surprisingly savage) board game.

The Clockwork Expansion was previously announced as a set of add-on boards and rules available as part of the Kickstarter campaign for the previous Underworld expansion, before being upgraded to a separate release.

The Clockwork expansion has been built on the Better Bot Project, a fan-made set of automated factions for Root created by designer Benjamin Schmauss in an effort to bring a full single-player experience to the game. Schmauss is credited as the designer of the upcoming expansion.

Root’s earlier Riverfolk expansion previously introduced an AI-controlled version of the Marquise de Cat faction dubbed the Mechanical Marquise, which let one or more players take on the game itself.

The Clockwork Expansion updates the Mechanical Marquise rules to version 2.0, as well as adding automated equivalents (and similarly delightful names, plus artist Kyle Ferrin's gorgeous mechanised takes on the animals) for the base game’s factions: the Electric Eyrie, Automated Alliance and Vagabot.

The automated factions can be used to fill out smaller groups of human players (as the best way to play Root is with a full table) in competitive matches, or be faced by a single person or several players working together in any combination.

The Clockwork Expansion will be released later this year; it’s currently up for pre-order for $15.

Meanwhile, Root’s long-awaited roleplaying game spin-off, which was announced almost a year ago, is set to go live on Kickstarter today (September 17th).

The RPG, designed by Masks: A New Generation studio Magpie Games, is based on the Powered by the Apocalypse system and casts the players as vagabonds adventuring in the woodland world.

Several elements of the board game are said to play a significant role in the RPG, from travelling through clearings and forests to dealing with the warring political factions of the universe.

Root: The Tabletop Roleplaying Game is due to arrive with backers of the crowdfunding campaign in September 2020.