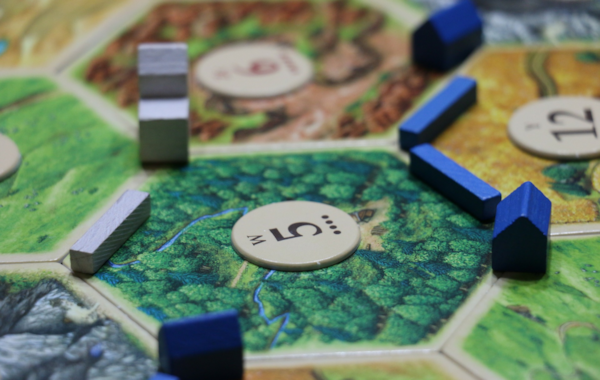 One of the figures instrumental in making The Settlers of Catan a massive hit has passed away.

Darwin Bromley was the founder of Mayfair Games, the publisher responsible for putting out the English-language version of Catan in the mid-90s, as well as other acclaimed games such as Agricola, Tigris & Euphrates, Patchwork and Isle of Skye.

Mayfair held the rights to Catan for close to two decades, before they were picked up by Asmodee in 2016. In that time, the game, its expansions and spin-offs sold 23 million copies around the world.

Mayfair offloaded the rest of its catalogue of games – including Lookout Games, the Eurogame-focused label Mayfair acquired in 2013 – to Asmodee early last year, effectively bringing the company to an end. Lookout remains an independent studio under the Asmodee banner.

As well as founding the Mayfair, Bromley was a designer in his own right, having co-authored Empire Builder, one of the first prominent ‘crayon rails’ route-drawing train games, with Bill Fawcett. Mayfair was created to publish the game in 1981. Bromley also contributed to Sim City: The Card Game, based on the computer game, in the mid-90s, alongside several other titles.

In March 2018, Bromley and his late brother Peter donated more than 4,000 games and 8,000 library titles – including roleplaying books and materials – to The Strong museum in New York, the single largest gift ever received by the museum dedicated to play and home of the National Toy Hall of Fame. The collection represented more than 50 years of games played by the brothers, spanning from two copies of Dungeons & Dragons’ rare White Box to 1950s wargaming journals and nearly complete runs of magazines such as White Dwarf and Dragon.

Bromley passed away on January 1st. The reason for his death has not been disclosed. A memorial service will take place in Jacksonville, Florida on January 5th.

Among the tabletop industry figures to pay tribute to the designer and publisher on social media were Atlas Games president John Nephew, author and designer Matt Forbeck, fantasy writer Margaret Weis, and Munchkin artist John Kovalic, who called Bromley’s passing “the end of an era”.

Sad to hear about the passing of my old friend Darwin Bromley, longtime president of Mayfair Games.

I remember hearing about how someone was goofy enough to win an auction for a complete set of that new card game, Magic, in the summer of 1993. Word on the street was he paid like $600 for it. Crazy!

It's the end of an era. Darwin Bromley, founder of Mayfair Games, died yesterday.

Mayfair published Empire Builder in 1980, and were the original American publishers of The Settlers of Catan in 1996.

Very sad to hear of the death of Darwin Bromley, founder of Mayfair Games. I owe many happy hours playing Settlers of Catan to him!