COVID-19 is to blame for a great deal at present, from recent RPG delays, to convention cancellations, so where Portal Games have announced changes to their schedule for 2020 as a result of related issues, it’s sad news, but not entirely unexpected.

There's a few changes to note. Firstly, two of the games that it had planned to release in 2020 have now been pushed back to 2021. Theses are Million Dollar Script, and Vienna Connection.

In addition, it had sought to arrange Year of the Moloch celebrations. There would be a large tournament, with players found over the lead up to it who would challenge the Champions of Poland, which was scheduled for September 5th 2020. However, the smaller tournaments and teachings leading up to this have not been possible, and nor now is the final competition at the convention able to go ahead.

It was this convention cancellation that causes further impacts the release of a number of Neuroshima series products, which were due to premiere at the event, as well as a new board game. Instead, pre-orders have begun online, but three game premieres have been postponed. The convention itself will be held online, expected to include more details provided regarding remaining premieres, as well as the year of Moloch Celebrations at it.

However, there remains some good news, in that it has confirmed that a number of its previously announced products will continue as planned – Detective: Signature Series – Dig Deeper will release in June 2020, Imperial Settlers: Rise of the Empire in July 2020, Empires of the North: Barbarian Hordes will premiere in August 2020, and Detective: Season One in September 2020.

Plus, we have the two new titles announced for 2020 – Neuroshima Hex 3.0: Troglodytes, Monolith Arena: Golems. The former is an expansion to Neuroshima Hex: 3.0, with the Troglodytes army battle units and battle tiles. This can be pre-ordered on Portal Games site, for release in the third quarter of 2020. The latter, is a new faction for Monolith Arena, where you’ll take on the role of constructors and mighty golems in the arena. No information as yet as to how to pre-order, but it’ll be released like the former in the third quarter of 2020. 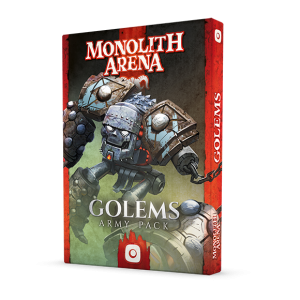