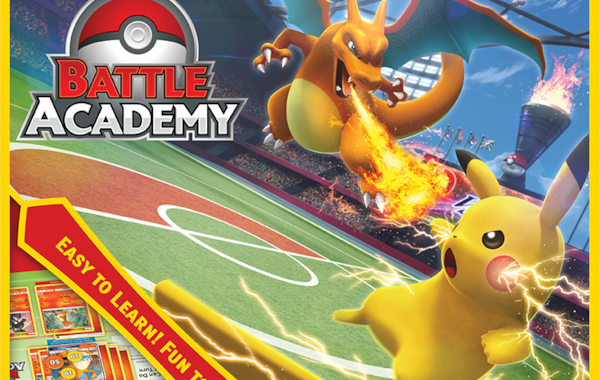 Pokemon, despite being a global franchise with an unimaginable level of merchandise, is synonymous with the Pokemon Trading Card Game, which launched the little pocket monsters into the world scene. In the time since, with numerous cards added, we’ve seen huge championships and highly sought after cards, where its popularity certainly hasn’t waned. It’s particularly exciting then, that The Pokemon Company International has announced the Pokemon Trading Card Game Battle Academy.

Bringing Pokemon to the board game world isn’t a new idea, and we’ve seen it done both successfully, and not so successfully, but this one is specifically exciting, as it’s the first board game adaptation of the trading card game itself. It’ll provide everything that a trainer will need to master the basics of the Pokemon game, including the necessary trading cards, but is aimed at families, the casual collector, all the way to the avid competitor.

J.C. Smith, senior director of consumer marketing at The Pokémon Company International said that “Battle Academy is designed to be easy to learn and fun to play for all types of Trainers, including children and parents that may be new to the Pokémon TCG.”

Much like Pokemon Lets Go was to the Pokemon series, this seems to be an attempt to make the entry into the game more accessible. Given the longevity of the Pokemon Trading Card Game, and the huge world of information this represents, its accessibility to new players can be a barrier to entry, whereby this seeks to address and rebalance that concern.

The game itself will be available worldwide on July 31st 2020, available online and in participating retailers. It’s for two players, and the box will contain the game board, three 60 card decks, tutorial guides, and gameplay accessories, as well as a code for the Pokemon Trading Card Game Online App, available on Android and iOS and Pokemon.com. Games will take around 30 minutes to play, and the recommended age is 6+.