The British are wheeling out some heavy firepower courtesy of Perry Miniatures as part of their Zulu War range.

The range includes a British Gatling gun and crew, a field gun limber (a horse-drawn set of wheels and mount for heavy weapons) and a Gatling gun limber. The weapons and limbers have been sculpted by Rob Macfarlane. All of the crews come wearing the famous British Pith helmet, and some sport some fairly impressive face-fuzz with muttonchops and moustaches.

In addition, Perry have also released a set of Natal Native Contingent heads (for the Zulu War) and a Second Afghan War British Royal Horse Artillery limber and 9pdr gun. The Native Contingent heads are in metal and come with 36 heads per blister. The 9pdr gun includes six horses, three riders, two seated crew and one field gun. 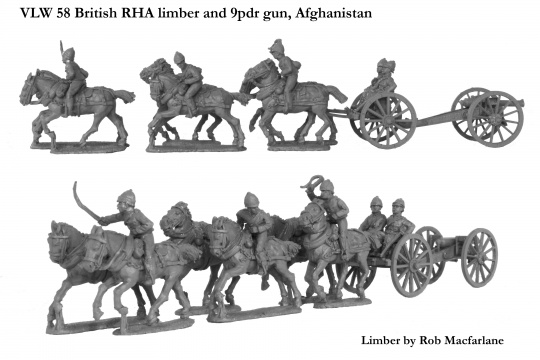 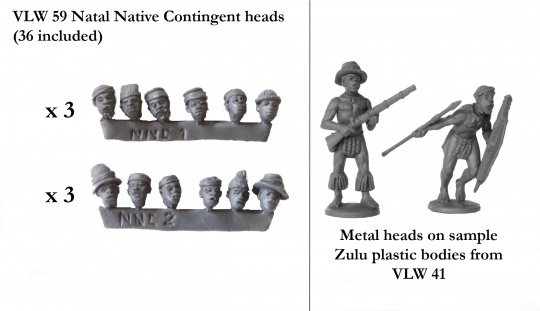 The Anglo-Zulu War was a campaign in 1879 between the British Empire and the Zulu Kingdom. The conflict was notable for a number of famous military engagements, in particular the Battle of Isandlwana and the Battle of Rorke’s Drift. The latter engagement was fought between B Company of the 24thRegiment of Foot, accompanied by the 5thCompany of Royal Engineers, and the impi of Prince Dabulamanzi kaMpande, and was immortalised in the famous 1964 war epic film Zulu, featuring a young Michael Caine doing a terrible British upper class accent.

Perry Miniatures is a family run company owned by the famous Perry brothers, who originally rose to prominence in the wargaming world through their work with Games Workshop. They were responsible for creating the miniatures for the Bretonnians in Warhammer Fantasy Battles – a human faction themed around Arthurian knights. Perry Miniatures now focuses on producing a range of metal and plastic figures for various historical conflicts, including the American Civil War, the Napoleonic Wars, the War of the Roses and the Second World War.