Do we start singing now, or..?

Bardsung is the newest Kickstarter from Steamforged Games, combining elements of popular RPG with a dungeon crawler board game in what looks to be an epic venture, taking around 50 hours to play and starting with a pledge of £75. We added some information when Steamforged Games released reveals of the components before the Kickstarter, as well as some of the incredible writers contributing to the stories told within it.

Adding to the impressive line up of Rhianna Pratchett, who will be creating the campaign storyline and adventure for the game itself and is known as an award winning writer for the rebooted Tomb Raider games and more, plus the needs-no-introduction Ian Livingstone, and 5e compatible wheelchair creator Sara Thompson, are two new names that bards have probably considered for songs already.

The first is Luke Gygax, a name you'll likely immediately recognise as sharing the last name with Dungeons & Dragons co-creator Gary Gygax and for good reason - Luke is his son. He founded Gary Con, a memorial convention for his late father, and is dedicated to ensuring that the D&D legacy lives on. He'll be writing an adventure for the campaign. 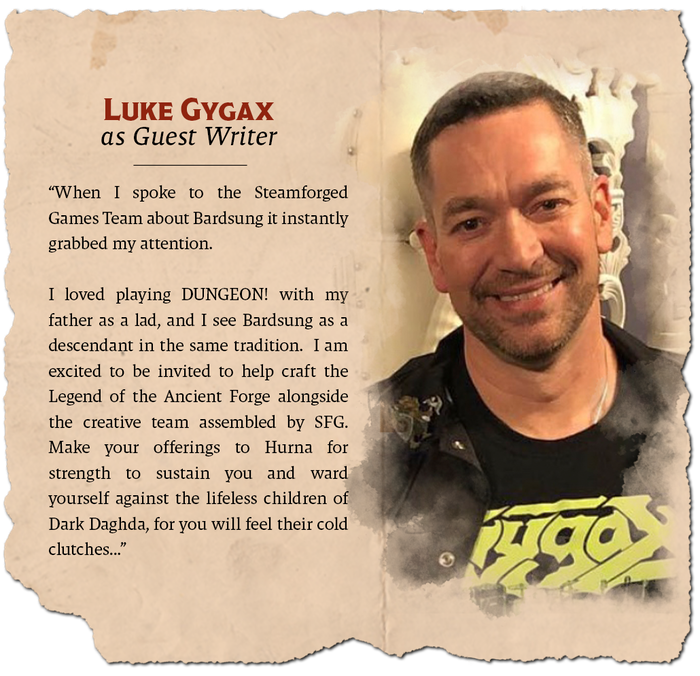 The second announced (so far!) is Jonathan Green. He's a prolific writer, with more than seventy books to his name, covering everything from Fighting Fantasy adventure game books, to Doctor Who, Star Wars: The Clone Wars, Warhammer, Warhammer 40,000, and a whole lot more. He'll be writing a standalone adventure, which will contain elements of "steampunk, golems, things with too many tentacles, and Scandinavian/British folklore. I also enjoy a good mystery". 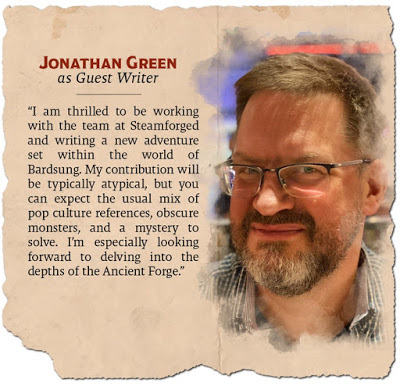 There is of course still time to back Bardsung, and you can do so over on Kickstarter up until November 27th 2020. Late pledges will be available, and as it stands the game has funded to the tune of almost £390,000 of its £76,000 goal.