No, its not a new Sherlock Holmes game, but we could still use the detective skills!

As you may have seen on Twitter, over the past few days a number of us in the Tabletop Gaming industry have been receiving postcards. These postcards appear daily, with nothing written on them but the address, and a hashtag - #MIMA20

We know this to be Tabletop Gaming related, but that's about all. Each of the postcards has its own art, black linework of a metropolitan scene, seemingly quite lovely. As more were received, it became clear this was a puzzle - they fit together as part of one single drawing.

(Picture quality hampered by COVID equipment restrictions, but you can take a look, and individual pictures are below!) 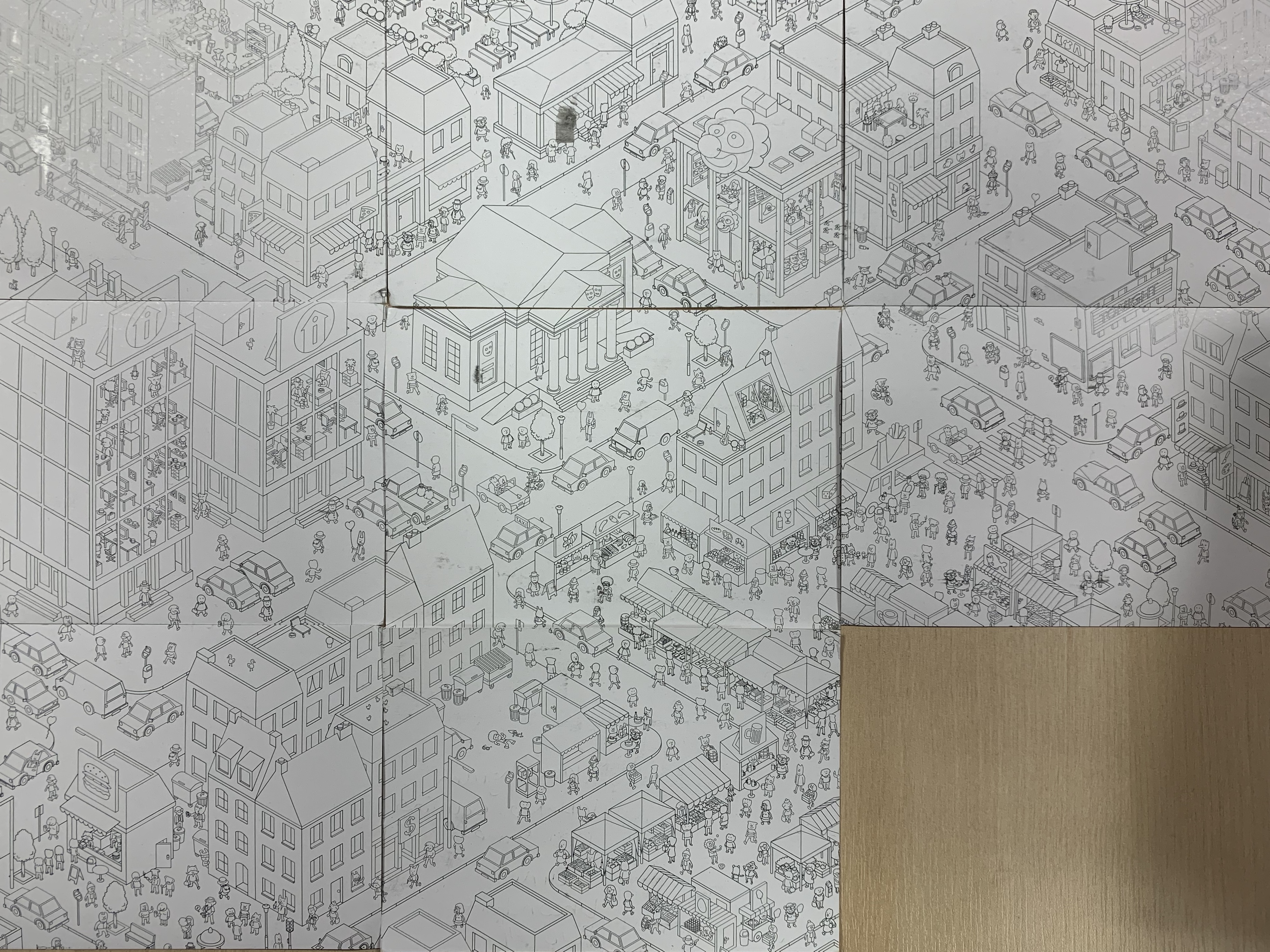 However, there's nothing yet to identify a game, or a publisher, and actually it's not quite as it seems either. As you look closely at the images, you start to be able to track a figure repeating throughout. He crops up, loading money into a backpack, but is later robbed at gunpoint. That figure then looks to dispose of the gun and picks up a new disguise...

It seems every time you look, there's a little something new!

As you can see, we're missing the picture in the bottom right! Assuming of course, we're looking at a 3x3 grid. Hopefully, we'll have an answer with the next postcard. For now, though, who do you think this is from, and what game do you think it's showing off?

Pictures are from left to right, top to bottom: 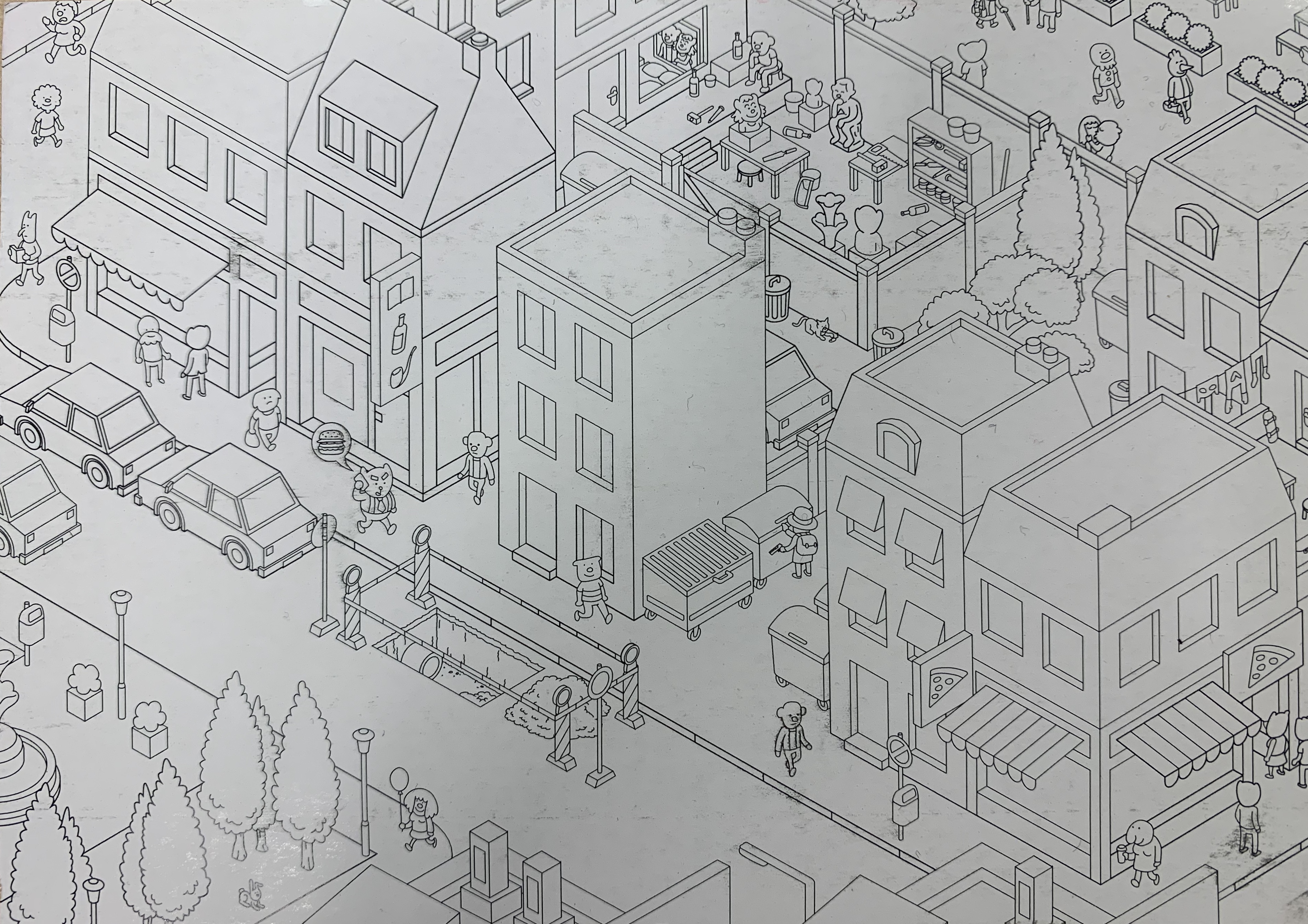 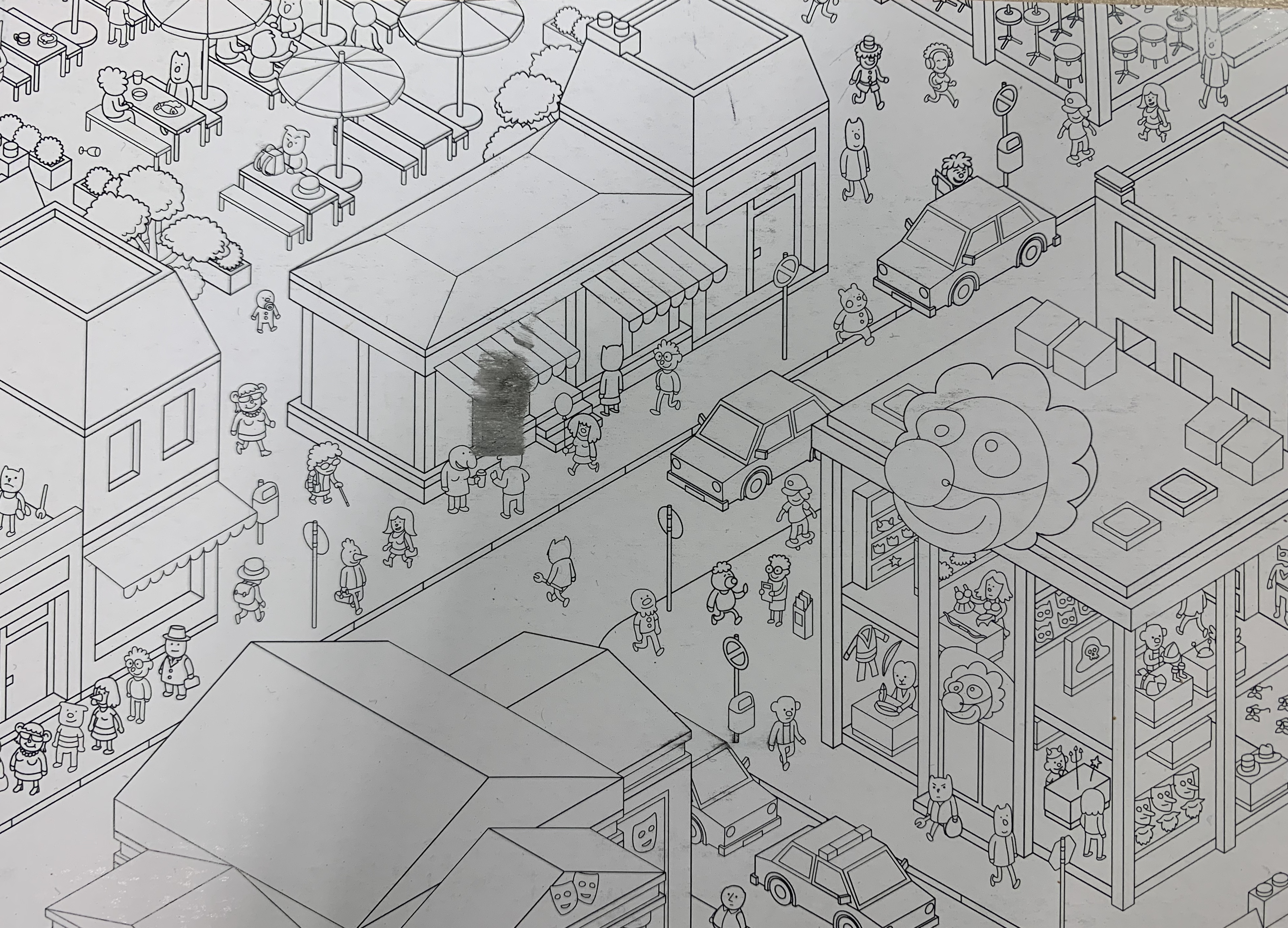 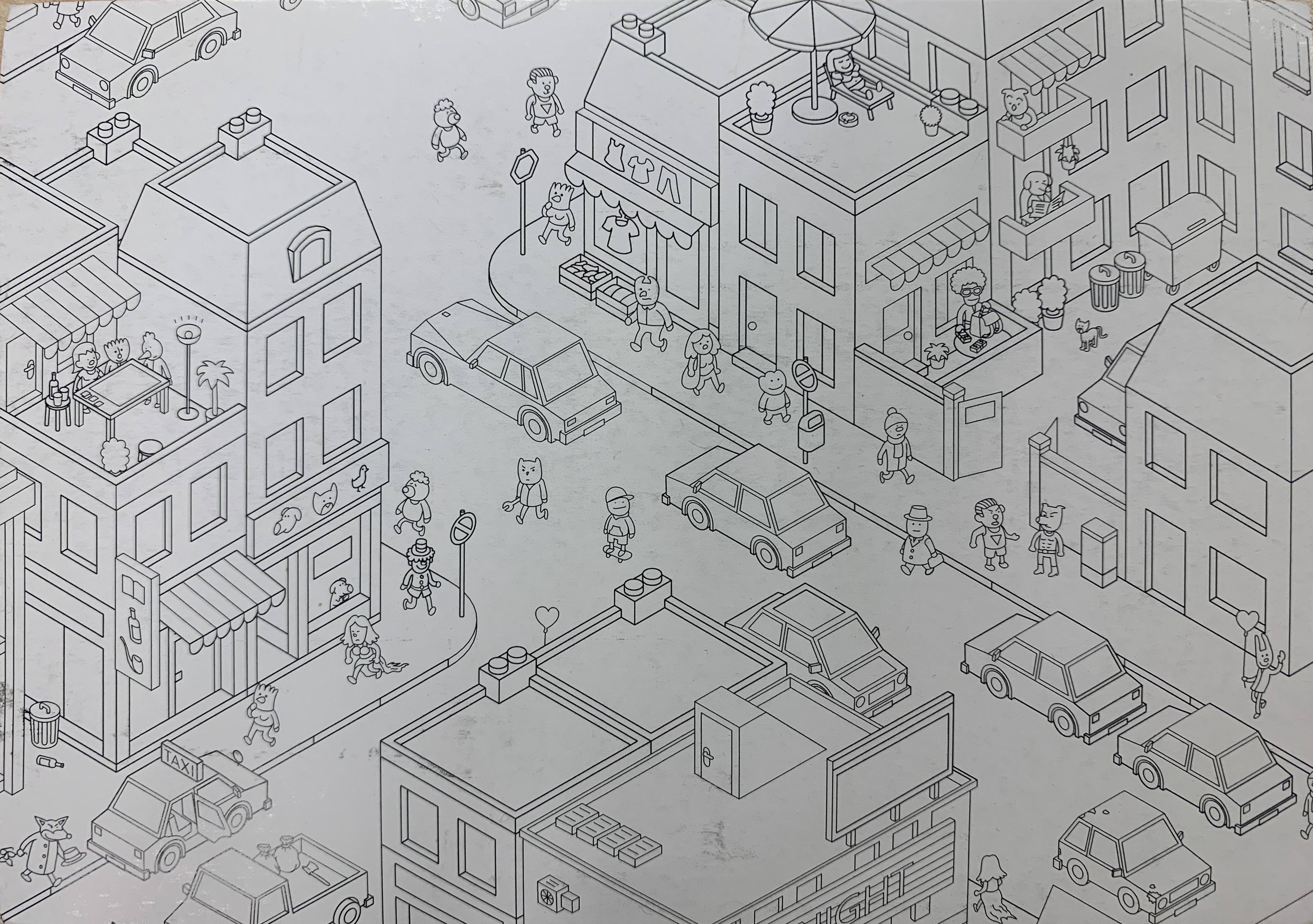 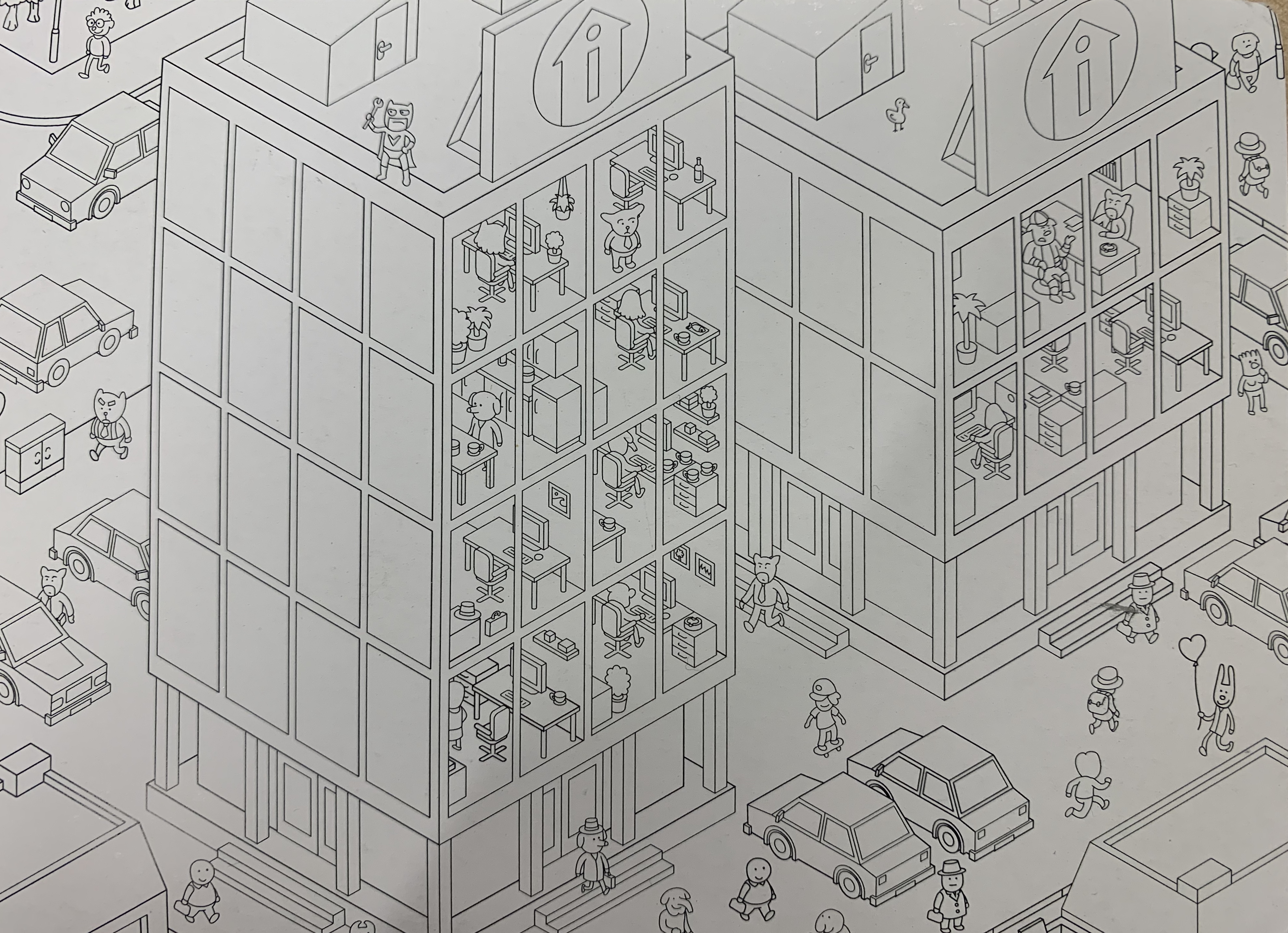 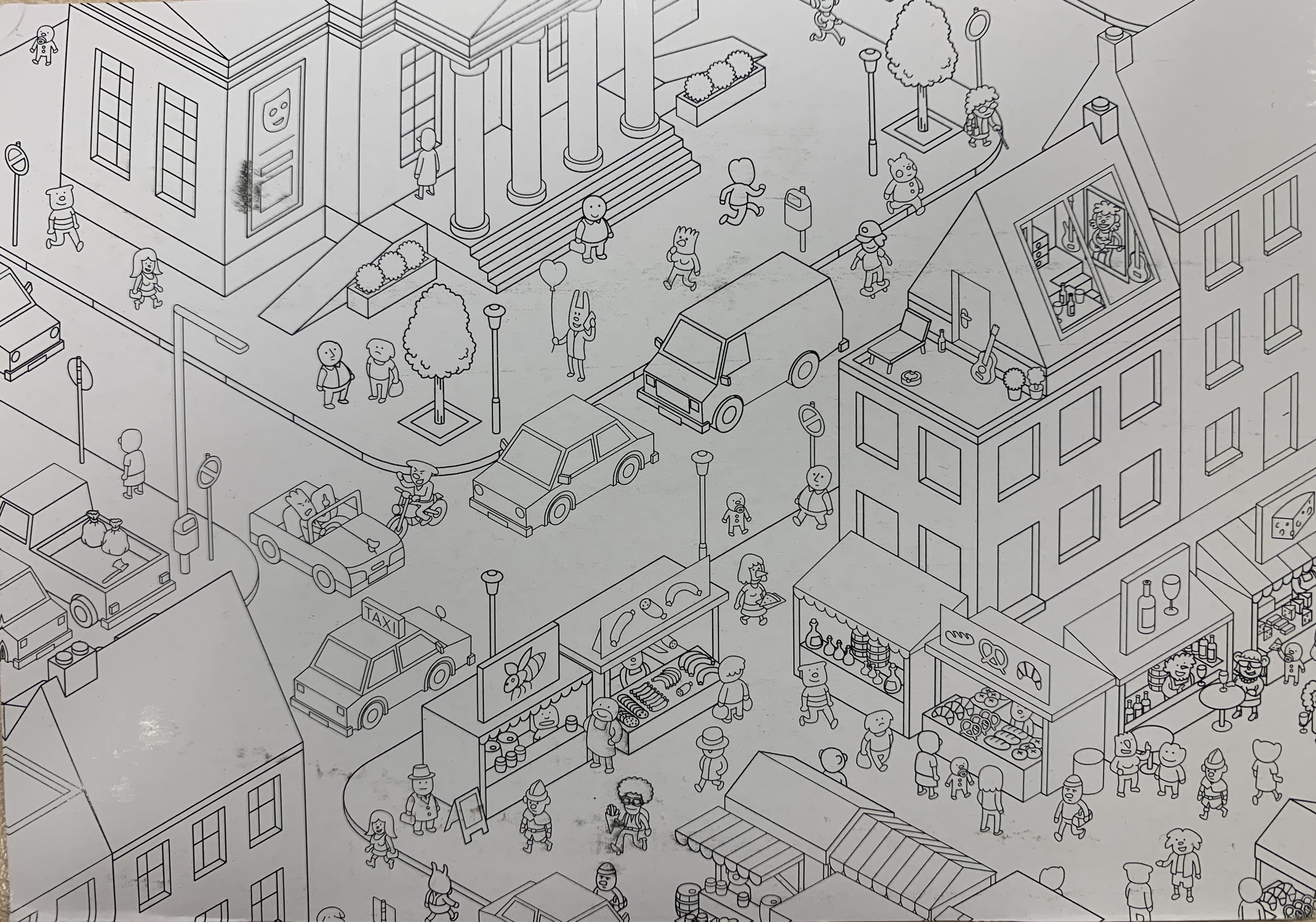 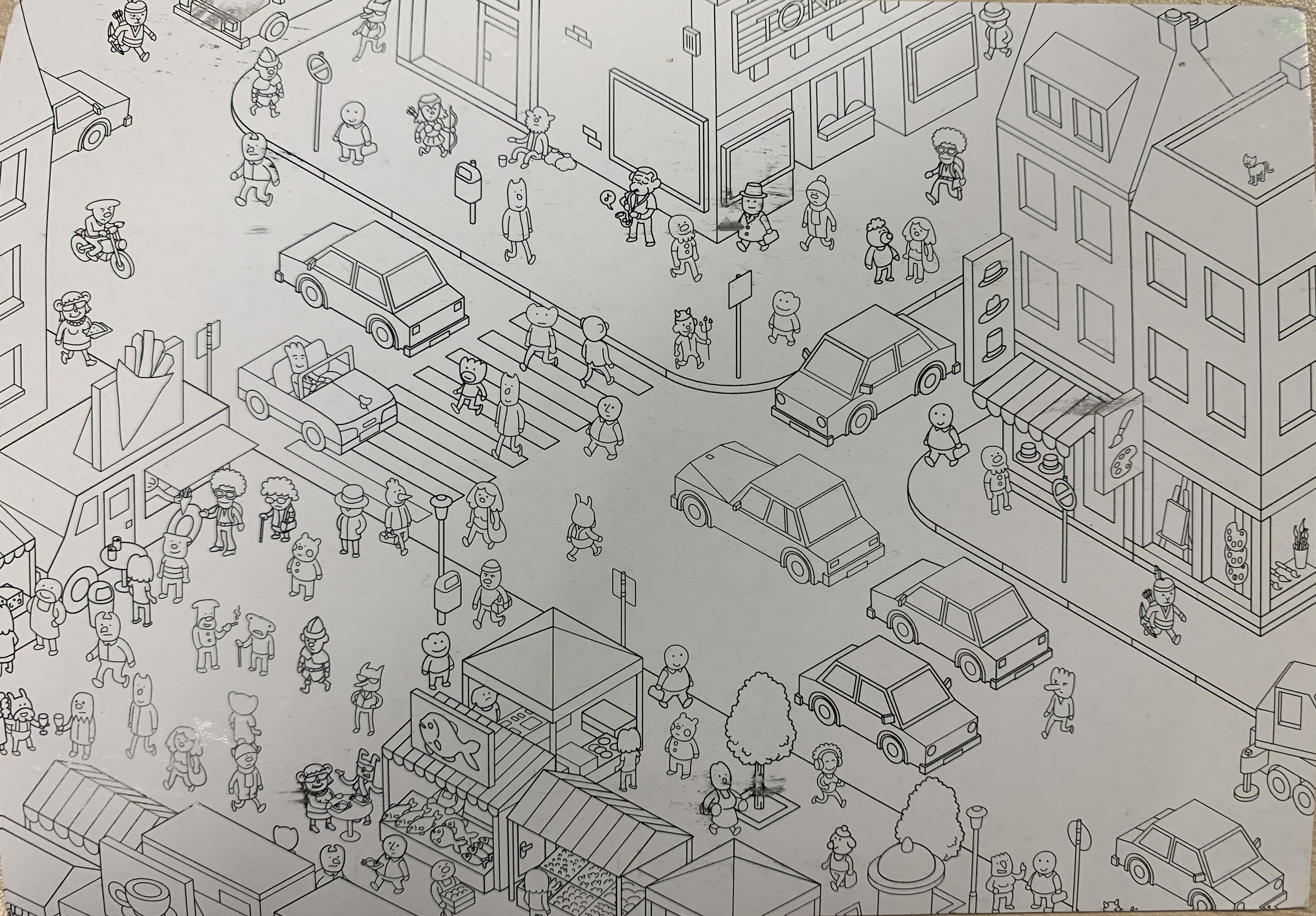 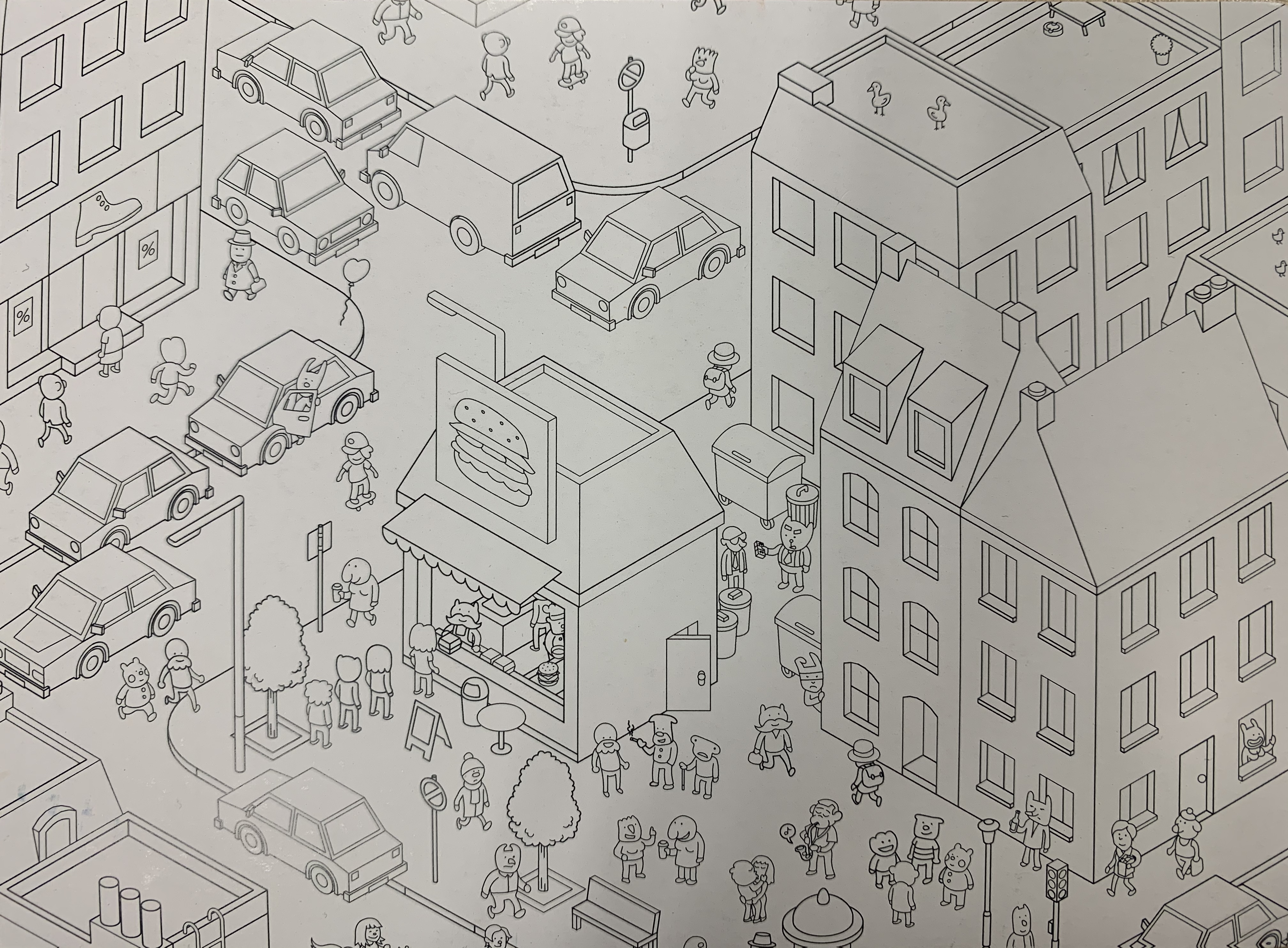 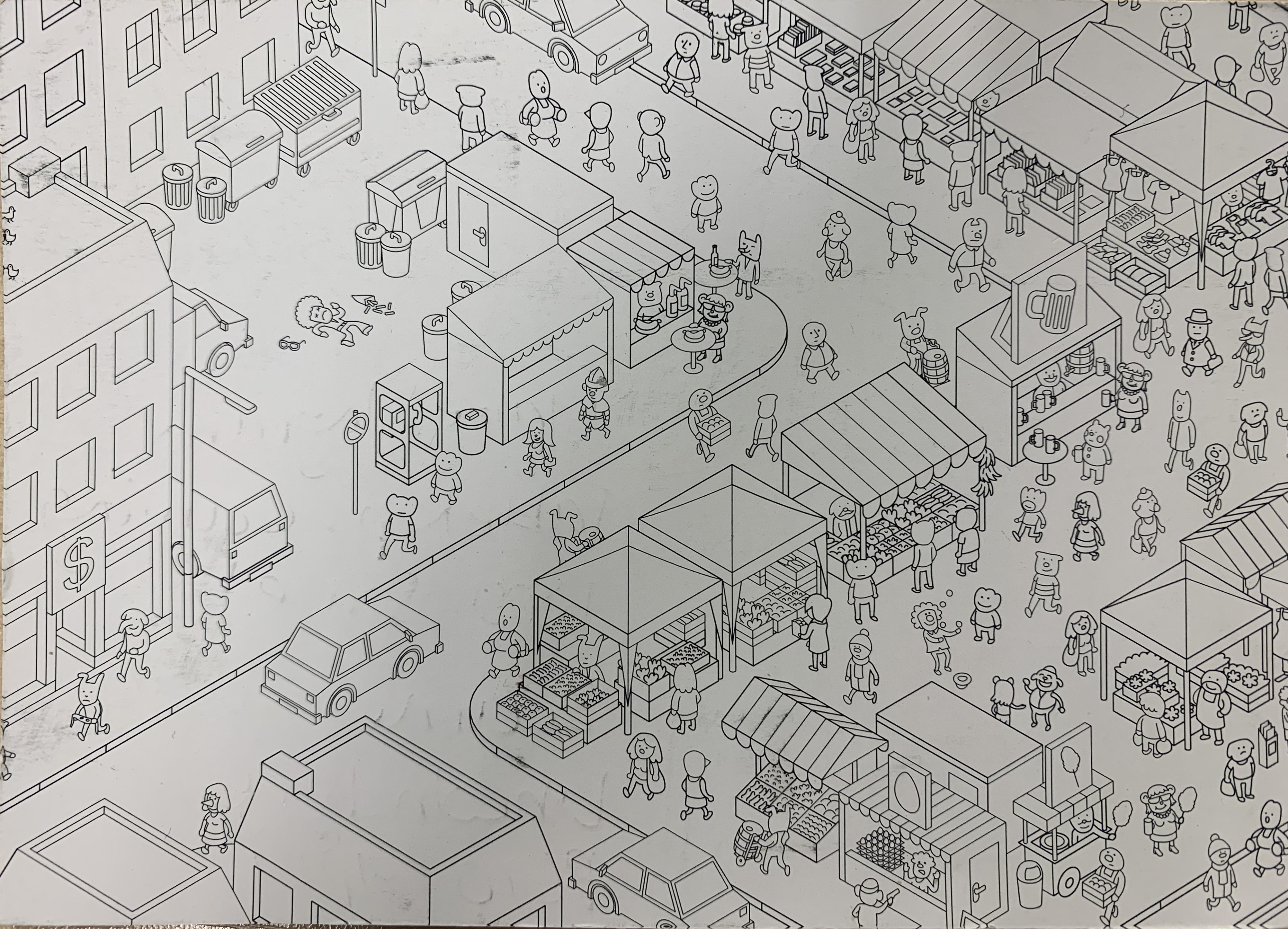