And, raising money for Charity!

Let’s be honest, every part of that title sounds great. Well, it’s all real, thanks to Mantic Games. Working with Dark Horse Comics, and Mike Mignola, they’re releasing Giant Robot Hellboy, to be a new playable character in Hellboy: The Board Game in solo mode (as he hardly needs help!).

We’ve often commented on the silver lining of creators being stuck inside as part of lockdown, and one such as that Mike Mignola was regularly posting new illustrations, from all sorts of popular culture areas. However, Giant Robot Hellboy, a massive mechanical version of Hellboy, was the one that caught the eye of Mantic Games, who have now worked to bring it to reality. 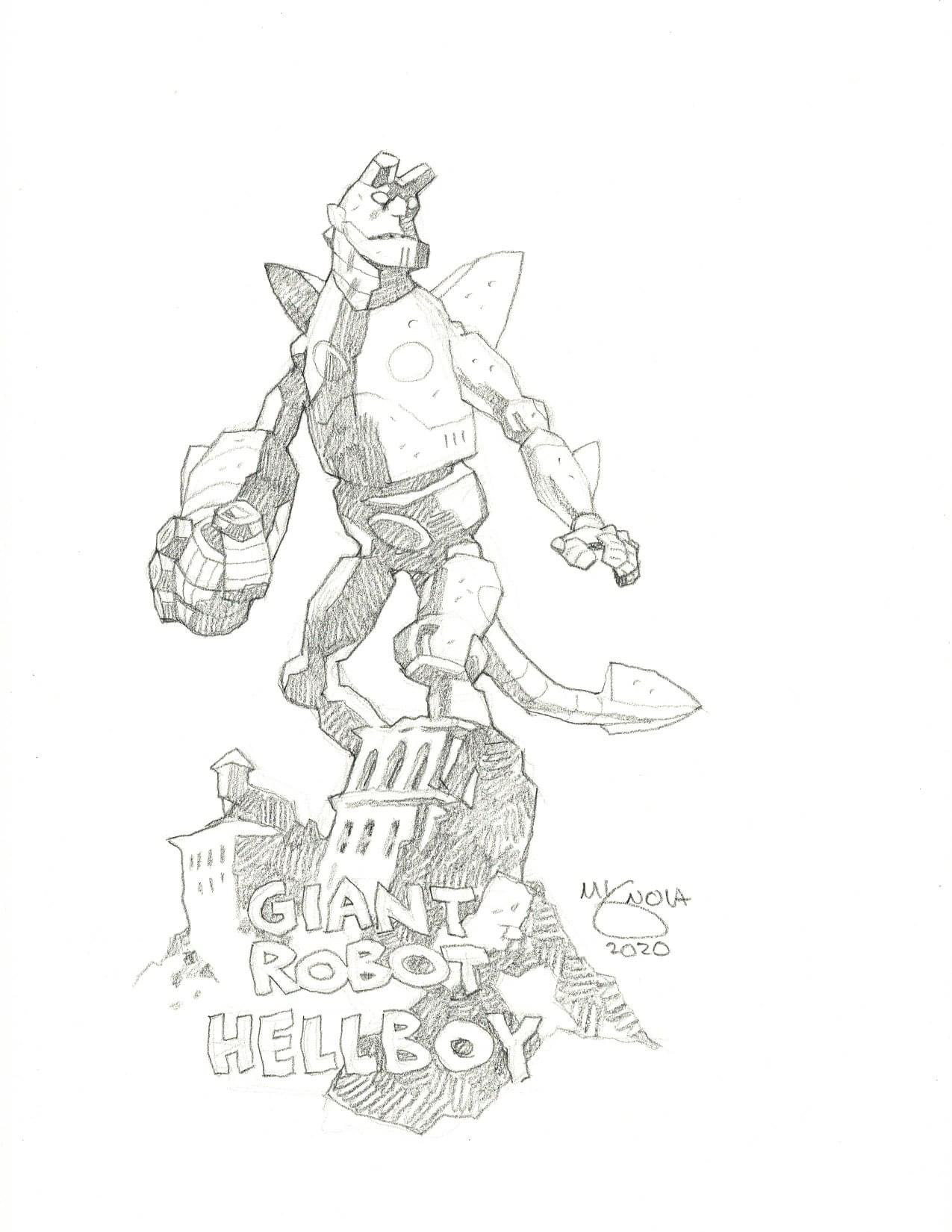 “When we saw that illustration, we just knew we had to make a model of it,” explains Ronnie Renton, CEO of Mantic Games. “Plus, we really wanted to do something to compliment the fantastic work Mike Mignola has done to raise money for World Central Kitchen during this difficult time.”

Mantic is providing 10% of the proceeds of each Giant Robot Hellboy to World Central Kitchen, the charity Mike Mignola has been raising money for, meaning that each purchase helps fund the charity providing meals to those people in need.

These will be limited edition, and will be handmade in resin. It can be pre-ordered from Mantic Games, with shipping expected throughout July.

The good news continues though, as, in addition, Mantic Games has confirmed later this month they’ll be releasing the B.P.R.D Archives expansions, that let you create your own missions for Hellboy: The Board Game, with new case file cards, minions, and a choice of boss. It confirms that he B.P.R.D. Archives, along with Baba Yaga and Hecate boss expansions, will be launching in stores this June

You can find all of these over on the Mantic site, including pre-order options.