I Ain’t no fortunate son, no!

I love the smell of lead in the morning! Empress miniatures are taking preorders for their upcoming line of US infantry from the Vietnam War. As well as sporting the signature M1 helmet and all the usual webbing, water canteens and so on, the miniatures are armed with M16 rifles, which replaced the M1 Garand as the standard infantry rifle after entering U.S. military service in 1964 (and was itself replaced with the M16A1 in 1969).

There’s also miniatures armed with M79 ‘blooper’ grenade launchers, as well as M60 machine guns. It’s a neat touch that the ammo belts for the M60s have been cast separately in white metal, as it’ll let modelers bend them slightly to attach to the miniatures as they see fit.

According to Empress Miniatures’ Facebook page, the figures have been sculpted by Paul Hicks, with the weapons by Ian Armstrong. Currently, Empress are looking for a release date of early April, in time for this year’s Salute. 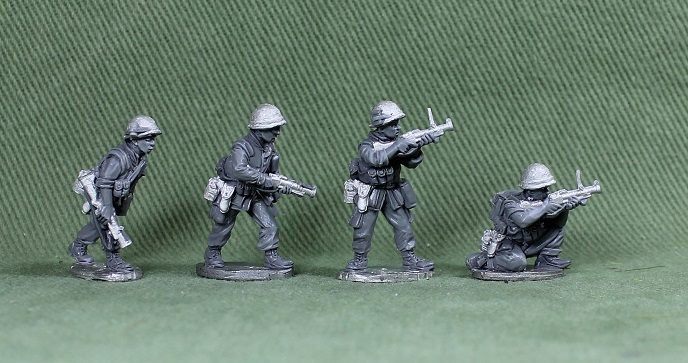 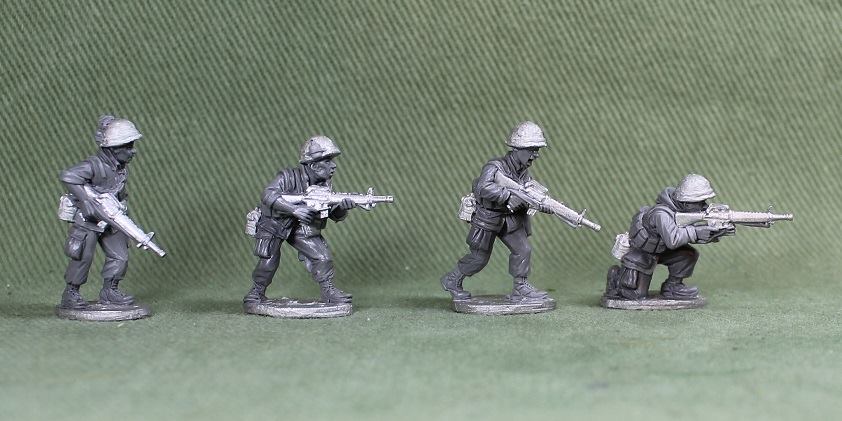