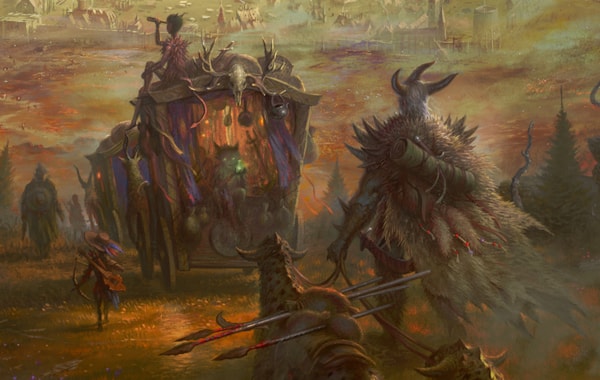 The designer of Gloomhaven has announced an upcoming spin-off from the sprawling RPG-in-a-box board game and more details on the game's next big expansion.

Isaac Childres’ legacy game-meets-RPG-meets-Eurogame behemoth was released in 2017 after a successful Kickstarter in 2015, and has since maintained a steady position as one of the most widely-acclaimed games around. In our own review, we called it "an epic achievement in both scale and ambition". In early 2018 it even managed to dethrone fellow critical darling Pandemic Legacy from the top of BoardGameGeek’s rankings, a position it’s held onto tightly since.

Despite the original game coming with dozens of hours of campaign gameplay, Childres added another collection of scenarios, a new character class and extra monsters in last year’s expansion Forgotten Circles.

The designer also expanded the world of Gloomhaven with a prequel board game, Founders of Gloomhaven, which saw players engaging in worker-placement and tile-placement to build the city they explored in the first game. Dan found the game a ‘crushing disappointment’ in our review, calling it “a frustratingly over-complex and unintuitive brain-drainer”.

Childres has now announced that he’s working on another “Gloomhaven-related side project”, which has apparently been in the works for a couple of months and is "taking shape faster than [Childres] expected".

The upcoming spin-off will be revealed by the designer as part of a talk about Gloomhaven at this year’s SHUX convention on October 4th.

Childres remained quiet on any further details, but confirmed that it was a different game to What We Found There, a worker-placement Eurogame also in development.

In the same blog post, he also teased more information on Gloomhaven’s next big expansion, which he said should be unveiled “right before a certain convention in December”.