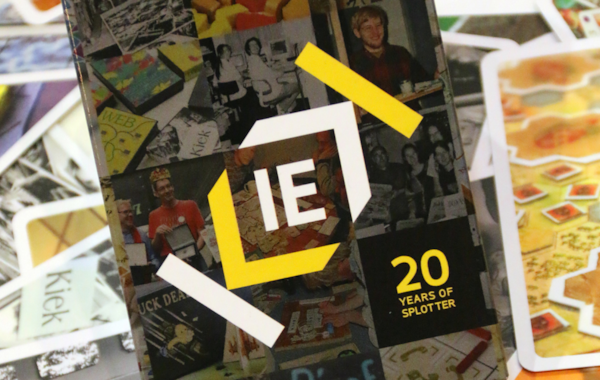 Splotter is a studio known for producing excellent but incredibly hard-to-find gaming gems such as Food Chain Magnate, Antiquity and Roads & Boats. But even those games seem relatively easy to track down compared to the very first titles made by the Dutch outlet, which started out by selling just 20 copies of homemade games back in 1997.

To celebrate its 20th anniversary, Splotter is republishing one of its earliest games in a special ‘fan edition’.

Kiek – a Dutch word meaning snapshot-style photographs – is described as being much lighter and faster than the lengthy heavy Euros that would come to define Splotter’s success in later years, and was originally developed in 1997 before being published the following year.

The game involves players trying to organise a collection of photos, and can be played for anywhere from 10 minutes to two hours or more, as the requirements keep shifting.

The special version of Kiek will feature 60 pictures from throughout Splotter’s history, including images of its games, prototypes and historical moments.

Splotter says that the new version of Kiek is largely aimed at its fans, who might be quite shocked by the differences between it and its later games.

“Although it is playable as a game, it's mostly fun if you've been following Splotter for a while,” says the description.

“As we feel this is more a fan item than a Splotter game, we have printed a very limited quantity only.”

At the time of writing, 114 copies of Kiek's fan edition remain on the Splotter store, costing €20.