First Look: Into The Odd Remastered Chris McDowall and Free League are set to launch a Kickstarter for a remastered edition of the indie classic Into the Odd. Into the Odd offers a rules light, flavour heavy game experience that does away with trifling things like rolling to hit other people – instead investing in plentiful interesting options for roleplaying in the mystical-industrial world in and surrounding Bastion.

The Kickstarter goes live on the 21st September 2021.

The Kickstarter see Free League coming on board to publish the game, with Johan Nohr of Mork Börg fame joining for design and art. You can check out the Kickstarter here:

Into the Odd Remastered

The game’s announcement come accompanied with a new teaser trailer, which you can watch below.

We caught up with McDowall to ask about the project, and what has changed for the upcoming game.

It’s exciting to see this new version of Into the Odd is on its way, how did the game come about? How did you get involved with Free League?

Chris McDowall: After I released Electric Bastionland I was surprised how many people were still using Into the Odd as their game of choice. The rules were largely the same between the games, but I'd underestimated how much people enjoyed the more horror-focused tone and running games in the mini-sandbox included in the book. I wanted to do something to give that original game a new injection of life and get people excited to bring it back to the table.

Free League reached out to me some years ago to write a dungeon for their Forbidden Lands Kickstarter. As part of that conversation they mentioned that they were fans of Into the Odd, and some time after Electric Bastionland's release they got back in touch to ask whether I'd want to do something with Into the Odd. Johan seemed like the natural fit to bring on board, and that's how we got here! 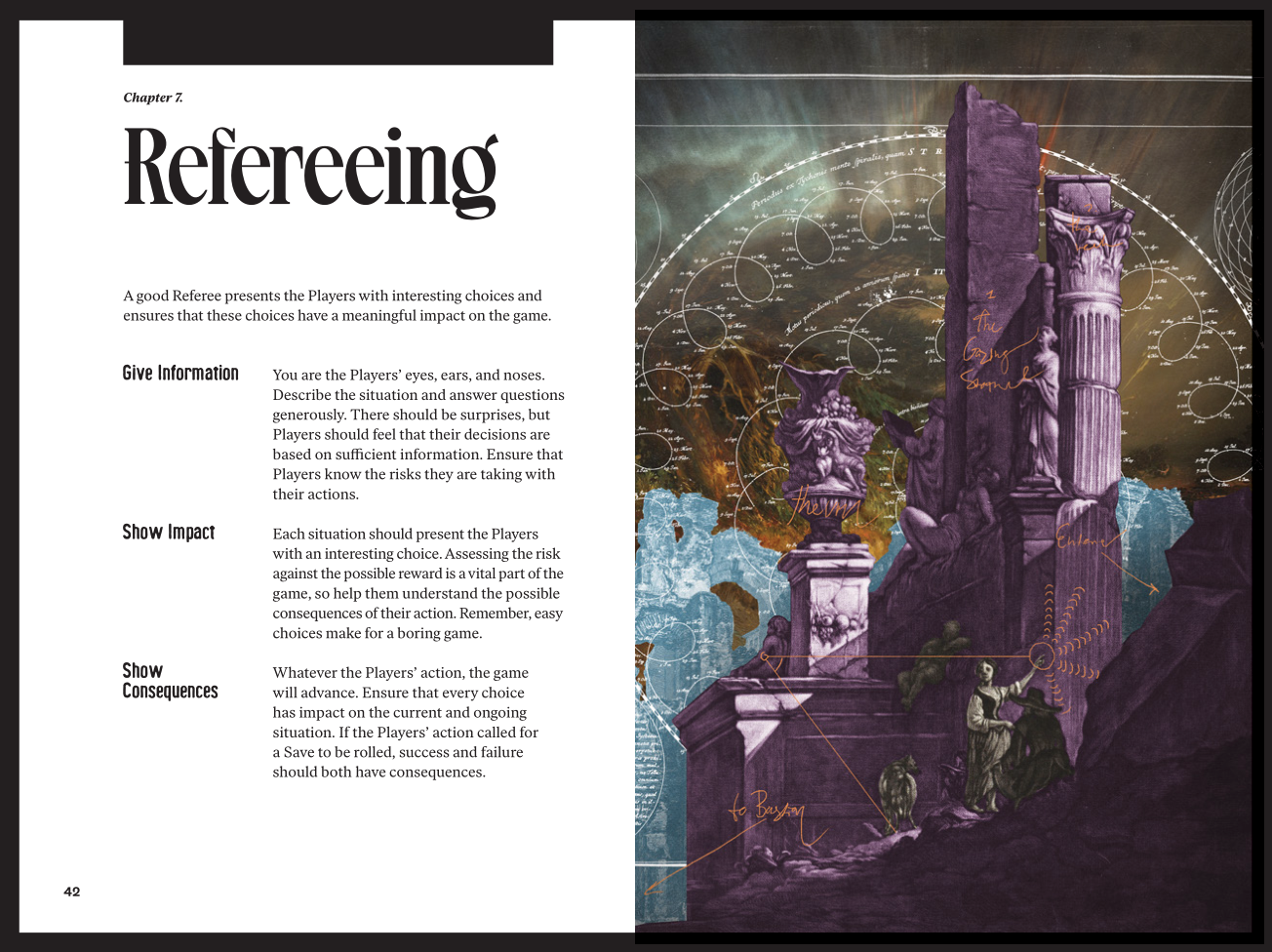 Tell us about any major changes to the system, have you tweaked anything in light of Electric Bastionland?

CM: I wanted to preserve the things that made Into the Odd different to Electric Bastionland, so it's really just a few small changes. A couple of small rules like Deprivation have made it over, and I've simplified how Arcana are used, but other than that I've been very restrained! 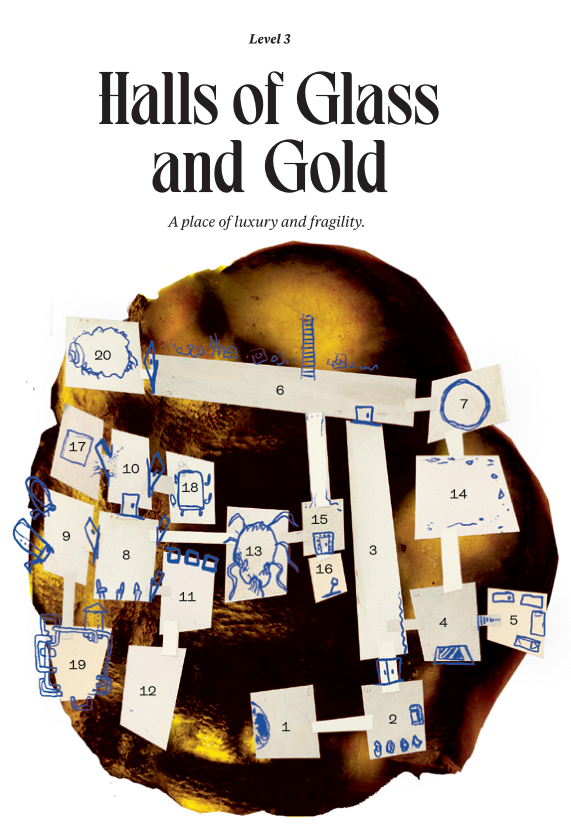 Are we getting a new starter adventure in the book?

CM: I wanted to keep the Iron Coral adventure in there, as people really seemed to like that dungeon, but I've expanded it out to triple its original size. Lots more strange treasures to find, but lots of new threats down there too. I've also expanded the Fallen Marsh wilderness that surrounds the marsh, so its hexes now hide a number of mini-dungeons that give more reason to go out exploring there. 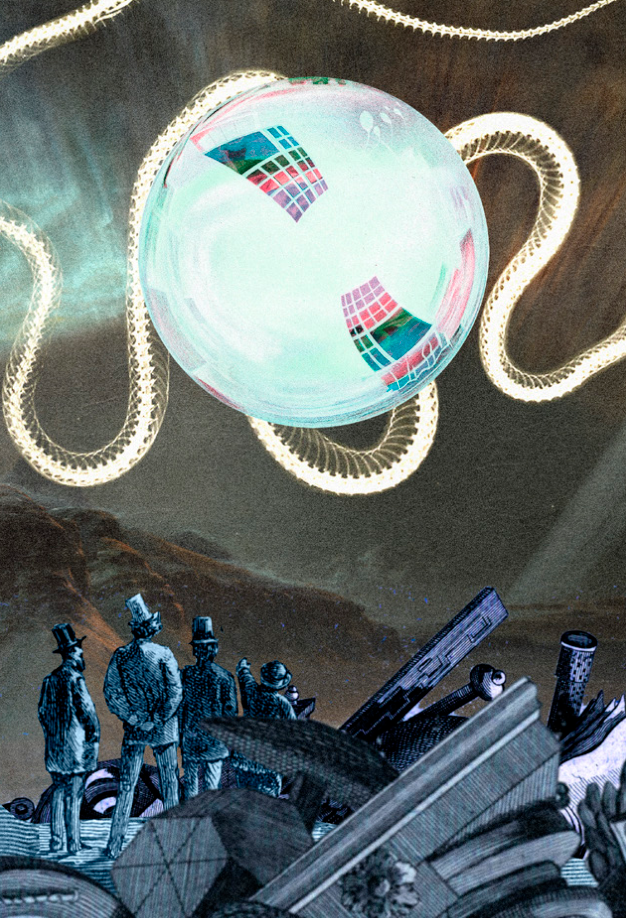 What has Johan done with the art direction?

CM: As much as I love the wild visuals of Mork Börg, we both knew that Into the Odd needed something strange but a little more restrained. I wanted it to look like a weird old book you might find in a secondhand shop, so he's used lots of that sort of imagery chopped up and warped to feel a little more bizarre and alien. Alongside that I wanted it still to feel modern and highly usable as an RPG book, so the text is actually laid out mainly with clarity in mind. I think we've landed on a good mix of order and chaos. 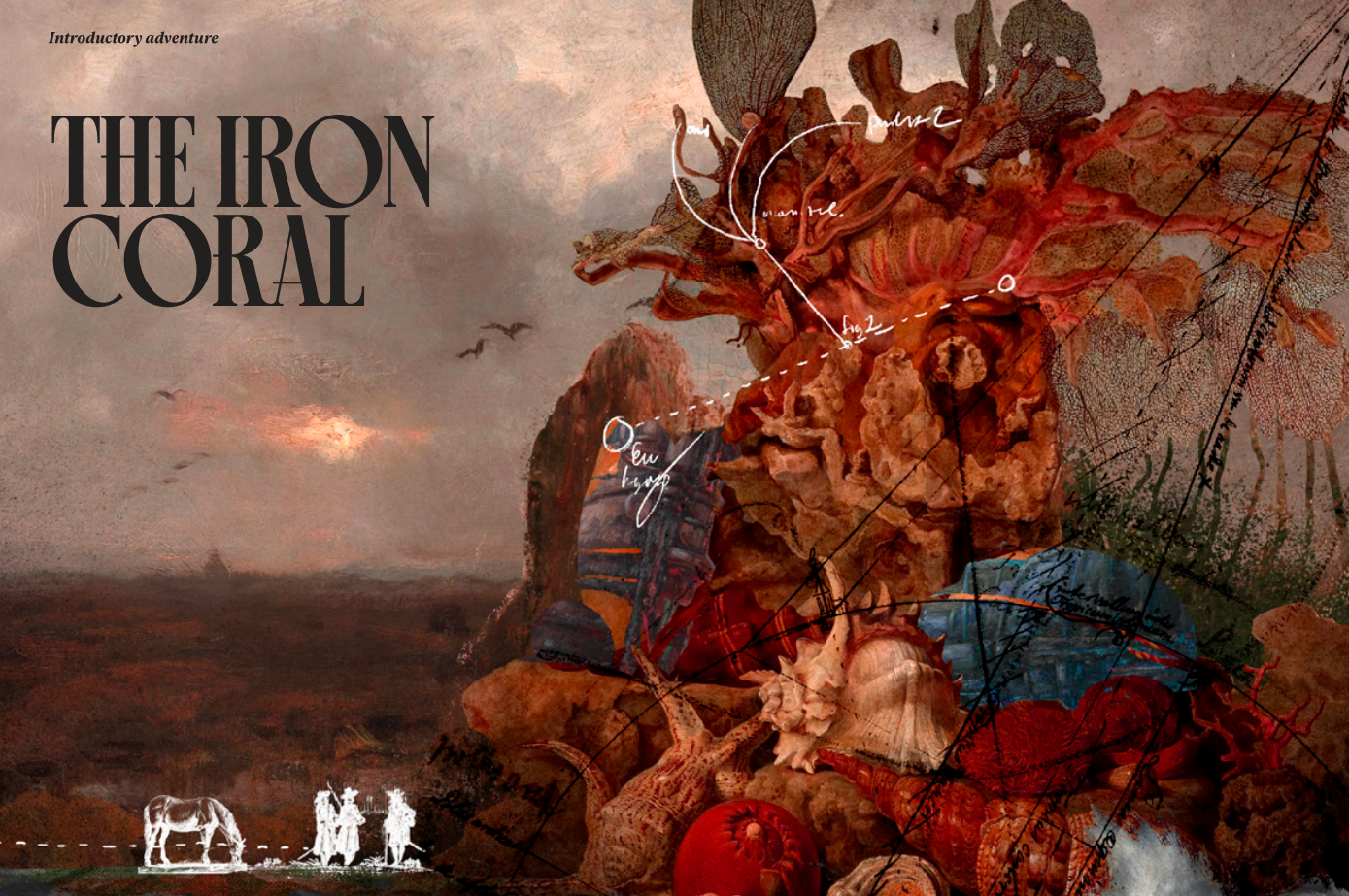 Anything you can tease for the Kickstarter?

CM: I love seeing everybody get so hyped about Kickstarters, and it's a great way to drum up a load of excitement for a new release, but I'm a bit of a purist when it comes to extras and stretch goals. Between myself, Johan, and Free League, we're going to make the book as beautiful and practical as we can, and I don't want those decisions locked behind targets. There are some stretch goals relating to digital releases that I'll send out around the time the books ship, but the focus is definitely on producing one fantastic book and getting it to people while they're still excited about playing it.