Fantasy book series Throne of Glass' dramatic finale, Kingdom of Ash, is being turned into a co-op card game 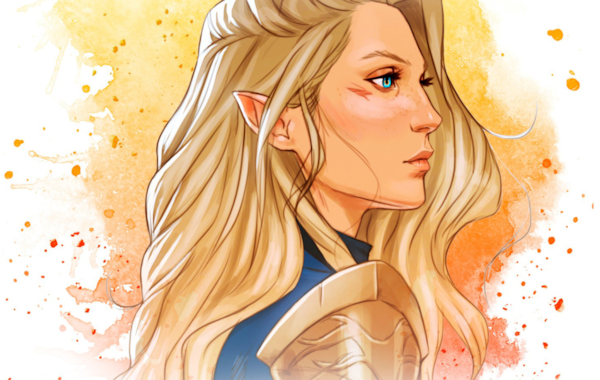 The conclusion to bestselling YA fantasy series Throne of Glass is getting an upcoming co-op card game spin-off.

Embers of Memory: A Throne of Glass Game is set during Kingdom of Ash, last year’s seventh and final instalment in Sarah J. Maas’ saga about a teenage assassin freed from slavery to serve the king that imprisoned her.

The series of novels started with The Assassin’s Blade in 2012, and has since been picked up for a TV adaptation currently in the works named after the fourth book, Queen of Shadows.

Embers of Memory will be a two-player-only co-operative game that follows series protagonist Aelin Galathynius – also known as Celaena – as she resists imprisonment and torture at the hands of Queen Maeve of the Fae.

Players will seemingly work together to explore Aelin’s memories and face her inner demons, facing challenges that ramp up in difficulty as the intensity of her trials increases and the story progresses.

Behind the adaptation is Osprey Games, the Lost Expedition publisher also working on a spin-off of magical novel Jonathan Strange & Mr. Norrell due this summer.

Responsible for Embers of Memory’s gameplay is Yasushi ‘Kuro’ Kuroda, the Japanese designer known for Unicornus Knights and The Ravens of Thri Sahashri, as well as punishing dungeon-crawling card game Testament, which will be released in English this year. Producing original artwork for the game is illustrator Coralie Jubénot, who previously contributed fan art to a special edition of A Court of Wings and Ruin, part of Maas' separate A Court of Thorns and Roses series.

Embers of Memory is due for release this October.